Editor’s note: This final installment in a four-part series describing key initiatives in Wake Forest’s strategic plan focuses on creating opportunity through financial aid. Previous articles have described a commitment to enhancing faculty-student engagement, education of the whole person, and reinforcement of connections between the liberal arts and the professions. 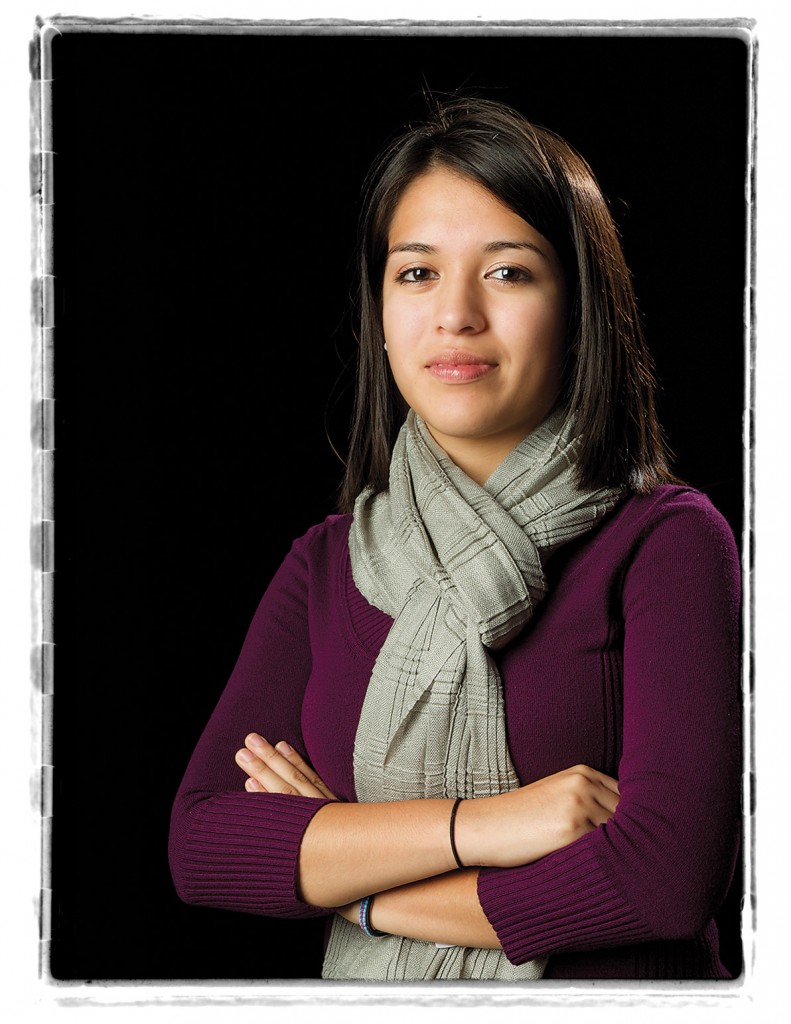 Nancy Aguillon (’13) had excellent high school grades, was class valedictorian and active in her community of Hendersonville, N.C. But she was from a family that had never sent anyone to college. “I’m the first one in my family to go. I never really imagined, even with financial aid, that I would be able to come to Wake Forest,” she says. “A teacher of mine told me to apply anyhow, and then try to make it work. She reminded me that a top private college like Wake Forest isn’t for the wealthy. It’s for those who work hard and earn it, no matter what background they have. I’m so glad I listened.”

For many first-generation students like Aguillon, a Wake Forest education wouldn’t be possible without financial aid and such programs as the Magnolia Scholarship, says Nate French (’93), director of the Magnolia Scholars Program. “That commitment to financial aid proves that the University is open to more than a single population. That aid is absolutely crucial to diversity, because diversity isn’t just about race; it’s also socioeconomic,” he says.

Almost 10 percent of Wake Forest undergraduate students are the first generation to attend college, and 63 percent of current undergraduates receive some form of financial aid through loans, grants, need-based or merit-based scholarships. No other characteristic defines the institution more precisely than its cherished principle of extending opportunity to those students who have the most to offer and to gain from a Wake Forest education, without regard to their economic or cultural backgrounds. 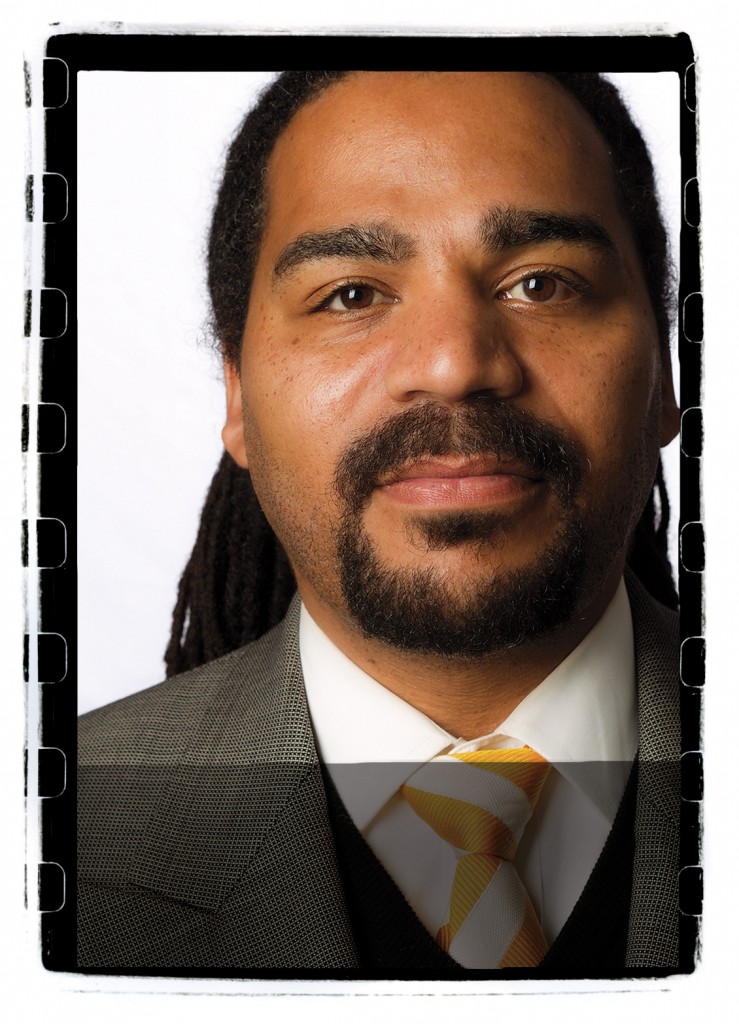 The cultural value is underscored in the strategic plan summary: “In earlier times, when Wake Forest was primarily a college in a largely rural state, offering opportunity to first-generation college students was a frequent and often informal process. Many alumni from the Old Campus have told stories of arriving in the town of Wake Forest — some by train, others even walking or hitchhiking — with little money and no promise of admission. To a person, each of these alumni remembers fondly the faculty member or dean or bursar who recognized a potential achiever and, acting in the hope of transforming a young life, provided the financial assistance needed for that student to enroll.”

This noble tradition has given alumni an advantage as they enter the next phase of their lives because they have learned to be open to new ideas, analyze their worthiness, and take enlightened action when it is needed. They are able to meet people very different from themselves and gain inspiration from those interactions.

Wake Forest’s challenge is to protect and extend the University’s capacity to offer opportunity, specifically in the form of financial aid. It is a serious challenge, as the strategic plan outlines, because the University’s endowment is significantly lower than its competitors.

The University was established and led by visionaries who were of modest means, many of them ministers and teachers. There was no founding major benefactor or endowment. As wealthier colleges saw their endowments snowball during the post-World War II boom, Wake Forest was making the celebrated move to Winston- Salem, which required significant investment of re- sources for infrastructure. The challenge of creating opportunity for the University’s historic constituencies has highest priority in the strategic plan. Incremental changes won’t be enough in such a competitive world.

Martha Allman (’82, MBA ’92), director of undergraduate admissions, is on the front lines in the campaign to attract the finest high school students to Wake Forest. When she first meets candidates and their parents, she expects tough questions about the school, its track record and its unique commitment to serving the greater good.

But, more and more, the first question she hears is, “What kind of financial aid is available?” Her answer? “If the candidate really wants to come here, really feels it’s the right place for them, I want them to know we will work tirelessly to make it possible. Because to keep Wake Forest academically strong, to keep it rich with diversity, we have to have financial aid. If you only accept people who can pay, you lose the vitality and energy that makes this such a special place for learning and growing.” 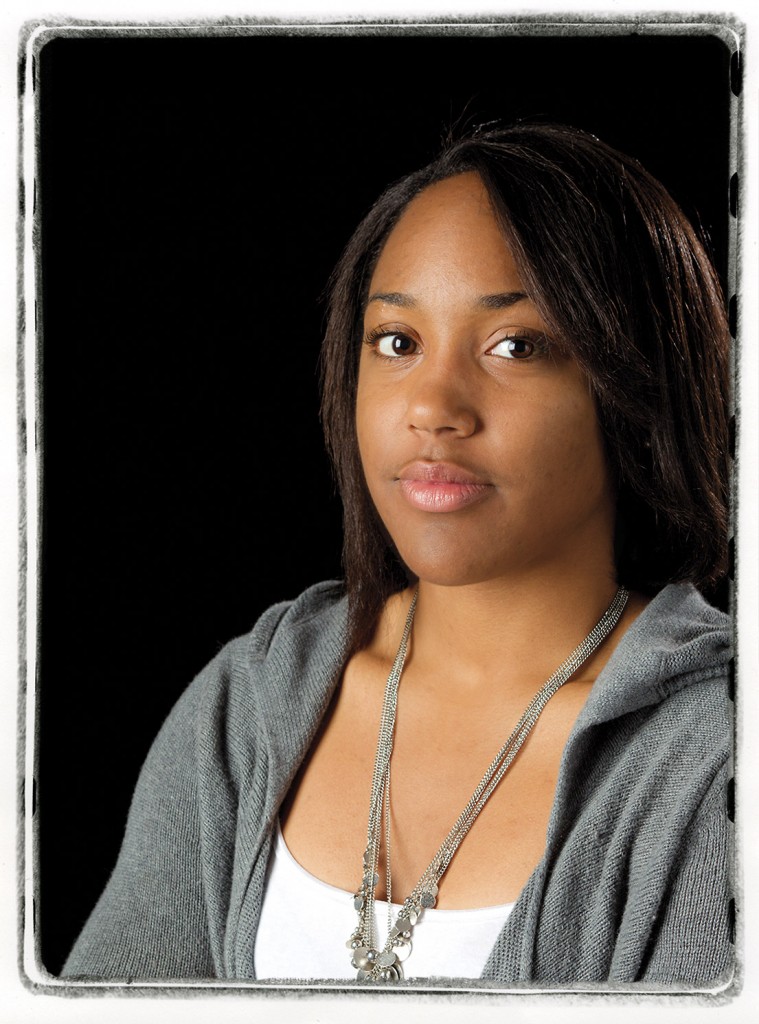 From a student’s perspective, Patrice Baptista (’13) of Hickory, N.C., echoes Allman’s assessment, offering simple advice to young people whose hearts might be set on Wake Forest. “I would say to any good high school student out there, come look at WFU as if cost were not a factor. If you and the school are a good fit, they will do everything in their power to make the cost reasonable for your unique situation.”

Barbee Oakes (’80, MA ’81), assistant provost for diversity and inclusion, believes financial aid is critical not just for the students it helps directly, but also for every student at Wake Forest. “If you’re not constantly interacting with, and developing relationships with, kids from other ethnic and socioeconomic backgrounds, you’re not going to be able to go out into the work force and succeed.”

Oakes is especially proud of the commitment the administration has toward ensuring diversity. “They realize we’re not just bringing these students in to give them opportunities, but to give each and every student at Wake Forest the chance to interact in a meaningful way. Everybody wins in that situation.”

The importance of financial aid — and the increased interaction between differing ethnic and socioeconomic groups it allows — is always a priority for Donna Agee (P ’98), associate director of financial aid for the Wake Forest Schools of Business. “The very first thing” prospective students ask about is financial aid, she says. “Many of them want to know if there’s an ample supply of aid before they even turn in an application.”

Luckily for those who do decide to apply, financial aid has grown substantially in the Schools of Business. “In 2007, only about 25 percent of our students received financial aid and scholarships. Today it’s about half,” Agee says. And it’s not just tuition waivers and stipends. We’re one of the few business schools [that] work with the Forte Foundation to promote women in business. We have a Latin American Scholarship. And our Yellow Ribbon Scholarship is for veterans. So we’re doing lots of things focused on making sure we’re providing opportunities to as many different types of people as possible.”

Financial aid and the broader base of students it attracts are particularly important at the graduate level, says Lorna Moore, dean of the Graduate School of Arts and Sciences. “It’s so important at the graduate level to have as many viewpoints — as many varied experiences — as possible because we’re the engines of discovery. And discovery doesn’t happen in a vacuum. We have had an incredible track record of providing financial assistance. The national norm for master’s programs is that about 30 percent of students receive some form of aid. Today, we’re at 80 percent.”

That’s exactly the kind of thing Bill Wells (’74), director of Student Financial Aid, likes to hear. “I am extremely proud of what we have accomplished, what we are accomplishing, to help make Wake Forest financially feasible for students. The financial aid budget this year was up 14 percent over last year, and last year it was 21 percent over the year before based on actual increases in the operational aid budget. Those are huge jumps.”

At the same time, he hopes Wake Forest can do even better. “I know in my heart that we can get alumni and corporate giving up to a level where we can lower loan amounts for a much larger percentage of students. We want to make sure Wake Forest continues to have the opportunity to bring the brightest students from every socioeconomic group to our campus.”