CASEY PUGH (’06) already has a place for his new Emmy. The surprisingly heavy statuette, which he decorated with Star Wars action figures, rests on his desk. His older brother CHAD (’02), however, hasn’t yet given his a permanent home. “Maybe I’ll put it in my office,” he says. “Wait, no, I’ll attach it to a necklace.” Stressful as the decision may be, making room for an award of that stature is a problem these two natives of Naples, Fla., feel lucky to have.

The Pugh brothers got to walk the red carpet last August thanks to an idea Casey had in January of 2009. At the time, he was working at Vimeo.com, a video-sharing website. “I spent a lot of time thinking about how to get filmmakers to collaborate remotely,” says Casey. He noticed that “crowd-sourcing” — inviting a large community to join together to complete a task — was gaining popularity. So Casey started a Web project that involved a well-known movie, “Star Wars: Episode IV – A New Hope” (the original 1977 classic). After splitting the film into 473 15-second scenes, he created a website and posted them all online, asking people around the world to re-create one favorite scene and submit a video to him through Vimeo.com. The incentive? He promised to link all 473 homemade scenes into one continuous Web video.

The response was overwhelming. There were nearly 1,000 submissions — from amateurs and professionals alike. Some scenes were filmed using kids, pets and paper-bag puppets, while others showcased sophisticated animation. Because he ended up with multiple options for many scenes, Casey let people vote for their favorites on the site. Only the scenes with the most “likes” are part of the final video, “Star Wars Uncut,” which debuted online in January 2010 and can be viewed at starwarsuncut.com.

PUTTING IT ALL TOGETHER WASN’T EASY, especially since Casey could only work on the project around his day job, at night and on weekends. Luckily others volunteered their time and expertise. One was Annelise Pruitt, a senior Web designer at TheDailyBeast.com. Another was Chad, a user experience Web designer who had been creating iPhone applications as well as websites for startups like Profitably.com and HotPotato.com, recently bought by Facebook.com. Since Casey majored in computer science at Wake Forest, and Chad chose fine arts, they work well together.

“If I ever need programming help, he’s there for me,” says Chad, who lives in the same apartment building as Casey in New York City. “And whenever he needs help making a site look good, he’ll call me.”

Academic courses weren’t the only things at Wake Forest that prepared Casey and Chad for their careers — extracurricular activities played a big role.

Casey got more deeply involved in computers by working at the IT Help Desk and co-developing the online campus magazine, The Student. Chad learned how to design, work with technology and deal with vendors by devoting his extra time to WAKE Radio. He created T-shirts and posters for the organization and fixed the studio’s computer system, which enabled student DJs to broadcast over the Web.

Given their backgrounds, it’s no wonder that the brothers developed “Star Wars Uncut,” which Casey refers to as “purely an art experiment.” But as the project evolved, two phone calls turned the site into much more than a mere experiment.

The first was from LucasFilm, the company that owns the rights to the Star Wars franchise. “I figured they’d either be really happy or really mad,” says Casey. Turns out, they were ecstatic — so much so that they flew him out to California for a meeting. “They like me because I never put ads on the site or tried to make money off the project. They’re supportive, which basically means they won’t sue me,” says Casey.

Will his relationship with LucasFilm lead to more opportunities? Possibly, but it’s too soon to tell. The brothers would love to get the movie onto TV or submit it to film festivals someday, but for now there are licensing issues. “Some scenes use branded material, like Legos or a Coke can for R2D2, so we have to work out the legal stuff,” says Chad.

The movie did land on one big screen at a theater in Copenhagen in the spring of 2010. Casey and Annelise were scheduled to attend the premiere, but ash from the Icelandic volcano caused their flights to be canceled. “I was so bummed,” says Casey.

But he wasn’t disappointed for long, because soon after that Casey got another phone call. A member of the Emmy board wanted him to enter his Web project for an Emmy. “I didn’t understand,” says Casey.

“I thought it was a weird idea.” The Emmys are generally awarded to TV shows and TV-related websites, but since “Star Wars Uncut” was technically a form of broadcast (a user-directed Web broadcast), it was eligible in the “interactive media” category. “The category is relatively new, and it hadn’t been getting much respect,” says Casey. “A lot of the sites that had been nominated in the past were just slapping on Facebook connections and calling themselves interactive.”

“Star Wars Uncut” introduced a brand new concept — instead of inviting users to simply learn more about characters, the site goes a step further, allowing users to be those characters. 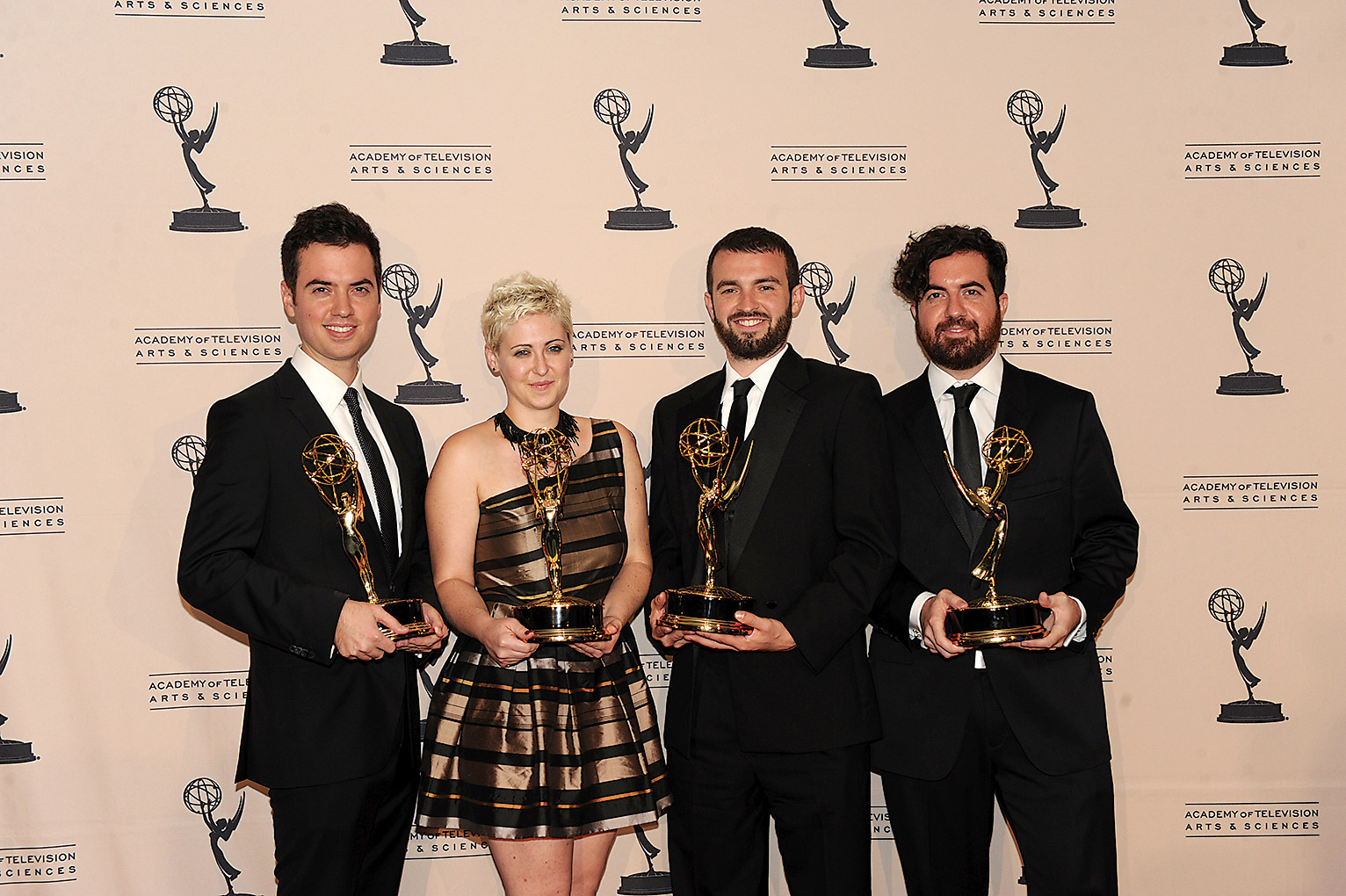 After entering and getting nominated, Casey and Chad were on their way to California in new tuxes. Their moment of victory was exciting — and not without humor. During the acceptance speech, Casey summed up their experience by saying: “I guess the force was with us.”

The brothers’ win caused a bit of a stir at the awards show. “Star Wars Uncut” was not just the only independent project there but the first site for a broadband-only production ever to win a broadcast Emmy. Their cutting-edge work could be a taste of the future of online entertainment. “The fact that we won says a lot about how TV and the Internet are combining,” says Chad. “Just this past fall, we saw a bunch of new products come out from companies like Apple, Google and Boxee that are merging the two mediums. I think in five years, you won’t buy a TV without something like a Google TV box.” Casey, who spent nine months working for Boxee after leaving Vimeo.com, feels it might take longer: “I’d say in 10 to 15 years, as soon as there’s a business model.”

Whatever the exact time frame, both agree that it’ll happen someday — in this galaxy, one that’s not too far, far, away.