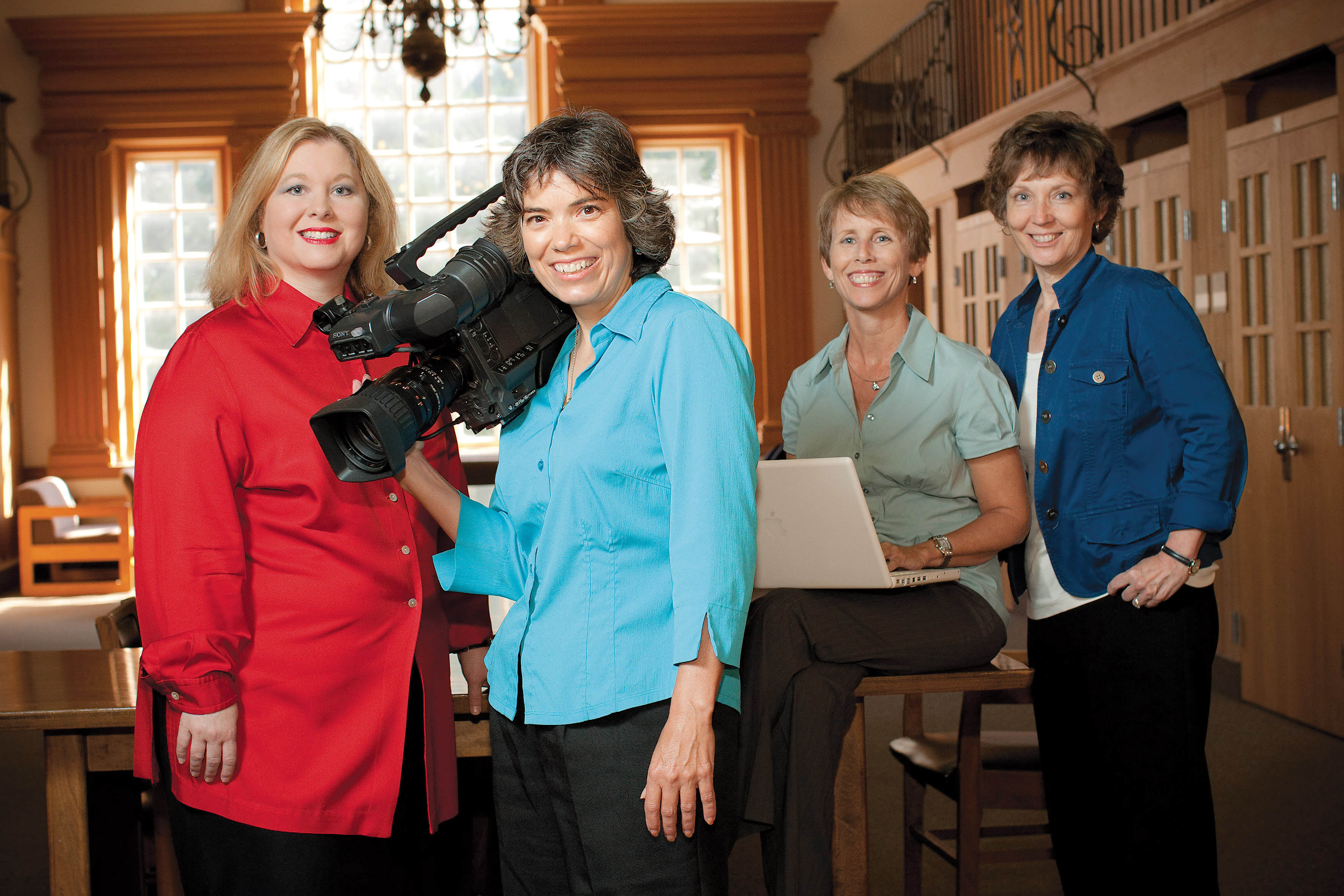 IN 1960 ICONIC NEWSMAN EDWARD R. MURROW stunned viewers with a documentary film, “Harvest of Shame,” which took an unsparing look at the plight of America’s migrant workers. With images of collapsing ice sheets and drowning polar bears, “An Inconvenient Truth” in 2006 brought the grim reality of climate crisis into cozy living rooms. Last year “Waiting for Superman” followed five American families as they searched for what most assumed to be a basic human right: quality education for their children.

The connection between documentary and social responsibility dates back to the days of Thomas Edison, who created a nonfiction film to raise public support for the Spanish-American war. Whether the subject is poverty or politics, civil rights or civil war, beauty pageants or baseball, a powerful real-life story told through the lens of creativity can educate, inform and effect change. That mission drives faculty and students in Wake Forest’s new Documentary Film Program (DFP), and it is at the very core of Pro Humanitate.

Memorable documentaries evolve from the harmonic convergence of compelling stories, visionary directors and creative collaboration. The story of the University’s newest graduate program is itself about a process in which several stars aligned.

In fall 2008 the University of Florida’s prestigious Documentary Institute (DI) had fallen victim to state budget cuts. Sandy Dickson, award-winning filmmaker and co-director of the DI, was on a year’s sabbatical in Winston-Salem with her husband, Pat, who had joined the faculty of the Schools of Business. She was impressed by Wake Forest’s intellectual climate, interdisciplinary approach and commitment to social responsibility.

At the same time the Graduate School of Arts and Sciences was looking to “sharpen its image” with more current offerings, said Dean Lorna Moore, who was intrigued by the “sparkle” a documentary film program could bring. “We seek to serve students, and media are such an important part of their lives,” she said. In Carswell Hall, a Department of Communication known for programs in rhetoric and debate was anxious to up its competitive ante in media studies, an area where all DFP faculty teach undergraduate courses.

It was over lunch at Village Tavern that filmmakers Dickson and Mary Dalton (’83), associate professor of communication, seized upon the collaborative potential of a program that could take the University’s mission and speak to it through specific projects. Their idea received enthusiastic support from Moore, Provost Jill Tiefenthaler and Dean of Wake Forest College Jacque Fetrow; they engaged other faculty, including DI’s Cara Pilson and Cindy Hill, to develop a plan.

By fall 2010, one of the nation’s top documentary programs had pulled up stakes in Gator Nation and moved some 500 miles to North Carolina. Dickson, Pilson and Hill came on board, along with eight students from Florida who were among the program’s 54 applicants. Colleagues in academe and the local film industry, said Dalton, called the DFP a bold and forward-thinking step in tough economic times.

“One of the things we said all along is that the documentary film program puts Pro Humanitate into practice,” said Dalton, whose research includes Hollywood cinema, sitcoms and the depiction of teachers in popular culture. “It is based on strong mentoring relationships.” The faculty team has led its students to two consecutive Emmy wins and multiple film festival honors. Graduates have worked at National Geographic, PBS, Cabin Creek Films and Big Mouth Productions.

Because the focus is on content, storytelling and an interdisciplinary approach to research, said Dickson, the DFP will thrive in a liberal arts environment. “The technology is at the service of that, not the reverse. Students come from the sciences, business, humanities, women’s and gender studies, but they have two things in common: a strong intellectual curiosity and a passion for storytelling.”

The program is also a good fit for Winston-Salem, Moore pointed out, with its vibrant arts scene and RiverRun International Film Festival, an annual screening of independent films. “One of the first questions we asked was if there would be overlap with the University of North Carolina School of the Arts,” she said. “They do have a film program, but it’s not documentary. There will be great synergy.”

Now midway through its inaugural year, the DFP offers a two-year Master of Arts degree (14 students) and the option for a third-year Master of Fine Arts (eight students). Coursework emphasizes social awareness — from the ethical obligations of the filmmaker to the history of documentary, writing, research, field production and post-production techniques. Students also screen a lengthy list of films focused on human rights and social justice. MA students work in teams to produce a thesis film. MFA students receive additional training for careers in the film industry and education. There is a student film series as well as screenings of work by guest artists.

Jon Bougher (MFA ’11) teamed with Roman Safiullin to co-direct “Bound by Haiti,” a film exploring the unlikely friendship of an American and Haitian before, during and after the January 2010 earthquake. He said Wake Forest’s interdisciplinary atmosphere nurtures collaboration. Bougher, of Weare, N.H., is working with Associate Provost for International Studies Kline Harrison on a series of short films highlighting the University’s work in Nicaragua.

Michelle Friedline (MFA ’11) plans to teach after she receives the MFA in May. She is working with Assistant Professor of Education Michelle Klosterman to package films for use by classroom teachers. One of her MA projects was about a polluted pond in a dog park in Gainesville, Fla., that was making dogs sick. The documentary follows high school students who built an artificial wetland, researched plants and dug the hole for a new pond. “It started with a small story, and the point was students were learning to improve the environment,” said Friedline, from Jennerstown, Pa. “A younger generation was changing what older people left dirty.”

A well-made documentary has the potential to change an audience’s thinking, making them reflect on their own perspective of the world around them, said Nick Corrao (MFA ’11) of New York City. He is collaborating with Shannon Gilreath (JD ’02), Wake Forest Fellow for the Interdisciplinary Study of Law and professor of women’s and gender studies, and Earl Smith, Rubin Professor of American Ethnic Studies and professor of sociology, on a film about prison sentences handed down to child pornography possessors. “When someone can relate to another individual’s experience, the larger issues or injustices that they are facing hold more weight,” Corrao said.

With the DFP’s emphasis on social responsibility, faculty place a high priority on students’ character and integrity. “We want students to leave as educators, through film and through the classroom,” said Dickson.