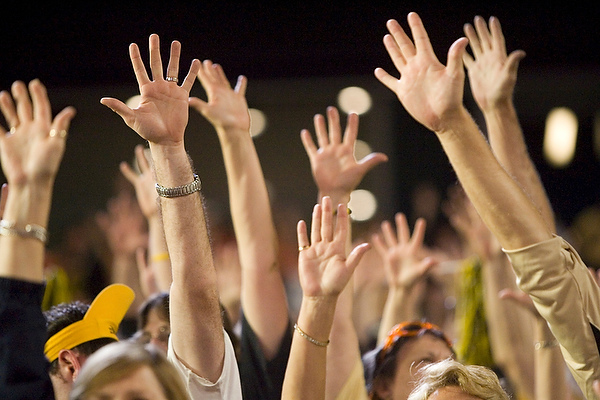 Orange Bowl fans hold five fingers in the air at the start of the fourth quarter to honor the memory of Luke Abbate.

FORTY YEARS after the movie “Brian’s Song” put Wake Forest in the national spotlight, a film that opened this spring also combines football and adversity, and it presents the close-knit community of Demon Deacons.

“The 5th Quarter” features the 2006 Wake Forest football season — when the Deacs were predicted to be in last place but ended up ACC Champions — as a backdrop for a more personal story. Defensive player Jon Abbate (’10) lost his younger brother Luke in an auto accident at home in Marietta, Ga., before the season began. The movie depicts the family’s struggles with grief, but also how the team’s successes on the football field gave them something to rally behind.

Jon’s mother, Maryanne Abbate (P ’10), believes the Wake Forest community helped the family begin to heal during that difficult time. “It was the best of times and the worst of times for us, but I will always have fond memories of Wake Forest,” she says, “how so many people from the University came down to Luke’s funeral, and then how those football games gave us something to look forward to.” 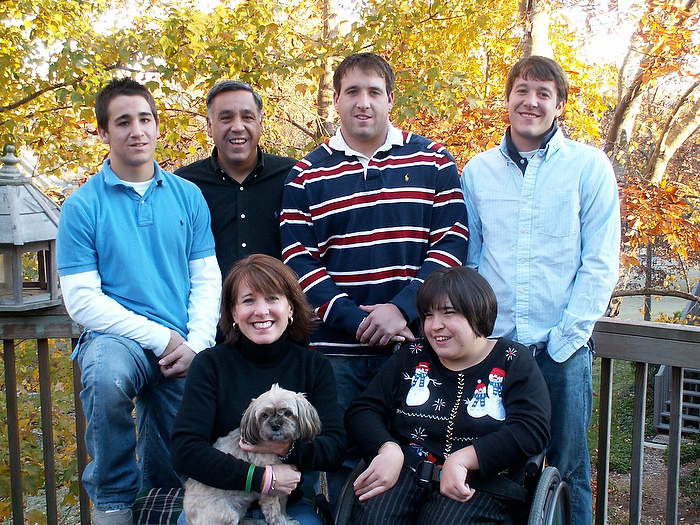 From the Abbate family album: Maryanne and Rachel (seated) with (standing, left to right) Luke, Steven, Jon and Adam

What started as a quiet tribute to Luke among the Abbate family — when Jon would hold up five fingers to his parents and siblings in the stands — grew as the season progressed. (Luke had worn the number five on his football and lacrosse team jerseys and Jon had adopted it as his jersey number at Wake Forest.) Fans who heard about the story, even those for opposing teams, started holding up five fingers at the beginning of the fourth quarter. Because of the symbolism, each game’s fourth quarter became “the fifth quarter.”

After learning about the Abbate story, writer/director Rick Bieber flew to the Orange Bowl in Miami to meet with Jon and other members of the family to discuss turning the story into a feature film. Bieber’s experience in the movie business (“Radio Flyer,” “Mandela”) allowed him to cast major performers: North Carolina resident Andie MacDowell plays Maryanne, with Aidan Quinn taking the role of Steven Abbate. Ryan Merriman (“Final Destination 3” and “Pretty Little Liars”) portrays Jon Abbate.

Wake Forest has a big role in the movie, too, both behind-the-scenes and in front of the camera. Former Deacon football player Bob McCreary (’61) partnered with Bieber to fund the movie, believing it an important chapter in the University’s history. “There were two reasons I wanted this movie made: the Abbate story itself, but also for my love of Wake Forest and what that season meant to us,” says McCreary. 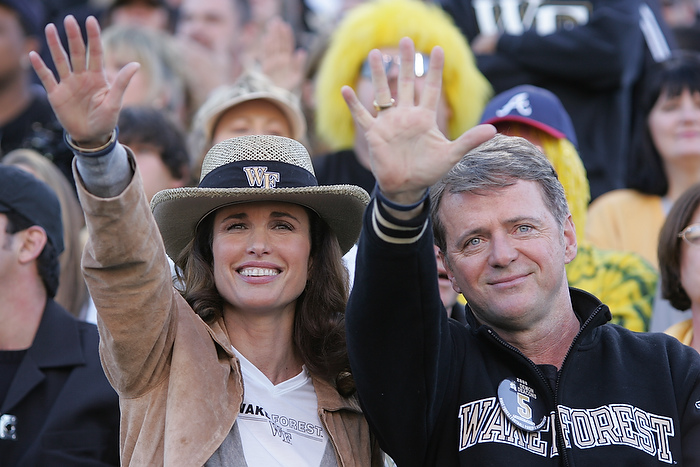 Bieber worked with University officials to gain access to several areas of campus, as well as BB&T Field, for filming. Footage from actual football games appears in the movie, as do scenes filmed during and after the 2006 WFU-Duke game.

Along with the dramatic issues addressed in the movie — reckless teenage driving, family tragedy and organ donation — the portrayal of Wake Forest as a caring community will be poignant for graduates, says Bieber. “What the movie ‘Rudy’ was for Notre Dame, we hope ‘The 5th Quarter’ will be for Wake Forest.”

Jon Abbate is proud that the movie shows his alma mater as a nurturing place. After Jon spent some time in the NFL, he returned to finish his degree at Wake Forest in 2010 and now works in Raleigh, N.C., in medical sales for orthopedic equipment. Jon credits the University with believing in him — academically and athletically — over the years, including helping him find a career path to fit his background.

“The professors have always been incredible, the first time I was there and when I came back.” As for the football team and how the movie portrays that period of his life: “It was a magical season,” he says. “We were a good team to start with … no doubt about it, but there was just something else special that’s hard to explain.”

To first-year students at Wake Forest, the name Piccolo might first bring to mind a residence hall, but many alumni remember Brian Piccolo (’68) as the subject of one of the all-time great sports movies. The 1971 ABC Movie of the Week “Brian’s Song” told the story of “Pic,” a Wake Forest football Hall-of-Famer who was ACC Player of the Year in 1964.

After earning a spot on the Chicago Bears as a free agent, he developed a close friendship with fellow Bears running back Gale Sayers. Piccolo died of embryonal cell carcinoma at 26 in 1970. The movie — which starred James Caan as Piccolo and Billy Dee Williams as Sayers — dealt with the timely subject of race relations in the ‘60s.