Long before they became esteemed scholars who determine students’ futures and enlighten the world with their research, these professors were humble first-year students at Wake Forest. Like the rest of us, they might have gotten lost or been a little homesick on the Reynolda Campus, but they also discovered a passion for academics at a University famous for educating future teachers. After pursuing years of graduate school, these Deacons went on to get their Ph.D.s (or, in one case, M.D.) and secure tenure at learning institutions both big and small. We selected a few professors from around the country to reminisce, in their own words, about Wake Forest and their path to the academy. 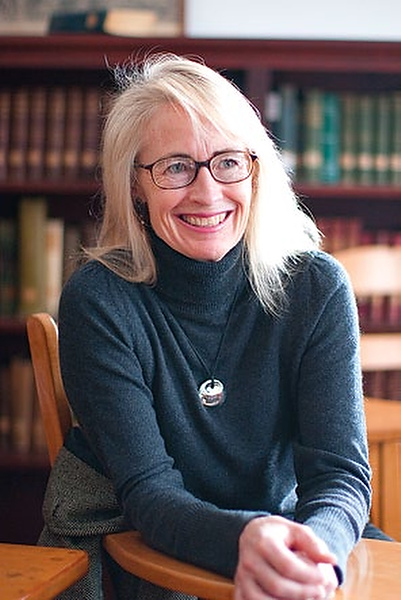 Areas of expertise and research: Since 1993, I’ve published four books, which have always had something to do with British Romanticism, women in theatre (1750-1850), and gender studies. Currently, I’m editing the biography of casting director Eddie Foy III, who cast shows from my childhood: “The Donna Reed Show,” “I Dream of Jeannie,” “Gidget,” “That Girl,” “Happy Days,” “M*A*S*H” and many others. The title is “Bring Me a Star I Don’t Know,” with a foreword by Jerry Lewis.

Wake Forest professors who inspired you: Dr. Ed Wilson, professor of Romanticism, was hugely influential on my career choice. Sitting in his courses on Romanticism and then “Blake, Yeats and Thomas” exposed me to the kind of professor I wanted to be. In theatre, Dr. (Harold) Tedford became my mentor, and I loved working with him on plays ranging from “Look Homeward, Angel” to “The Good Woman of Setzuan.” Others to mention: Teresa Radomski, Donald Wolfe, (the late) Elizabeth Phillips, Nancy Cotton, (the late) Dr. (David) Smiley, Dr. (Richard) Zuber. And, of course, my dear father, Julian Carr Burroughs Jr., who graduated from the Old Campus in 1954 and returned to Wake Forest when it moved to Winston-Salem, teaching Radio/Television/Film from 1959 until 1994. He died in 2008.

How is your college similar or different from Wake Forest? The personal attention that I can give to students at Wells College — with class sizes between 12 and 24 on average — reminds me of Wake Forest. And people still say “Hi” to each other as they pass on campus.

Favorite non-academic memories of your WFU days: Jeff Dobbs leading cheers and dancing on the court at basketball games; walking down the path at night to Reynolda Gardens, smelling the honeysuckle; the main stage of the Wake Forest theatre — so beautiful! Being a SOPH sister and leading our group in the sing-off in Wait Chapel as we sang “Here She Comes Again” by Dolly Parton — and we all dressed like her! Sunbathing on the rooftop at what was then called “New Dorm;” dancing at TOG. 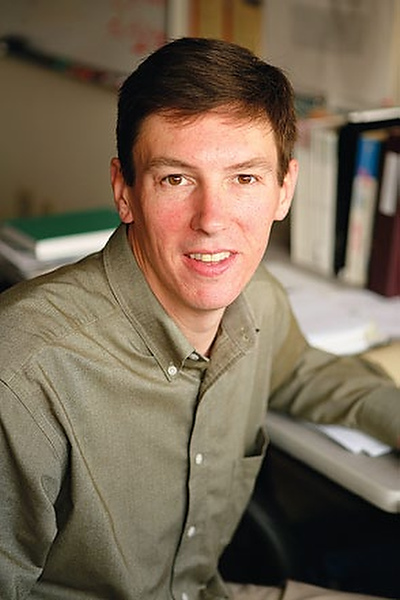 Areas of expertise and research: Biological physics; I’ve always been interested in how one can probe and manipulate biological systems with light. My primary research area is using laser microsurgery as a tool to probe the mechanics of living embryonic tissues.

Wake Forest professors who inspired you: Bob Brehme in the physics department was the first professor to really push me in the classroom. George Holzwarth got me started in research. I was taking his “Thermal & Statistical Physics” course, and I still remember the day he stopped me in the hallway and told me matter-of-factly that I needed to get involved with a research group. Up to that time, I really had not thought of a research career; I was just doing physics.

How is your college different or similar to Wake Forest? Vanderbilt is significantly larger than Wake, but it attracts a similar cohort of undergraduates. Vanderbilt is in a similar niche where academics matter a lot, but so does competing with the larger schools on the athletic field (and in good seasons doing so successfully).

Favorite non-academic memories of your WFU days: Rolling the Quad after a big basketball victory over Duke; Mountain Fried Chicken (makes my arteries quiver thinking about it now); wasting way too much time playing Euchre with the Jedi Knights, Crazy Dogs and all associated with the short-lived TKE. 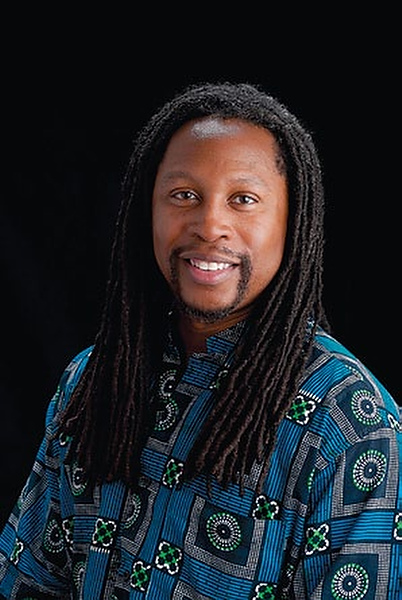 Position: Associate Professor of Counseling Psychology and African and African Diaspora Studies; Editor-in-Chief of the Journal of Black Psychology, University of Texas at Austin

Areas of expertise and research: My research interests include the construction of racial and ethnic identities, academic motivation, academic self-concept, and understanding the psychological and environmental factors that impact African American student achievement. I wanted to empirically test the popular but controversial idea that African American students don’t value doing well in school because of the fear of being perceived as acting white.

Wake Forest professors who inspired you: My favorite professor was Dr. Alton Pollard, professor of religion. Psychologically, it was important to my self-concept to see an African-American man in the position of being a professor, and also having the respect of being viewed as a serious intellectual. Dr. Susan Wallace also inspired me to go into psychology. She was the only African American faculty in the psychology department, and I felt a close connection to her. 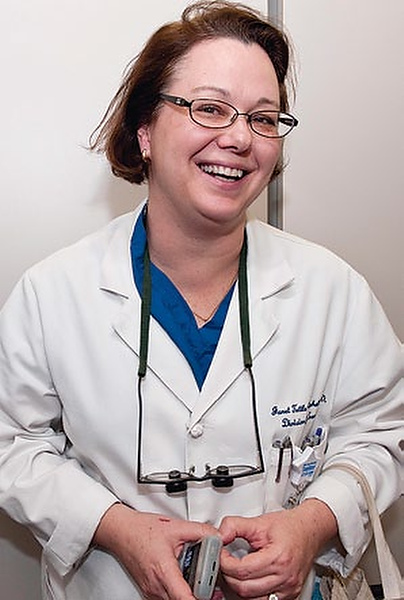 Wake Forest professors who inspired you: I can’t say I had a bad professor the whole time I was there. I was a biology major, so I learned so much from Dr. (Gerald) Esch, Dr. (John) Wyatt and Dr. (Herman) Eure. I really admired that they liked what they did and had the ability to transfer their knowledge. In fact, I originally wanted to go on and get a Ph.D. in parasitology because I appreciated that the professors never stopped asking questions.

How is your college different or similar to Wake Forest? Saint Louis University Medical Center is in the inner city, so it’s a very different environment.

Favorite non-academic memories of your WFU days: I loved onion rings at the “Snake Pit” (Snack Pit), all the activities at the Scales Fine Arts Center, jogging around Reynolda House. You felt like you were part of a big family. 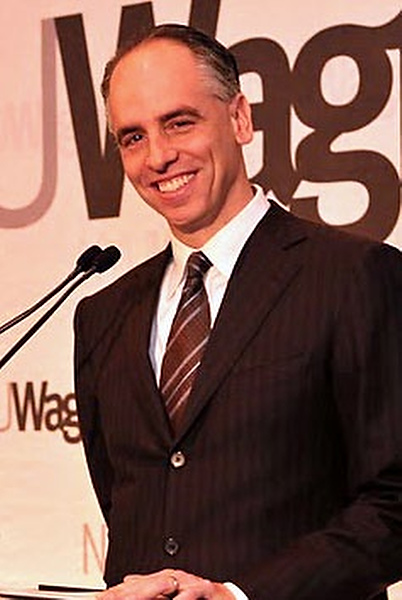 Areas of expertise and research: American politics/public policy, with particular focus on lobbying/interest groups and health policy. Current projects involve the politics of obesity (as obesity rates spread, what, if any, policy moves can the government make in response?) and implementation of the Affordable Care Act, also known as “Obamacare.”

Wake Forest professors who inspired you: From Jim Barefield, I learned the value — and joy — of reading deeply into texts and events … and where to get a good cappuccino in Venice. From Charles Lewis, I came to understand how philosophy can illuminate a life well-lived. From (the late) Bianca Artom, I gained an appreciation for tracing everything — especially language — back to roots and first principles. From Jack Fleer, I learned the enduring influence of local and state actors, including ‘regular citizens,’ on national and even global events. From Doyle Fosso and Barry Maine, I learned how to translate ideas into sentences, paragraphs and ultimately articles or books. Two much-missed mentors, (the late) Don Schoonmaker and Saguiv Hadari, were models of an academic life lived with integrity and passion — and of abiding courage in the face of illness.

How is your college different or similar to Wake Forest? Wake Forest I remember as bucolic, green, communal — my enduring image is of the Moravian Lovefeast. NYU, the largest private university in America (45,000 students), is urban, fast-paced and concrete: there’s not a single blade of grass on our campus, and every NYU building spills onto a very public New York sidewalk.

Favorite non-academic memories of your WFU days: Sunday brunch in the old Pit, carpooling to Greensboro for WFU hoops and forging — without realizing we were — lifelong friendships that still transcend time and geography. 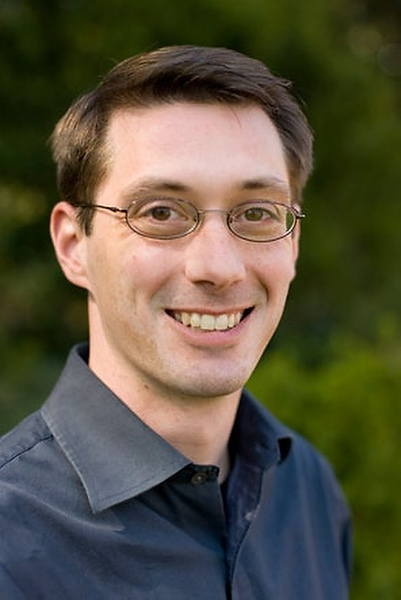 Areas of expertise and research: British art and 18th century art; author of “British Art and the Seven Years’ War: Allegiance and Autonomy.”

Wake Forest professors who inspired you: My semester in London with (the late) Professor Bob Knott led me to major in art history. I’d also single out Harry Titus and Peggy Smith in the art department as major influences. Professors in other fields also helped to introduce me to the joys of academia: Perry Patterson in economics hired me as an undergrad research assistant and generously gave me co-publication credit for an article in The Gorbachev Encyclopedia. Professor Doyle Fosso inspired me with his Shakespeare lectures, Tom Phillips helped to recruit me to Wake Forest with an academic scholarship, and John Moorhouse, whom I’ve never thanked properly, helped me create a statistical regression for my art history major’s thesis.

How is your college different or similar to Wake Forest? UVa is a bigger school, although it doesn’t necessarily feel like it, and I definitely think there are similarities in terms of students and the shared emphasis on undergrad teaching.

Favorite non-academic memories of your WFU days: Three out of four spring breaks I headed out with Wake Alternative Break, and I loved the volunteer experiences in Mississippi, South Dakota and Oklahoma. The last of these brought me together with my future wife, Louisa Hann (’96). Wake was also either flexible — or lackadaisical — enough to allow a group of us to found a “Fine Arts House” out on Polo Road, which became a tremendous alternative scene for many of us. 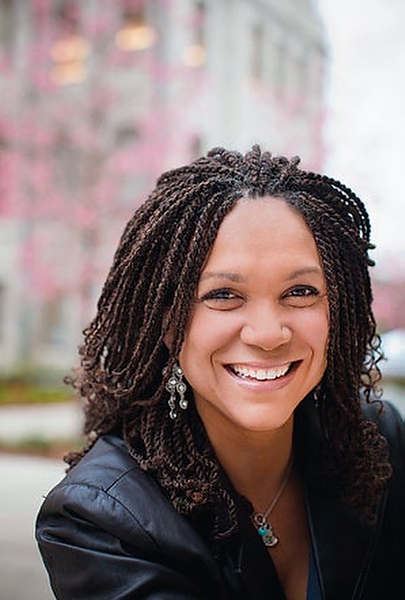 Position: Professor of Political Science and Founding Director of the Program on Gender, Race and Politics in the South, Tulane University

Areas of expertise and research: My research focuses on American politics with a specific emphasis on issues of race and gender. My interests include the study of African-American political thought, black religious ideas and practice, and race and social psychology. (Author of “Sister Citizen” published last month by Yale University Press.)

Wake Forest professors who inspired you: The late and extraordinary Professor Dolly McPherson gave me a lifelong love of literature and a deep appreciation for the political importance of autobiographical writing. Professors Katy Harriger and Kathy Smith in political science were, and remain, role models for me as a woman in the academy. Both are ridiculously smart and profoundly committed to their work and their students.

How is your college different or similar to Wake Forest? One of the reasons I chose Tulane is my sense that it is very much like Wake Forest: great teaching, world-class research and field-defining community engagement, all wrapped in a complicated Southern aesthetic.

Favorite non-academic memories of your WFU days: Are you kidding? Basketball! 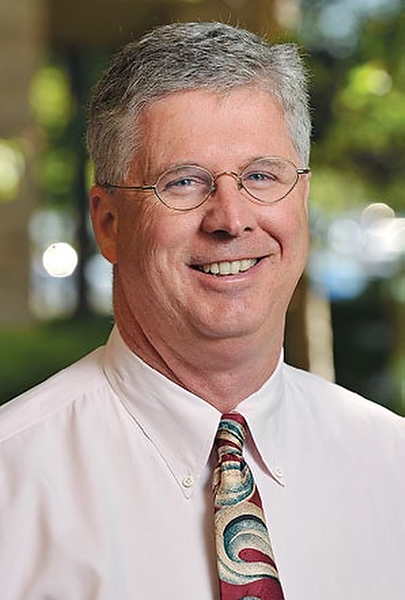 Areas of expertise and research: Health economics. I also serve as the editor of the Journal of Human Resources.

Wake Forest professors who inspired you: I was a double major in economics and mathematics. I often tell people that I majored in economics but minored in Moorhouse, because five of my nine economics classes were with John Moorhouse. Economics as a discipline has become more mathematically oriented over time, and Wake was much more advanced than most undergrad programs with its degree in mathematical economics. My senior year, I worked on a project under the direction of Claire Hammond, and as research assistant for Professors Moorhouse and Dan Hammond. The academic life is really a quest for truth, and I enjoyed the process of discovery that comes along with research so much I wanted to make it my career.

How is your college different or similar to Wake Forest? I think there are a lot of overlaps between Notre Dame and Wake. Both have very good undergraduate students. Both have their roots in a liberal arts education. Both are in relatively small towns, although the Winston-Salem area is much larger than South Bend. Unfortunately for Notre Dame, over the past five seasons, Wake football has more wins (36) than Notre Dame (34).

Lisa Kline Mowry (’82), a writer and editor based in Atlanta, is married to an academically inclined graduate, Chris Mowry (’82), who earned his master’s and doctorate at Emory University and serves now as chairman of the biology department at Berry College in Mount Berry, Ga.