When I recently met Nilam Patel (’12) it occurred to me that I had worked at Wake Forest longer than she’d been alive. With four decades separating us, what might we find in common besides the University we held so dear?

As it turned out, that was enough.

Nilam, whose name means “sapphire” in her family’s native language, is a senior history major from Roanoke, Va., and president of Student Government. The daughter of parents from India, she is the first in her family to attend college in the United States. She started her search early, and Wake Forest was the first school she visited. As it often does, “Mother, so dear” captured her heart immediately and has held it ever since.

“I fell in love with it,” she says as we sit at a teak table outside the Deacon Shop, a spot Nilam describes as her favorite “green” place on campus. “There was an indescribable feeling. I felt at home and knew it was a place where I could have new experiences and meet interesting people.” 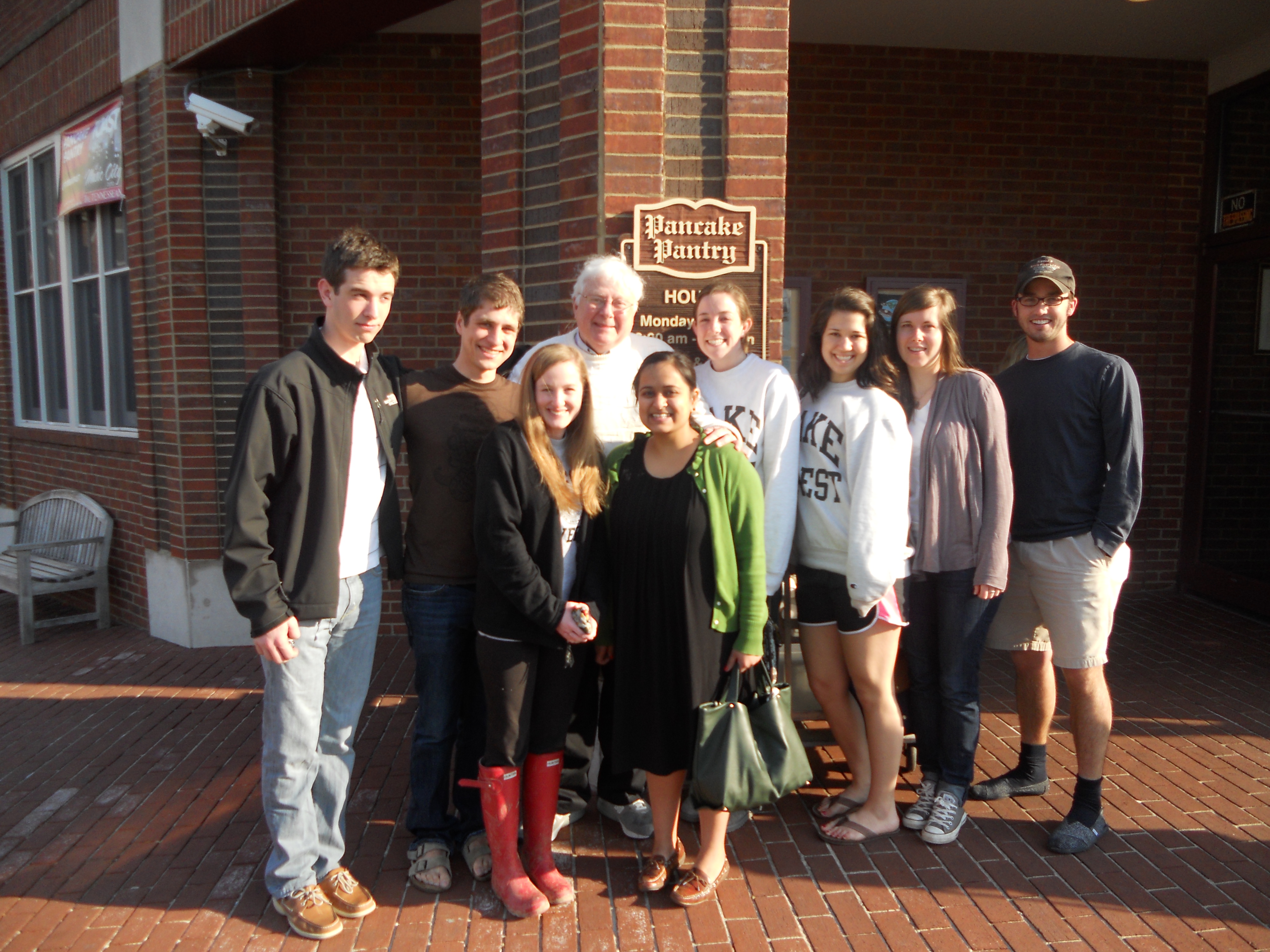 A driven, active student, Nilam has experienced the best Wake Forest has to offer during her academic and personal journey. She cared for India’s dying and destitute during a City of Joy service trip. In Nashville, Tenn., she helped clean up a city devastated by flooding. It was there that she and several students had breakfast with alumnus David Baird (’65), who said he’d cover the tab if they stood up in the restaurant and sang the Wake Forest “Fight Song.” They did.

As a volunteer with the HOPE program, she worked with physically disabled children — an experience that changed her perspective on life. A member of the President’s Aides, she’s learned from University leaders at all levels. She was moved when she met law school alumnus and benefactor Porter Byrum (JD ’42), for whom the Welcome Center was recently named. His generosity, which has enabled many students to attend Wake Forest on scholarships, strengthened her commitment to the spirit of Pro Humanitate.

As we chat, students walk by and call out to Nilam. She acknowledges them with a smile and a wave. She tells me her goal is to support students and to earn their support for her Student Government initiatives: community education about substance abuse, discrimination, gender roles, and stereotyping, along with building institutional pride (Fridays are Deac Days, so wear black and gold).

Nilam says that with graduation looming, she’s pondering her future; looking at several fellowships and anticipating adjustment to life in the real world . 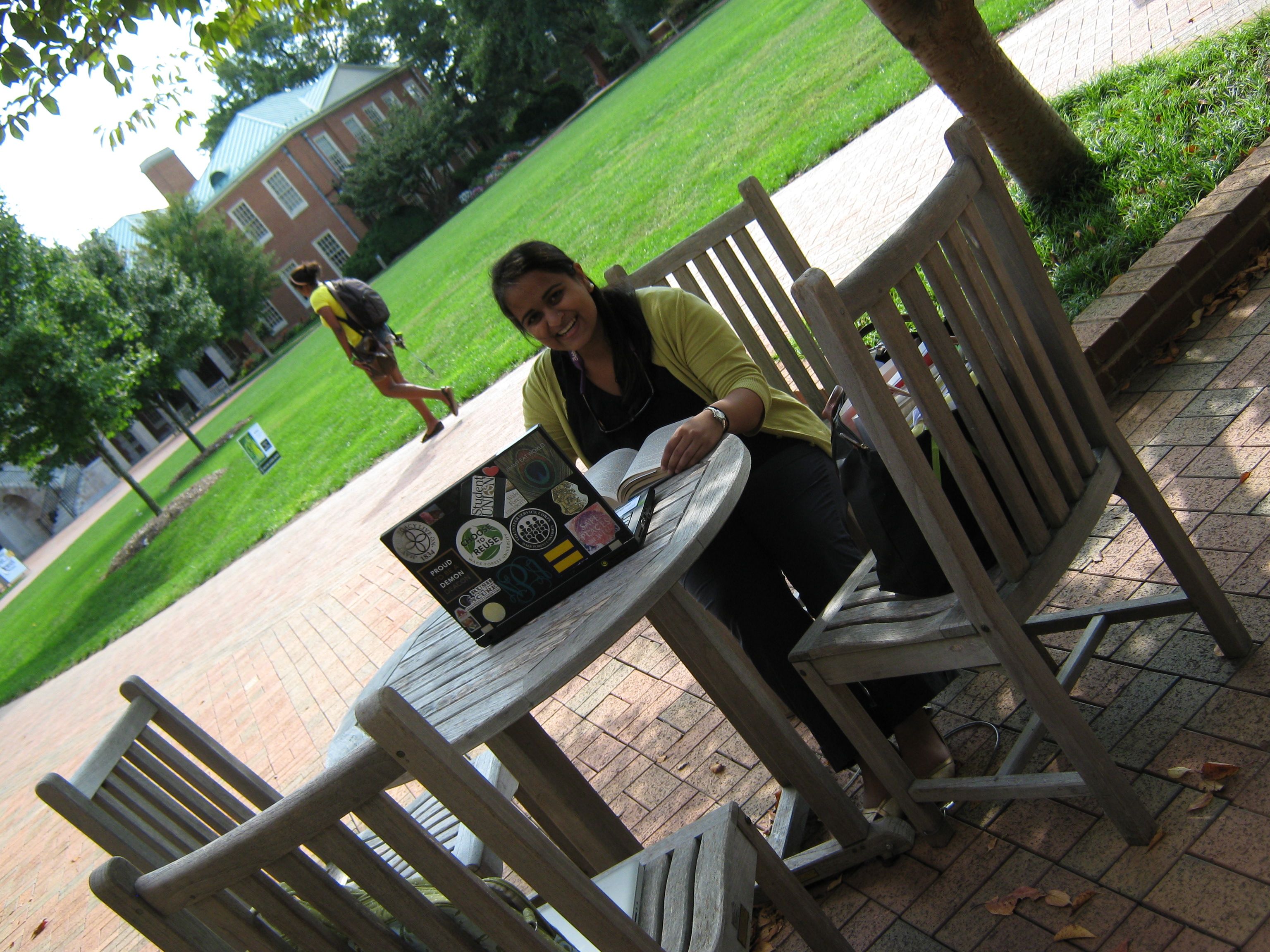 ‘I literally would stay here the rest of my life,’ says Nilam Patel.

As I listen, she muses about the Wake Forest mystique. A place small enough to help students achieve their dreams, but not so small it’s a bubble. A place where mentoring thrives — professor-to-student and student-to-student. A place where you make friendships that continue after you leave. A place that instills in you the responsibility of giving back. She describes this place in the same way I’ve heard it described by students and alumni for 25 years.

Then something else occurs to me. During my quarter-century as a part of growth and change at Wake Forest, two things have remained constant and true: the bonds students create through shared experiences, and the affection they, as alumni, feel for their alma mater.

“I literally would stay here the rest of my life,” says Nilam.

And I know what she means, because I have.