J.D. Wilson (’69, P ’01) was mesmerized when he first saw a lithograph of Jasper Johns’ iconic Flags painting in a New York City art gallery in 1969. Staring at a white dot in the center of the green, black and orange American flag and then at a black dot on a gray flag, the familiar red, white and blue colors of the flag emerged.

“How cool is that?,” Wilson remembers thinking. “I was just fascinated; how does it work? You can look at that little dot and the flag turns red, white and blue. That was way ahead of our time.”

Wilson was one of the students entrusted to buy art that year for the then still-new Student Union Collection of Contemporary Art. Since the first students visited New York galleries in 1963 and returned to campus with pieces by Picasso, Richard Anuszkiewicz, Elaine de Kooning and a dozen others, the collection has grown to more than 160 paintings, prints, drawings, sculpture and photography. Students travel to New York every four years to buy new pieces for the collection, thought to be the only university art collection in the country developed by students.

J.D. Wilson and Ed Wilson in front of a large photograph of the College Union office, circa 1970. A Roy Lichtenstein poster, purchased by J.D. Wilson and other students in 1969, is on the wall at right.

Nearly 60 pieces are on display through Oct. 2 at the Southeastern Center for Contemporary Art near campus. The exhibit includes Flags (1967-68), Picasso’s l’Ecuyere (1960) and pieces by other well-known artists including Alex Katz (Vincent With Open Mouth, 1970), Ellsworth Kelly (Colored Paper Images, XVI, 1976) and Robert Colescott (Famous Last Words: The Death of a Poet, 1989).

Wilson and Provost Emeritus Ed Wilson (’43, P ’91, ’93) — no relation — recalled the beginnings of the collection during a visit to SECCA. Ed Wilson accompanied students on the first art-buying trip in 1963 and on several subsequent trips. It was an education for him as well as the students, he said.

“It was a daring thing to venture into New York City and buy works of art. I remember feeling very embarrassed and uninformed the first time I went into a gallery, like a country boy coming to the city for the first time. It was all new. I remember talking about (Robert) Rauschenberg and (Richard) Anuszkiewicz and (Helen) Frankenthaler and (Louise) Nevelson – all these unfamiliar names.” 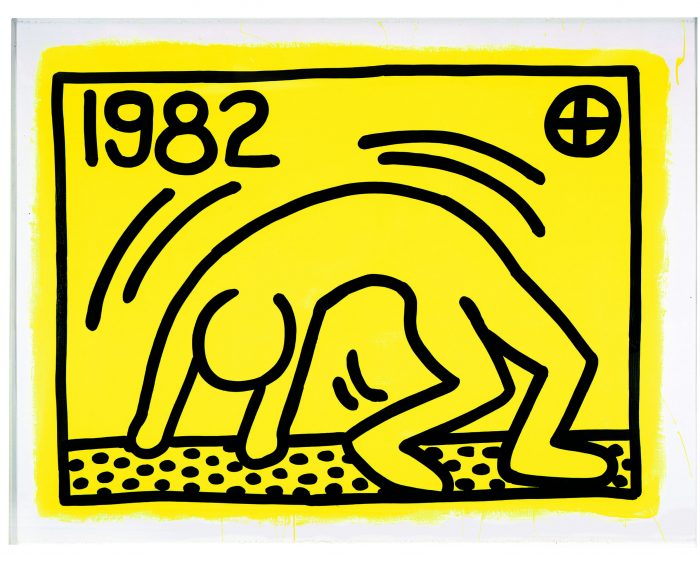 The collection was started by then-Dean of Men Mark Reece (’49, P ’77, ’81, ’85), who had the idea that students should be in charge of building an art collection that would reflect their four years at Wake Forest. “I believe that the end result, not many years from now, will be a collection of some significance of which we can all be proud,” Reece said in 1969.

He’s proud that he and the other students that year – Beth Coleman (’71), Leslie Hall Hallenbeck (’72) and Harvey Owen (’71) – made strong choices that captured the tumultuous 1960s and have stood the test of time. They bought pieces by 19 artists including Johns, Roy Lichtenstein, Paul Cadmus, Harold Altman and Robert Motherwell. Cadmus’ Male Nudes (1968) and Motherwell’s hand-woven wool tapestry, Blue/Green (1969), are among the pieces exhibited at SECCA. 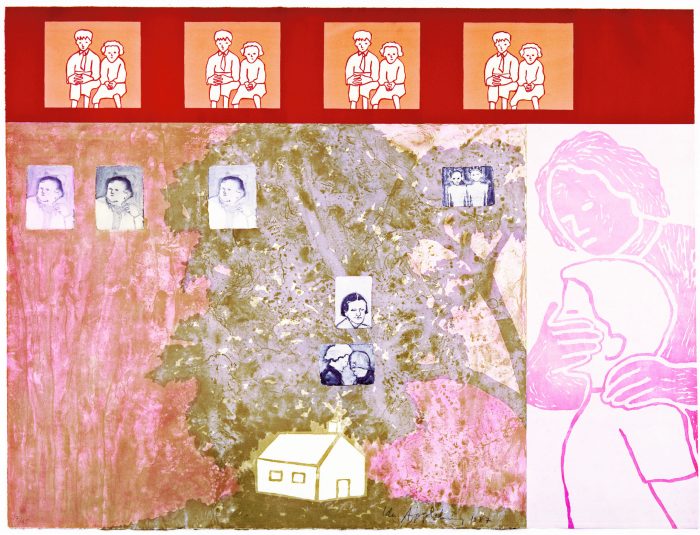 Students shied away from nudes in the earlier years, Ed Wilson noted. “I remember on that first trip there was a portrait of a nude that we looked at and thought about, but we decided not to take a chance on that,” he said. “We bought three,” J.D. Wilson laughs. “We were more cautious,” Ed Wilson replies.

The experience was life-changing for J.D. Wilson, who bought his first piece of art, a print by Harold Altman, and went on to become a collector of mostly local art. Many students who participated in the art-buying trips have gone on to careers in the arts or become arts patrons or collectors.

The Student Union Collection is usually scattered throughout Benson University Center, with some pieces in Reynolda Hall, Scales Fine Arts Center and other locations on campus. Seeing so many of the pieces in one location at SECCA gave them a new appreciation of the breadth and quality of the collection, both J.D. Wilson and Ed Wilson said. “What a collection,” J.D. Wilson said, “and what an innovative idea to give students money to create the collection.” 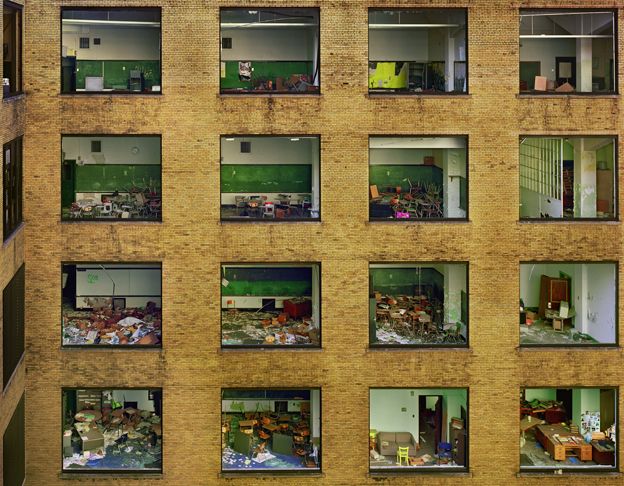