Has it really been 20 years since the Wilson Wing of the Z. Smith Reynolds Library opened? A panel discussion at the library Oct. 14 marked the 20th anniversary of the completion of the wing, named for Provost Emeritus Edwin G. Wilson (’43).

Two of the panelists, Elen Knott, head of reference from 1982 until 2002, and Charles Getchell, assistant director of the library from 1986 until 1995, discussed the planning process for the addition, begun in the late 1980s, under then-Director of Libraries Merrill Berthrong.

Larry Robbs, with Walter Robbs Callahan & Pierce and the chief architect of the project, discussed the problems inherent in renovating and expanding a 1950s-era building that was built to house books on “stack levels” that couldn’t be removed. 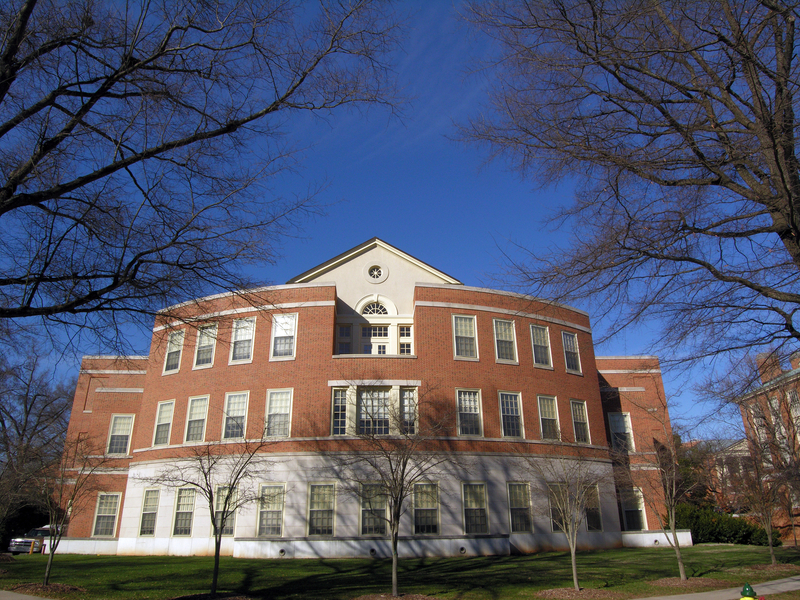 Robbs said he presented five design options for the rear addition to the planning committee 20 years ago, knowing that the design couldn’t vary too much from existing campus architecture. He did use several unique design elements to give the addition a more contemporary look: the curve to the back of the building to “soften” the back side; the solid wall of windows on both ends of the atrium to retain the east-west view across campus and more importantly, to provide light into the library; and the atrium itself, overcoming objections that it wasted space and the ceiling would leak.

Robbs said the interior space was planned to create an intentional progression into the building — from the new front entrance through a narrow, low-ceiling space, to a new two-story area by the circulation desk created by removing a small part of the floor above; and finally into the soaring atrium itself — to announce that one had “arrived” in the library.

The atrium, which connected the original building and the wing, was designed to be a “great space for social interaction,” Robbs said, with study tables filling the floor level and balconies with study niches above. 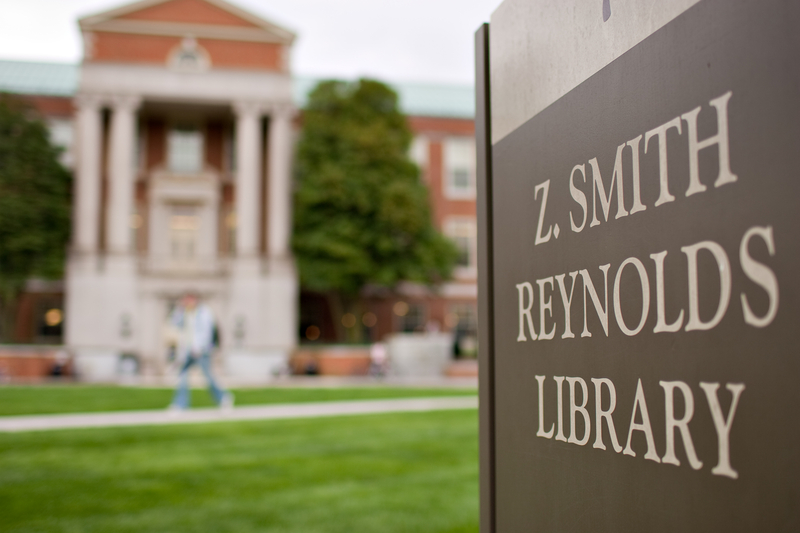 The project also included changes to the front of the library: removal of the twin exterior staircases that led to the main entrance on the fourth level; a new portico; and the relocation of the main entrance to the second, or ground level, to solve the problem of accessibility for the handicapped. Rather than space the four columns on the new portico evenly, two columns were placed near each end to retain the view of what had been the elaborate front door. The “zoo,” a large open study room that ran the length of the front side of the building, was split in half by the new entrance and replaced with smaller study rooms, and later, Starbucks on one side.

Professor Emeritus of Theatre Harold Tedford reminisced about the days when the University Theatre was housed on the top floors of the library. Tedford recalled the last play in the theatre, “The Comedy of Errors,” in 1976. Following the last curtain call, professors and students “coaxed the theatre ghost into a bottle,” he said, and walked across campus and uncorked the bottle to let the theatre ghost out in the new theatre in the Scales Fine Arts Center. The groundbreaking for the Wilson Wing was held in 1990, and the building was completed in the fall of 1991. The official dedication ceremony was held on Feb. 6, 1992, as part of the annual Founders’ Day celebration.