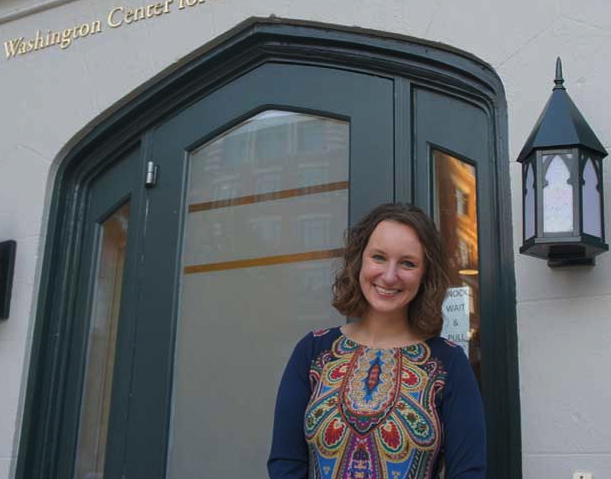 She isn’t a politician or a government bureaucrat, but Sara Clement (’04) helps open doors for students interested in learning about government, journalism, business or nonprofit organizations in Washington, D.C. Since 2007, 95 Wake Forest students have held internships in our nation’s capital through The Washington Center. Clement, a 2004 Spanish Literature major (with minors in Latin American Studies and International Studies), helps recruit students from Wake Forest and other universities to study in Washington as senior manager in the TWC’s Office of Institutional Relations. The Washington Center named Wake Forest its “Private University of the Year” in 2008 in recognition of the success of the WAKE Washington program.

How did Wake Forest prepare you for what you’re doing now?

My professional success largely is a testament to the power of a liberal arts education. Although I can’t say that I apply the content knowledge I acquired in upper-level Spanish Literature courses on a daily basis, the critical thinking, problem solving, oral communication and writing skills I developed throughout my years at Wake Forest have served me well in my career. While I was in college, I had the opportunity to study abroad twice, complete an internship for credit in Cuba and get involved in the Winston-Salem community. I also interned independently with a D.C.-based think tank called the Council on Hemispheric Affairs.

How did you end up at The Washington Center?

I found my first position at The Washington Center posted on idealist.org in 2004. Initially, I processed application materials and responded to email and phone inquiries from prospective interns. Now I’m nearing the start of my eighth year here, and my job duties have evolved considerably.

What do you do now?

My department builds and maintains relationships with the hundreds of U.S. colleges and universities that TWC serves. Each semester, we send around 30 staff members to 200 colleges and universities. Along with traveling to represent the organization myself (to over 50 different institutions in 17 states during my tenure), my primary responsibility is coordinating that effort. Additionally, I manage communications to prospective students and liaisons (TWC’s contacts at our affiliated campuses), conduct outreach to new institutions and organize our Higher Education Civic Engagement Award nomination process.

It must be a special thrill to recruit Wake Forest students to study in Washington?

It’s always a pleasure to assist Wake students as they explore the program and navigate the application process. I’ve been incredibly impressed with all of the Wake Forest interns who have participated since the relationship with TWC began in spring 2007, and my favorite part of the trip each time I visit Winston-Salem is hearing from alumni who join me in speaking with students at the information session. The stories they share really remind me why I do what I do.

What are some of the internships that Wake Forest students have held?

There’s a full list of WAKE Washington alumni on our website. One great feature of the program is that it accommodates students in all majors and minors. Wake Forest interns have worked with the Woodrow Wilson International Center for Scholars; U.S. Attorney’s Office; Department of Commerce; Strategic Health Care; Voice of America; White House Commission on Remembrance; Government Accountability Office; Rock the Vote; and in Speaker John Boehner’s Office, among many others. Lauren Wright (’10) interned with Bob Schieffer at CBS News/”Face the Nation.”

What professors inspired you?

Nearly all of my professors inspired me in one way or another. They were passionate about their disciplines and truly dedicated to teaching. Dr. Linda Howe (Romance languages) definitely pushed me to get outside of my comfort zone and introduced me to experiential learning through a summer program in Havana, Cuba. During my relatively brief flirtation with the idea of entering law school, Dr. Teresa Sanhueza (Romance languages) reminded me that I am happiest within the world of higher education (even if I wasn’t destined to be a Spanish professor!). Most recently, I’ve had the privilege of working with Associate Dean Paul Orser (’69) in his capacity as the Wake Forest liaison to TWC. I will always admire him both professionally and personally.