Sometimes students have to travel far from home to discover what is right in front of them. That was the case for junior Cheng “Nick” Liu, a native of China and gifted pianist, who returned home last summer with Professor of Music Stewart Carter (P ’02) to explore the history of Chinese orchestras. 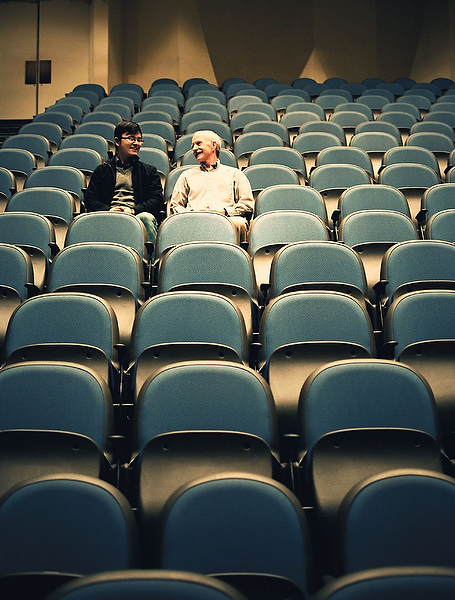 Liu and Carter became close after working side-by-side for four weeks in China, watching orchestra rehearsals, visiting conservatories, and searching library and museum archives. “In China, you wouldn’t treat a teacher as a friend. But Dr. Carter is more like a friend than a teacher,” Liu says.

Liu, like many Chinese students, was trained in Western, not Chinese, music. To learn more about his country’s music history, he found the perfect partner and mentor in Carter, who teaches music theory and history and who had already helped him adjust to studying far from home. Carter had wanted to study the history of Chinese orchestras since a visit to Taiwan several years ago. In Liu, he found the perfect student and collaborator.

“I knew he was an excellent student — very conscientious — so I knew he would take the project seriously,” Carter says. “Throughout our travels we did everything together, but of course, when we communicated with Chinese performers, conductors, instrument makers and orchestra administrators, Nick was the key.” 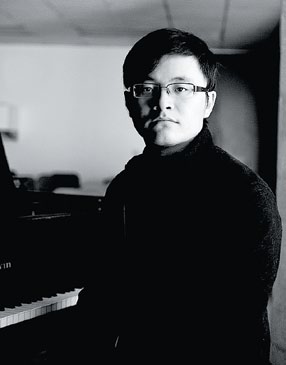 Their quest turned into a family project. They stayed with Liu’s parents at their home in Hangzhou, near Shanghai, and used the parents’ connections in the music world to meet musicians, conductors and makers of traditional Chinese instruments. (Liu’s father owns a music store that sells Western and Chinese instruments, and his mother is principal of a school for student musicians.) “We shared meals and a few family outings,” Carter says. “I also became very fond of the family dog, named Wake.”

Liu and Carter hope to present their research at a national meeting this spring. After graduating in May with degrees in music and business, Liu might pursue a master’s degree in conducting. One day he would like to travel with a Chinese orchestra or ensemble in America or Europe, but he plans to return eventually to Hangzhou to take over his father’s music business. Carter’s influence has been profound. “When I first came here, he was my first teacher in the music department. I asked him for advice a lot, and he helped me not only academically, but with life.”