Although Bill Coore (’68) is a world-renowned golf course architect, he comes across as exceedingly humble. Ask him about playing for the vaunted Wake Forest golf team, for instance, and Coore won’t embellish the facts. “I existed in a sense with the golf team through my sophomore year,” he drawls gently. “To say I played would be such an exaggeration it would be beyond belief.”

Despite never competing in a varsity match, Coore received a call last year from his old coach, Jesse Haddock (’52), who later led Wake Forest to three NCAA titles. Recalling the conversation, Coore’s modesty resurfaces. “I can’t believe Coach Haddock knew I existed even then, much less now,” he says.

Though you’d never know it by talking to him, Coore has achieved prominence in golf through his course designs. Along with partner Ben Crenshaw, a Hall of Fame player, the 66-year-old Scottsdale, Ariz., resident has created some of America’s most talked-about courses, not to mention layouts in Europe, Asia and Australia. 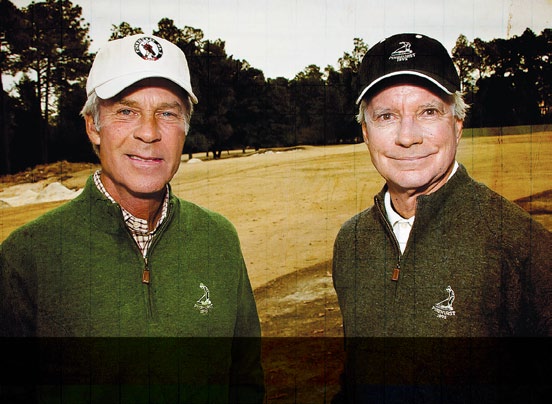 Last year, Coore and Crenshaw completed perhaps their most notable project, restoring the revered No. 2 course at Pinehurst Resort, a golfing mecca in the North Carolina Sandhills. Designed by legendary Scottish architect Donald Ross and opened in 1907, Pinehurst No. 2 has hosted major tournaments throughout its history, including U.S. Opens in 1999 and 2005. Two years from now, its legacy will be burnished when it becomes the first course to host the U.S. Open and U.S. Women’s Open in consecutive weeks.

Historic import aside, the Pinehurst project held personal significance for Coore. As a teenager in rural Davidson County, N.C., he caddied for his neighbor, Donald Jarrett, at Pine-hurst No. 2 and returned occasionally with his own clubs.

“Both in high school and later when I was at Wake Forest, we would go there to play every opportunity we got,” he recalls. “The summer rate was $5 to play golf all day, and it was not uncommon for us to play 54 holes in one day.”

Given his history, Coore brought a unique perspective to the restoration, a task Pinehurst Resort owner Bob Dedman Jr. has likened to messing with the “Mona Lisa.” The project took 10 months, and when Pinehurst No. 2 reopened in March 2011, consensus quickly emerged that Coore and Crenshaw had reinstilled the native character and strategic attributes the course had once possessed. Moreover, the restoration has made the layout more environmentally sustainable.

Not surprisingly, Coore and Crenshaw achieved these outcomes with a prevailing sense of humility. “I think they put their egos in check,” Dedman says. “Not all architects are willing to do that, because they want to make it their masterpiece. Clearly what Bill and Ben wanted to do was make Pinehurst No. 2 a masterpiece, and I think that’s what they’ve accomplished.”

Coore’s understated rise to the top of his profession has roots in his country upbringing. His mother, Clara, raised her only child alone, working two jobs to make ends meet but never imposing limits on her son.

“She just said, ‘You can do anything you want to do. You can be successful, and be anything you want to be. Just remember, be the best at it that you can be,’ ” Coore says. “She’d say that over and over again, and I’d come home with these hare-brained ideas of things I was going to be. And she would never make fun of them.”

Coore arrived at Wake Forest in 1964 with a yen for golf but little academic direction. On sophomore registration day, he planned to meet his roommate for an afternoon round. Needing to fulfill his foreign language requirement, he scanned the Z. Smith Reynolds Library and saw nothing but long registration lines. With the clock ticking toward his tee time, Coore spotted no line at the classical Greek table. He introduced himself to the professor, the late Carl Harris, registered for the class and left for the golf course. 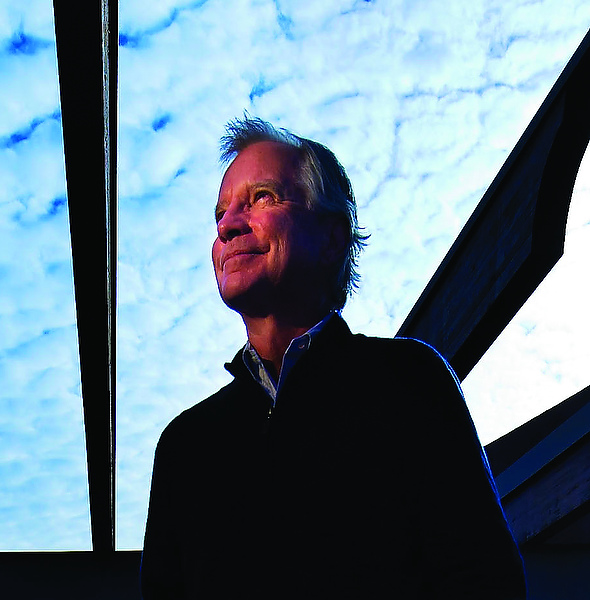 He calls the chance meeting fortunate. “The first year, I took those classes with Dr. Harris as much out of necessity and obligation as anything,” Coore says. “But in the process, I became interested or even fascinated with the subject matter, and perhaps even more so with the man who taught it.” In three years, Coore took every course Harris offered and was the only student in a few of them. He earned a degree in classical Greek and aspired to become a professor.

Instead of attending graduate school, however, Coore was drafted and spent more than two years in the U.S. Army. Stationed at North Carolina’s Fort Bragg, he continued to visit Pinehurst periodically and began studying golf courses in his free time. Upon his discharge, Coore pestered noted course architect Pete Dye into giving him a construction job. “I was wearing hip waders, carrying a chainsaw and cutting down trees,” he recalls.

After a decade with Dye, Coore started his own design firm in 1982 and forged a partnership with Crenshaw four years later. Sharing respect for architects of the past, including Ross, Coore and Crenshaw have developed a reputation for designing courses that encourage strategic decision-making.

Their design philosophy stems in part from Coore’s formative experiences playing Pinehurst No. 2. “It gave me a chance as a not very accomplished player to compete with far better players,” he says. “No. 2 gave you the options to play your type of game. It didn’t dictate to you how you had to play golf.”

In recent decades, however, the resort introduced Bermuda grass rough in place of the sandy waste areas that had once flanked the holes. Fairways became narrower, robbing the layout of some strategic qualities Ross had bestowed.

“We had the ability to grow wall-to-wall grass and we did, and I believe in hindsight that was a mistake, that we lost some of the original character,” Dedman says.

Using archival photographs, including 1943 aerial shots from the U.S. Department of Defense collection at the National Archives, Coore and Crenshaw sought to revive the course’s strategic flavor by restoring the fairways to their original widths and reintroducing native waste areas. To accomplish these tasks, their team stripped about 37 acres of Bermuda grass rough from the course and replanted thousands of clumps of indigenous wiregrass within the sandy areas that were uncovered.

Coore and Crenshaw also directed the removal of hundreds of irrigation sprinklers, reducing the number from more than 1,100 to 450. Sprinklers now line the center of each fairway, and with no rough to maintain, the course is using an estimated 30 to 40 percent less water and fewer chemicals, says Bob Farren, Pinehurst Resort’s director of golf course and grounds maintenance.

The restoration’s result, many believe, is a course that appears more natural and plays more like Ross intended. “There’s so much more freedom,” says Craig Disher, a Pinehurst member who helped Coore and Crenshaw obtain the 1943 aerial photos. “With the wider fairways, you feel like you can actually think about where you want to place your shot. Before, the fairways were so narrow that you really had only one way to play the hole.”

Offering golfers strategic options, as Ross and other architectural forebears did, is a logical outgrowth of his Wake Forest education, Coore suggests. “In a nutshell, it taught me to think, but not what not to think,” he says. “Maybe in some ways that whole philosophy translates back into the very thing I do today, which is to try to create golf courses that allow you to play your own game, but don’t dictate to you how you have to do it.”

Although golf’s gain was academia’s loss, Coore’s classical training has stayed with him, according to his design partner. “He’s a very open-minded individual,” Crenshaw says. “He does have a classical side to him.”

Mike Cullity, a former editor at Golfweek and frequent contributor to Golf World magazine, is a journalist and freelance writer in New Hampshire.