When Cheyenne Woods won the ACC women’s individual golf championship in a dominating fashion as a junior in the spring of 2011, there was only one downside: Nobody toilet-papered the Quad in celebration. “I wish!” says Cheyenne, laughing. “Women’s golf doesn’t get the love that basketball and football does, but it’s okay.”

One cool upside? Her uncle, pro golfer Tiger Woods, tweeted about her just moments after her victory: “My niece, Cheyenne, just won the ACC golf title by 7 shots! That’s awesome, I’m so proud of her.” His support surprised and touched her. “It was crazy, because I wasn’t expecting that at all. He barely uses Twitter, and I didn’t even know he was watching!” says Cheyenne.

Though they’re too busy to see each other much these days, Cheyenne watched Tiger play when she was a child — she’s even played with him a handful of times. “The fact that he’s taken the time to watch me and give me tips has been a great experience for me. I really look up to him,” says Cheyenne. 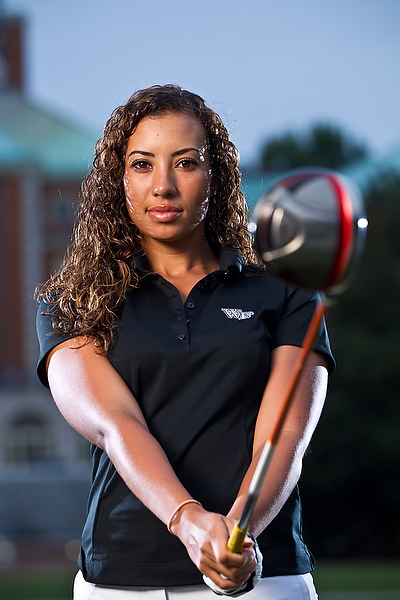 Having a famous family member has its perks. “In elementary school, I thought it was the coolest thing ever. I’d say, ‘Guess who my uncle is?’ I was so proud that I was related to him,” says Cheyenne. But as she got older, her last name could sometimes be a burden. “I didn’t want to rub it in people’s faces.”

When she started winning national golf tournaments at age 10, comparisons between the two golfers became inevitable. Talk about pressure. If Cheyenne hopes to follow in Tiger’s footsteps, she has enormous shoes to fill. At Cheyenne’s age, Tiger was already a pro, and since then he has won 14 major championships (more than any golfer in history — except Jack Nicklaus, who has won 18). But for 21-year-old Cheyenne, who has been interviewed by reporters for over a decade, high expectations are nothing new. “I’m used to it now, so it doesn’t really affect me. I do think I have the ability to achieve what Tiger has, although it’s a high standard to set for myself. He’s like a Michael Jordan. I’m obviously on a different path and timeline than he was. I just need to stay true to my personal goals and not rush anything,” she says. 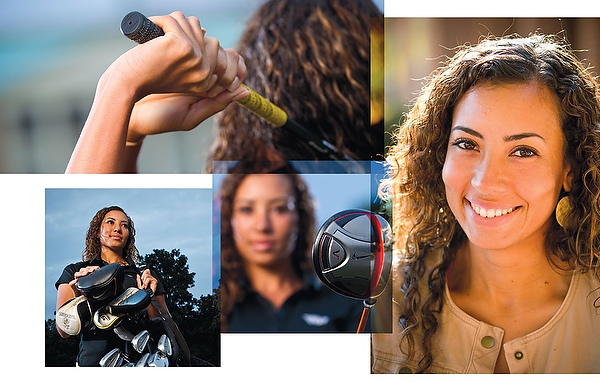 One way Cheyenne is separating herself from Tiger is by carving out an impressive career of her own at Wake Forest. Besides winning the women’s individual ACC championship this past year, Cheyenne also helped the team win back-to-back ACC team championships in 2009 and 2010, and she boasts a scoring average of 73.60.

The Phoenix native is glad she chose Wake Forest. “I loved that it’s an amazing academic school and an amazing athletic school,” Cheyenne says. The fact that golf greats like Arnold Palmer (’51) went to the University also didn’t hurt. “It just shows how the golf program has been strong for so long.” 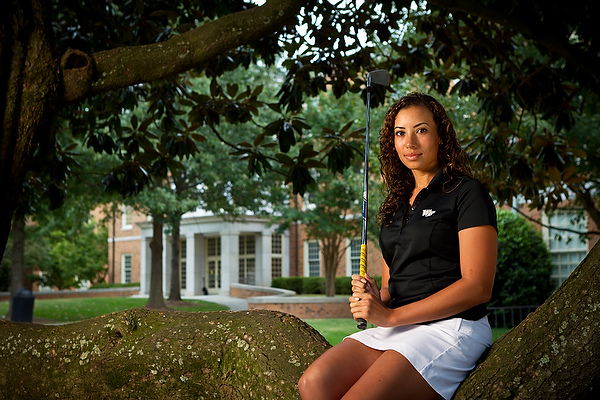 But Cheyenne did experience culture shock in Winston-Salem. “Everyone is really, really nice here. Little things are different — like rain boots. I didn’t know people actually wore them. One day it started raining and everyone pulled out their rain boots, while I was walking around in flip-flops, because I’m from Arizona!”

Juggling workouts, practices, competitions and schoolwork isn’t an easy task. When Cheyenne isn’t traveling to tournaments, she might get up at 5:30 a.m. for a run, work out with the team at 7 a.m., go to class from 9 a.m. to 2 p.m., practice with the team from 2 p.m. to 5 p.m., and then do homework at night. “It’s physically exhausting. It’s important to keep your body healthy so you can get through all that,” she says. 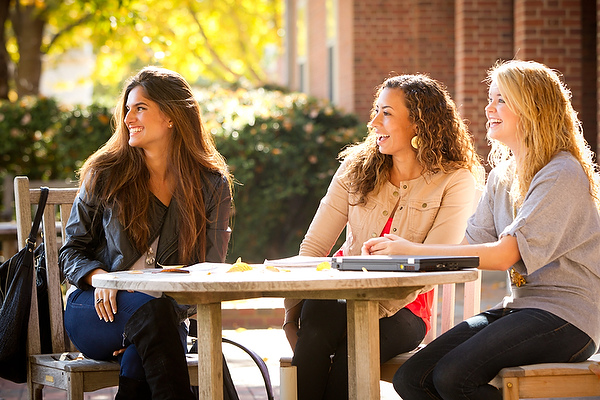 But Cheyenne still finds time to socialize and relax. The communications major is dating a member of the football team and loves to bond with golf teammates. “One night, the whole team came over to my off-campus apartment for taco night. Everyone brought food and we had a feast,” Cheyenne says.

During her senior year at Wake Forest, Cheyenne has two goals: “I want to be an All-American for the third year in a row. And I want to lower my scoring average, which will hopefully lead to more tournament wins and championships.” If all goes as planned, after graduation she hopes to compete in the Ladies Professional Golf Association’s Qualifying Tournament (often dubbed “Q-school”), an intense, three-stage competition. If she plays well, she’ll become a card-carrying member of the LPGA Tour.

While Tiger’s legend is ever-present, Cheyenne won’t let it mess with her head. After all, her main competitor isn’t Tiger. “With golf, it’s just you on your own out there,” she says. “You’re not really competing against other people but against yourself.”