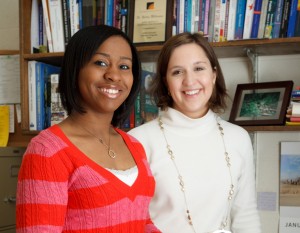 Mentoring has a way of coming full circle. Just ask Betina Wilkinson. As a graduate student, she benefited from a professor who helped her pursue her goals. Now, she’s helping senior Blakeney Brown pursue her interests.

Brown, a senior political science major from Gastonia, N.C., says Wilkinson has had a huge impact on her academic growth and future plans. “Before I came to college, I had been told that there would be professors that I would remember for a lifetime, the professors that would help shape and mold you. Dr. Wilkinson is definitely one of those.”

(Editor’s Note: This is a series of stories on mentoring relationships between faculty and students. For more stories of “Face Time,” see the Spring 2012 issue of Wake Forest Magazine.) 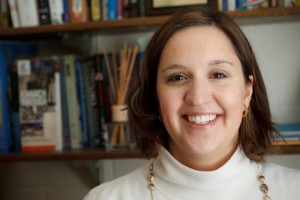 Wilkinson, an assistant professor of political science, had such a teacher in her graduate school mentor, James Garand, a political science professor at Louisiana State University. She has continued to work with Garand since joining the Wake Forest faculty in 2010. “He (Garand) has helped me tremendously in my career, and I hope to be as helpful to my students as an academic adviser and confidante as he was with me,” Wilkinson says.

Brown says Wilkinson has been that and more. “She has taught me how engaging a professor-student relationship can be. I’ve talked to her about what I want to do post-Wake Forest, and she’s opened up multiple doors that I wouldn’t have known about otherwise.”

The spark that brought Brown and Wilkinson together began in the classroom. After taking Wilkinson’s course on Racial and Ethnic Politics, Brown wanted to delve deeper into racial and ethnic issues, and Wilkinson welcomed her interest. “I could really tell that she was passionate about racial and ethnic issues,” Brown says. “She was very approachable, so I knew that I wanted to work with her.” 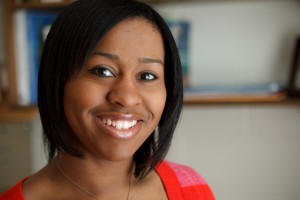 With support from a Wake Forest Summer Research Fellowship, Brown spent last summer working with Wilkinson and Garand, analyzing the racial context and interracial social contact between blacks and Latinos. She co-authored a research paper with them and joined them at a national political science conference in Seattle to present their research.

Wilkinson praises Brown for being completely committed to the project. “She is a mature, hardworking student with a tenacious spirit. Our mentoring relationship was able to thrive given both our commitment to research and respect for each other as researchers and people.”

Brown is planning to attend law school next year, but Wilkinson has encouraged her to consider additional possibilities, such as seeking a master’s degree in political science. She hopes to use her interests in racial and ethnic issues as a civil rights or sports and entertainment attorney. “Just being around her (Wilkinson), she showed me that I could possibly do more than what I had thought initially,” Brown says. “She’s taught me that if you’re really passionate about something, then you should pursue it.”