Ashton Keefe (’09) has had many great experiences as a chef, including the time she got a call from her culinary school mentor Marcus Samuelsson, owner of Harlem’s Red Rooster restaurant and a celebrity chef on Food Network.

He had a job for her if she were willing to work long hours and not ask for details. Her instructions? Show up — with knives — at the appointed New York kitchen, on time and wearing a white chef’s coat with no name or labeling.

It was a week later, after she, Samuelsson and his sous chef had meticulously prepared and vacuum-sealed a gourmet meal, that she learned it was served to President Barack Obama. 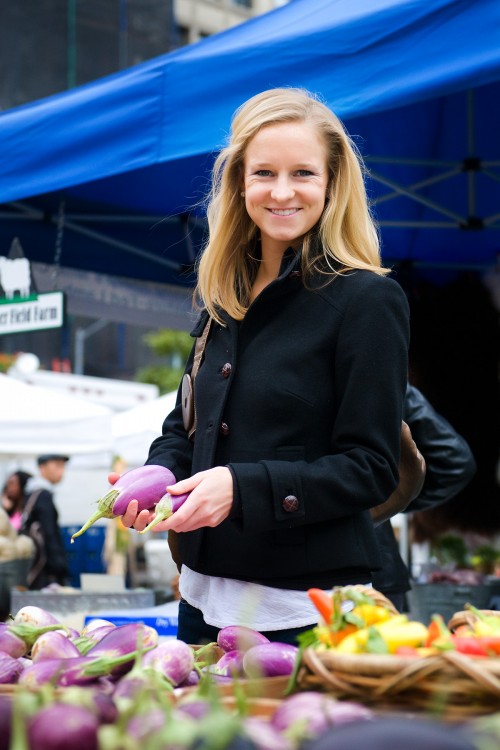 Keefe knew early on that food was her passion. Growing up in New Jersey with a mom who was a chef, every meal was a lesson in culture, art, history and the nuances of food and wine. After high school she enrolled at Wake Forest; its big-school resources and small-school friendliness suited her tastes.

While relishing music and art, history and athletics, Keefe majored in English and Entrepreneurship and Social Enterprise. She embraced her love for food, enjoying pulled pork at tailgates and boiled peanuts on a trip to Charleston. And she kept on cooking — in her residence hall. “I was the only student to ever buy wine that cost more than $15 a bottle and then cook with it.”

After graduation Keefe enrolled at the French Culinary Institute in Manhattan, a city where she was already networked within the fine-food scene, having worked catering jobs during the summer.

Today she is chef and founder of Ashton Keefe Culinary Lifestyle Services, a boutique catering business offering fine cuisine, food styling and cooking lessons to those for whom food is not just a means to an end. “I started doing boutique catering to develop one-on-one relationships with clients and develop food that is elegant to look at and delicious to taste,” she says, adding that teaching people how to appreciate fine food and adapt it to their lifestyle is as important as the preparation itself.

Keefe works with highly sought out New York event planners including Amy Atlas and Sarah Pease. She also develops recipes and contributes to “Everyday with Rachael Ray” and O, The Oprah Magazine and is the editor for wine expert and “Today” show regular Leslie Sbrocco’s “Thirsty Girl.” 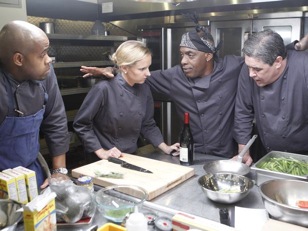 Ashton Keefe (second from left) assists Coolio (third from left) in the kitchen on the set of “Rachael v. Guy Celebrity Cook-Off.”

In addition she blogs at “Diary of a Sweet Tooth,” a collection of culinary musings and recipes, and distributes her own email newsletter. She’s had behind-the-scene gigs at Food Network, serving as a back-up chef on “Sweet Genius,” where she made a favorable impression and befriended the crew. That led to an opportunity assisting Grammy-winning hip-hop artist Coolio during his appearance on the recent “Rachael vs. Guy Celebrity Cook-Off.” “Being nice is something I recommend for young entrepreneurs,” she says, “and show up on time.”

A self-proclaimed Type A personality, Keefe is accustomed to having several plates in the air. One thing being an entrepreneur has taught her is to loosen up on the control switch, saying ‘yes’ to new experiences and taking them for what they are.

“When I graduated I said I wanted to work with food and be respected as a chef above anything else,” says Keefe. “I want to get to the top but I’m not willing to cut out all the hard work in-between. I still love the grind.”

As in the case of that top-secret mystery meal? Absolutely, says Ashton. “Keep chopping until you’re told to stop because you never know who you’re doing it for.”