With a storybook setting as his backdrop, his graduating daughter, Kerry, wearing a cap and gown in the audience, and his wife, Trustee Candy Ergen, on the stage behind him, Charlie Ergen reflected on the lessons found in children’s books as he delivered the Commencement address to the Class of 2012 on May 21.

Ergen (MBA ’76, P ’12), chairman of two businesses he built from the ground up — DISH Network and EchoStar Communications Corp. — invoked the wisdom of Dr. Seuss, Curious George, Matilda, the Runaway Bunny and Dumbledore as he offered about 1,700 graduates five keys to success: never stop learning, be curious, try new things, get really good at something and have the nerve to go the whole hog. 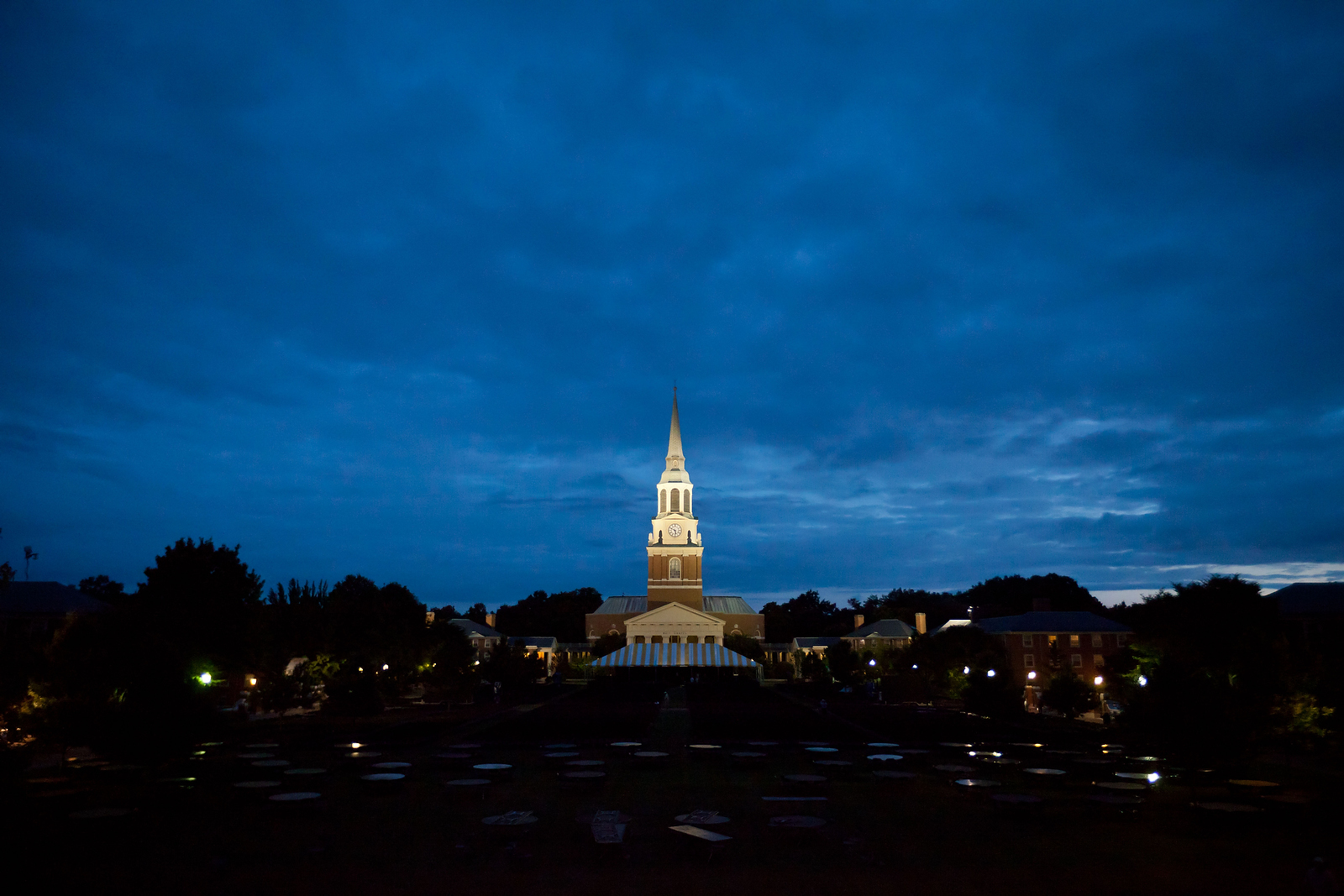 “Like Curious George, I’ve always wondered why something can’t be done. Focusing on ‘we can,’ instead of ‘we can’t.’ Asking questions. Doing a bit less talking and a lot more listening. There is no question that the more curious you are, the better learner you will be.”

Ergen said he “failed” in his first two jobs because he was interested only in the paycheck that put money in the bank, not the paycheck that would get deposited in his body of experience. “I encourage you to take the jobs where you will learn the most, and the other paycheck will take care of itself,” he said.

Wake Forest Magazine has several Commencement photo albums on our Facebook page. Look for yourself, your family or friends as you relive this memorable day!

You can also experience the day in tweets, posts and pictures in “2012: Storify.“