Usually I would welcome the snugness of an overfilled New York City taxi in early March, but it was unseasonably warm that afternoon. My classmates and I, still reeling from a morning of art world immersion in Chelsea, sat excitedly in the back seat, almost unable to contain our curiosity about what lay ahead.

The ride was short. Twenty-two blocks later the Hudson River came into view and the cab pulled up to a curb outside of what appeared to be a warehouse. Sheet metal siding cascaded down into a nondescript facade of brown bricks and red rolling steel service doors. Had it not been for the swarm of taxis surrounding us and the prevalence of proclamatory banners hanging from every lamppost, I would have hesitated to exit the taxi for fear that we made a wrong turn.

With little hesitation, our professors ushered us in through the front doors, handed us admission tickets and encouraged us to “see some art.” The directive seemed simple enough, but I had little idea of what exactly it meant; that is, until I soon emerged from the lobby onto a staircase overlooking the showroom floor of Pier 94.

Essentially two long docks jutting out from Manhattan into the Hudson River, Piers 92 and 94 annually play host to a number of special events, perhaps none more spectacular than this: The Armory Show, one of the most prominent modern and contemporary art fairs in the world.

There I stood, perched atop an iron precipice, my eyes sweeping across a cavernous room filled with a maze of booths overflowing with some of the most important and sought-after contemporary art on the market including a Damien Hirst painting that would sell during the course of the fair for over $4 million. If New York City is the self-proclaimed “center of the art world,” here I was at the doorstep, being ushered in.

That day thousands of visitors navigated the ocular candy shop that is The Armory Show, a significant number of whom, I am sure, arrived serendipitously. For myself and my classmates, however, this art fair, in all of its complexity and vastness, served as a purposeful opening ceremony christening the beginning of an intimate journey through the broadways and back alleys of the art market.

The opportunity to travel to New York to experience firsthand the art fairs, galleries, auction houses and various other players that comprise the art world was an idea originally born out of the desire of New York gallery owner and Wake Forest parent William Acquavella to expose students interested in entering the art market to its various and inherent complexities. After his son Alexander’s graduation from Wake Forest in 2003, Acquavella generously bestowed upon the University a gift providing for an interdisciplinary course integrating the realms of art and business. 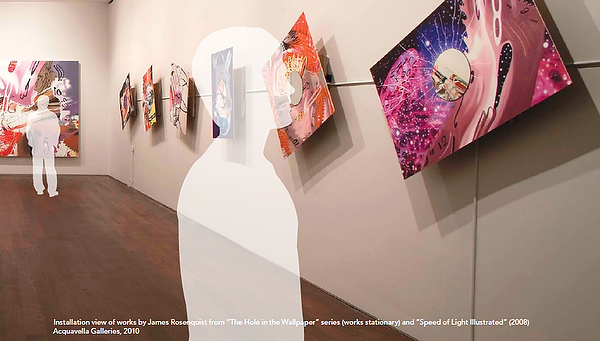 Then-chair of the Department of Art Margaret Supplee Smith and Associate Dean of the Schools of Business Gordon McCray (’85) soon took on the task of developing the curriculum for “Management in the Visual Arts.” Contributions from the Acquavella Fund for Art and Business afforded Wake Forest the opportunity to offer the course for an initial period of 10 years beginning in the spring of 2004.

With funding in place, the question became how best to educate students about a subject as intricate and volatile as the art market. The solution proposed by Smith and McCray involved dedicating a portion of the funds to finance a Spring Break trip to New York City, where faculty and students could each year experience the major crossroads of the global art market. It was on this trip in the spring of my senior year that my experience at The Armory Show occurred.

After I returned from New York I found it difficult to express all of the things I had been exposed to. The concepts from the classroom had not only crystallized, but also, more importantly, become substantive and, thus, essential. I had stepped foot into a blue-chip gallery on the Upper East Side, heard the excitement surrounding an international art fair, spoken with an artist in her Brooklyn studio, stood on the floor of the auction room at Sotheby’s and inspected at arm’s length a Matisse and a Picasso hanging on the walls of a Fifth Avenue penthouse.

I am confident that the opportunity to experience these interactions firsthand instilled within me an insatiable curiosity about the art market — one that has informed and inspired me over the past two years as manager of the START Gallery and will continue to do so for the rest of my life.

Collectively, these intersections of art and business were the goals that Acquavella expressed when he planted the seed for this class and trip, junctions that may be illuminated within, but that ultimately exist outside of, the four walls of a classroom. It is through his generosity that I and more than 128 other Wake Forest students have been able to engage this world of art and business, a world often difficult to penetrate.

I find it probable that I will never again experience anything quite like that trip. Rather than be disheartened by such a thought, however, I am instead encouraged that future generations of students at our alma mater might know an opportunity so unique and life-changing; that generosity can be such a tremendous catalyst for profound experiential and, ultimately, essential learning. 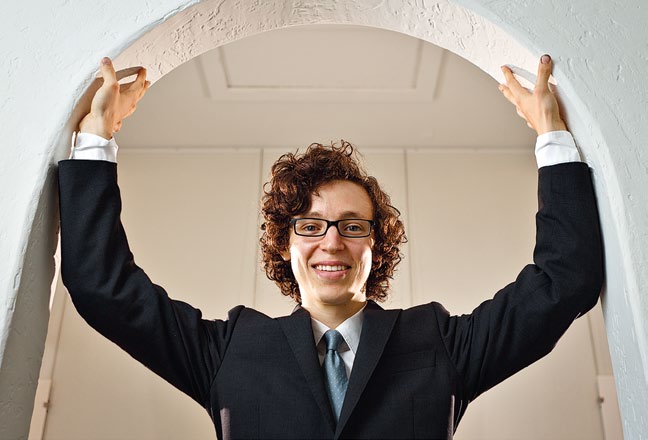