In early March, 15 first-year students entered a maximum-security prison in Columbia, S.C., to sit side by side with inmates convicted of murder, robbery and drug-related offenses. They traveled from Wake Forest to discuss crime, punishment and George Orwell’s 1931 essay, “A Hanging.”

Why did they visit? In part, to become better writers.

Whether through debating the merits of the death penalty with felons, analyzing the representation of teenagers in J.D. Salinger’s “Catcher in the Rye” or using the analytical skills of Sherlock Holmes to solve a mystery, students are learning the power of the written word and how to radiate that power in their writing.

Writing matters more than ever in a liberal arts education — for a biology report or an English essay or an analysis in a political science course, Assistant Professor of English Laura Aull says. In this digital age, she adds, fears about the demise of traditional writing are greatly exaggerated. “Students are actually producing more text than the generations that came before.” Whether posting an update on Facebook, emailing or sending a text message, she says, students “are using writing to state ideas and opinions.” 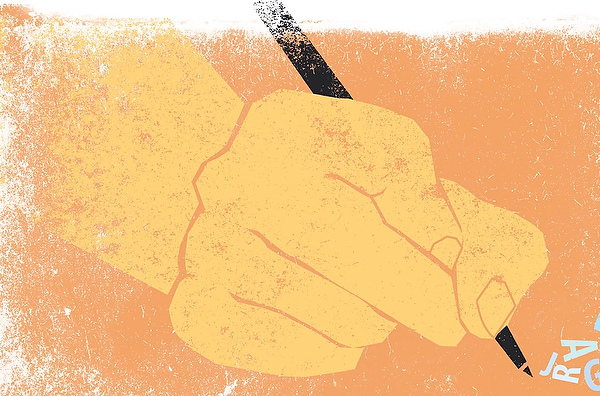 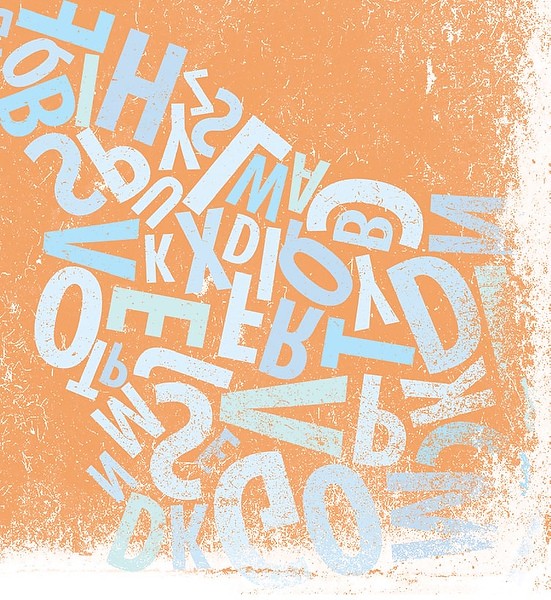 Writing is about exploring a subject, discovering new ideas and learning how to confidently express those ideas, says Professor of English Anne Boyle, who directs the University’s writing program. It starts with a question that a student wants to explore, not a simple restatement of what a student has learned, she says.  Students are urged to abandon the typical 3 a.m. writing start time as well as the five-paragraph essay mastered in high school with its introductory paragraph, five examples and a concluding paragraph. “The writing process is not a linear process,” Boyle says. “It is recursive — invention, research, drafting, writing, revision and editing.”

Lecturer in English Grace Wetzel’s writing seminar, Imprisonment in America, illustrates Boyle’s point. “Learning to write” is not simply mastering the rules of grammar and spelling, she says. “We want to create writers who recognize the power of their words in influencing policy and public perceptions.”

In her seminar students first come to understand good writing through Orwell’s “A Hanging,” which describes in matter-of-fact prose the execution of an unnamed man for an unnamed crime by British police in Burma. Students spend the semester reading other works of literature, political speeches and newspaper articles about crime and punishment. For the South Carolina prison visit, Wetzel matches each of her students with an inmate to discuss essays each has written about Orwell’s work. The rest of the semester the students continue to exchange their writings with the inmates, many of whom are working toward associate degrees.

Discussing “A Hanging” with someone who has a vastly different life experience helps students pinpoint assumptions and stereotypes about crime and punishment. “People too often write about, or argue with, others without fully understanding them or soliciting their perspectives,” Wetzel says. The seminar reveals for students that representing someone else through writing — “the working poor in a public policy document, a prisoner in a court of law or the homeless in a newspaper article — is a tremendous responsibility.”

1. It’s okay to use the first person for rhetorical purpose; “I” can signal authority or an upcoming sequence; “we” can build solidarity with your audience.

2. Don’t use “interesting,” but rather what you precisely mean; try innovative, controversial or complicated instead.

3. Don’t overuse “however,” or use a transition word just to use one. Consider “conversely” (for comparison) or “nevertheless” (for consequence), according to your purpose.

5. When in doubt, break up a long sentence. Shorter statements help lend clarity and emphasis.

6. Do not write only for your professor. Write as though you’re writing for a general, educated audience.

7. When you quote from a source, make every part count. If one part of it does not relate directly to your own claims, streamline or pick a different quote.

9. Ask others to read your writing, especially key sentences or paragraphs. Post a thesis to Facebook and ask if it holds. In some way or another, get other opinions.

Rising sophomore Houston Clark, from Chattanooga, Tenn., says the newfound perspective has made him a more careful writer. A 27-year-old inmate with eight years and counting behind bars became his teacher in that regard. “Too often we talk about things that we don’t really know anything about just to look like we’re informed,” Clark says. “I learned that writing is a tool to talk to people and engage with others” to bridge that gap. 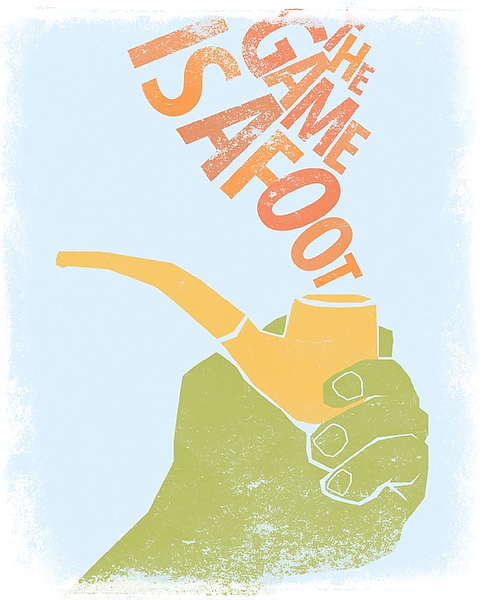 With his first-year seminar on Sherlock Holmes, Professor of Chemistry Brad Jones (’84) has found a way to blend science and writing while challenging students to examine assumptions, just as Wetzel’s students do. Jones, who has taught the seminar since the First-Year Seminar program began 15 years ago, mixes a little chemistry into the class when he asks students to conduct experiments, such as identifying pipe tobacco left at the scene of a “crime.” Then comes the writing component. Students record their findings in a “Holmesian” just-the-facts style and a “Watsonish” more-embellished style.

As students master the style, tone and literary techniques of Sir Arthur Conan Doyle, they compose their own Sherlock Holmes short stories, staying true to Doyle’s style and characters. They critique each other’s stories, but they don’t know whose paper they’re critiquing. That can be uncomfortable at first, Jones says, but “once there’s one good critical review, they don’t fear it so much.” The critiques help young writers identify where they need to nail down the details, flesh out the characters and rewrite awkward sentences.

Celia Quillian, a rising junior from Atlanta, approaches writing in a different way since the seminar. “Classmate critiques definitely helped me discover what was working and what wasn’t in my story,” she says. Quillian’s and other students’ stories land in Strand Magazine, a bound volume Jones publishes annually, its title an homage to the British magazine that serialized Conan Doyle’s stories.

McClancy, in her wonderfully named writing seminar, Teenage Wasteland, uses J.D. Salinger’s “Catcher in the Rye” and iconic coming-of-age movies such as “Footloose” and “American Graffiti” to teach writing.  Students examine how writers in literature and film construct portraits of American teenagers and explore how to use those styles and methods in their writing. McClancy tells her students writing is “thinking on paper,” raising “new ideas that will lead them to question old ideas.” To express the “new ideas,” students must abide by McClancy’s rule: They are not allowed to use a list of words that includes “interesting,” “important,” “example,” “fact.”

Rising sophomore Sarah Harris of Raleigh, N.C., says the topic of McClancy’s seminar — the representation of teenagers in different genres — led her to dig deeper into the subject. “Writing about teenagers and being a teenager myself gave me a greater interest in the topics we covered and allowed me to connect with them on a deeper level. Feeling so connected,” she says, “allowed me to write better papers and thus become a better writer.”

“We want to create a culture of writing at Wake Forest,” says Ryan Shirey, lecturer in English and interim director of the Writing Center. In that spirit, Wake Forest is enhancing its undergraduate writing program with new faculty and courses, and a fresh outlook.

Hired in the last three years is a core group of teachers dedicated exclusively to writing. The 11 faculty members have backgrounds as professional writers or scholars specializing in composition, rhetoric or writing studies. They will teach most of the first-year English writing seminars, previously taught by faculty in the English department. Faculty from various departments will continue to teach the other required foundational writing course, the first-year seminars.

Incoming Dean of Student-Faculty Academic Initiatives, Professor of English Anne Boyle, spearheads many of the efforts to infuse writing across the curriculum. “This is a much needed academic enhancement for all our students because they will need these skills, irrespective of their majors, career or professional school plans,” she says.

Shirey says Wake Forest’s approach engages students with issues that are topical and timely. “It’s not limited to a handful of classes that you take your first year and never worry about again. It’s something they will engage in for the rest of their lives.”

This summer, entering students in the Class of 2016 will complete a reading and writing assessment to gauge their preparation for college-level work and introduce them to the level of writing expected at Wake Forest. The results from this first-time program will be shared with the students’ first-year and writing seminar professors.

The Writing Center, which provides peer tutoring to boost students’ skills, will be ready to help those who need it. The center moved last summer from Reynolda Hall into expanded space in the Z. Smith Reynolds Library. More than 600 undergraduates visited the center last semester, a 74 percent increase in the last two years.

Also for the first time in the 2011-12 academic year, students could declare a minor in creative writing. For writers who are journalism minors, they will see more options in the new academic year for niche reporting in sports, business and science, and a greater emphasis on digital and social media. A minor in interdisciplinary writing is under discussion to prepare students for writing in a particular field, such as science.

“Professional scientists do a lot more writing than I ever thought — grant proposals, manuscripts, summaries of their work for public understanding,” says Associate Professor of Chemistry Rebecca Alexander. “Writing is one of the most important skills you can take out of college, no matter what you end up doing.”