When Jessica Vogel (’08) enrolled at Wake Forest in 2004 her plan was to pursue a career in anthropology. But as often happens with plans, hers changed when she received a Presidential Scholarship in art.

The scholarship, along with personal attention from art department faculty, gave her the recognition and confidence she needed to move forward as an artist. Mentors helped her refine a point of view and introduced her to the connection between art and entrepreneurship. “It was an interesting liberal arts education that was open to experimentation,” says Vogel, a sculptor in Massachusetts who was recently named one of “Six to Watch” by The Boston Globe. 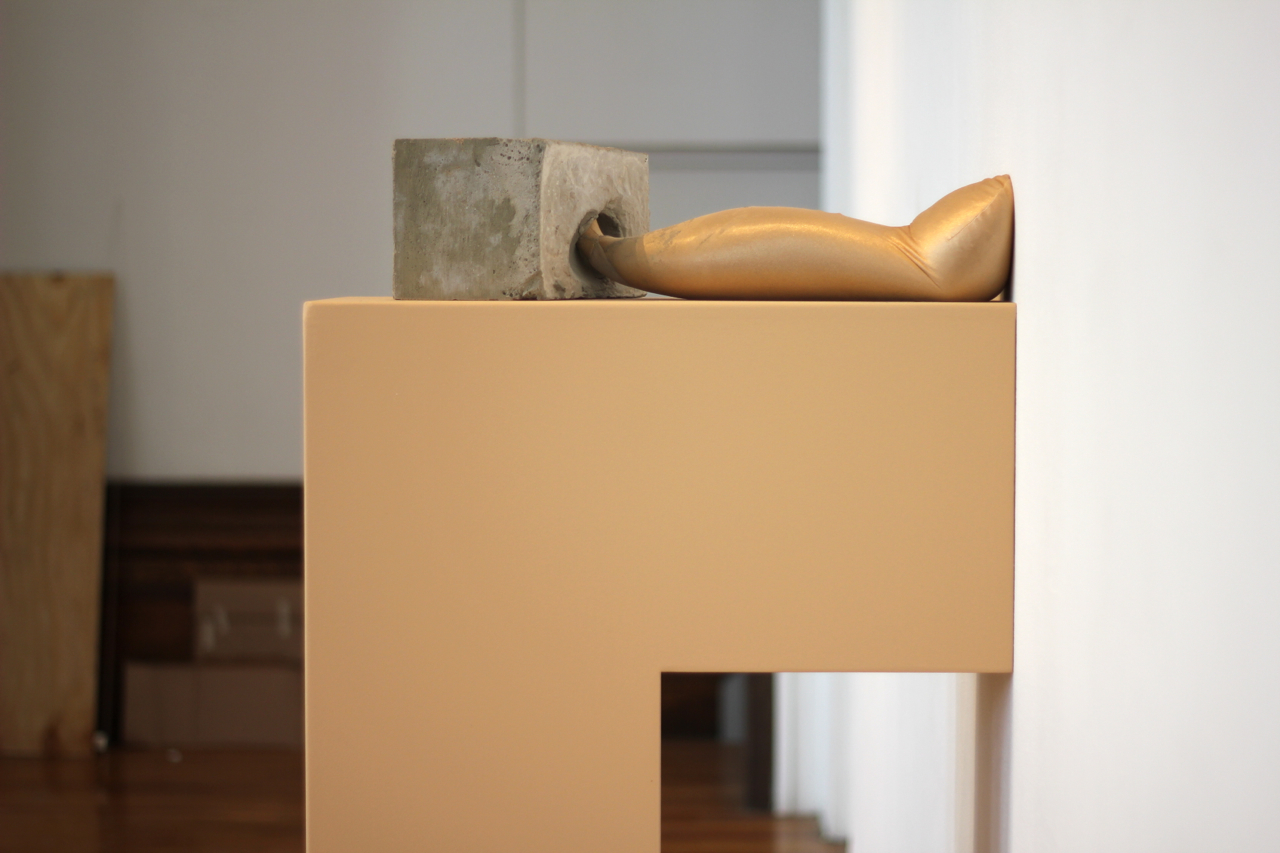 One particularly influential teacher was Professor of Art and sculptor David Finn. “The first class I took was his sculpture class. I had a very narrow view of art before Wake Forest for sure, and he infused art history into his classes,” she says. “What I like about sculpture is that it’s not an illusion, it’s our world and three-dimensional.”

While at Wake Forest one of her public art projects was to create artistically themed backpacks that drew attention to national issues such as stem-cell research or immigration. In addition, Vogel and fellow student Bill Brown received a grant from the Chambers Family Endowment Fund for Entrepreneurship to support an art/business venture, Stuffed Robot Inc., marketing handmade stuffed toy robots.

After graduation (she majored in studio art and minored in anthropology) Vogel spent a year working in New Orleans with a fashion designer and became interested in incorporating fiber into sculpture. “I am drawn to the sense of tactability in that it’s a physical reaction, and I want to bring that sense into a realm of the imaginary,” says Vogel, whose work often combines fiber with wood or cement. “Psychology, perception of reality and the visual grammar of materials are three conceptual themes that reoccur in my work.” 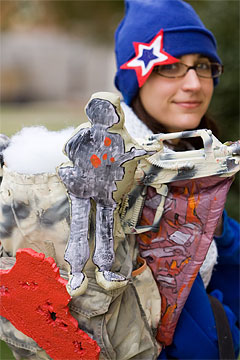 Jessica Vogel, as a senior, wearing a backpack on the war in Iraq she created as part of a public art project.

Last May she received an MFA from Massachusetts College of Art and Design with a focus in three-dimensional art and sculpture. Her artistic vision combines fantasy and reality, and she draws visual cues from such places as science fiction films and movie musicals from the ’50s. Vogel says her work has an underlying theme of dualism, whether it’s in the pairing of two forms or the combination of two contradictory feelings.

“My shapes and forms are intentionally awkward,” she says, adding, “I find that a slight hint of discomfort or confusion is enough to evoke a second glance. We project onto things that don’t make sense in order for them to fit into our realities. This natural tendency has allowed me to interact with the viewer through the work by creating a specific sensory space.”