In Raleigh, N.C., they packaged more than 4,000 meals at Stop Hunger Now. In Palm Beach, Fla., they raised the roof at a Habitat for Humanity site build. In Winston-Salem they transplanted basil seedlings ready for their home in the Campus Garden. And at the Houston Food Bank they prepared 3,356 pounds of food to make meals for those in need. 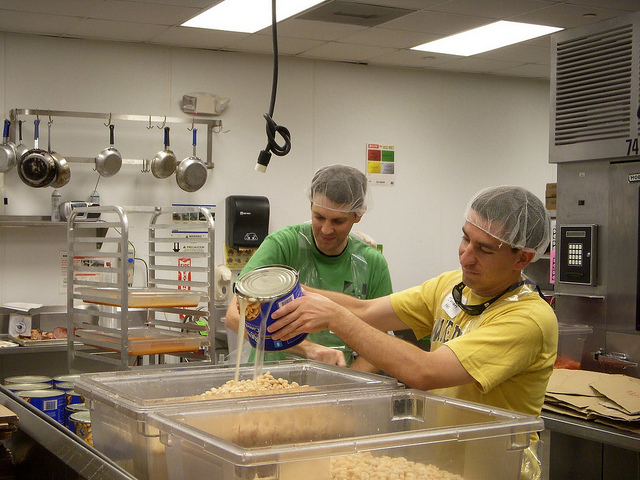 On June 1-4 more than 400 Wake Foresters representing 18 clubs donned hard hats and hairnets and gave back to their communities in the University’s first nationwide volunteer service event, Pro Humanitate Days. (See Flickr photo gallery). Also known as 4Good, the event was first envisioned by Alumni Council member Kim Boatwright Shirley (’85, P ’13) as an occasion for Wake Foresters to come together for the common good in the spirit of the institution’s motto.

“Pro Humanitate resonates with me as it reinforced how I was raised — that education is a privilege and should be more than a diploma on a wall — that we need to take all we learned at Wake Forest, and we all need to continue to learn after we graduate and use this to give back to our communities and around the world,” said Shirley, who was thrilled with the success of her hometown event in Raleigh. “Everyone had a positive experience packaging food for Stop Hunger Now. We had students, incoming students, parents and alumni turn out. It was my dream that this event would bring the entire Wake Forest community together.” 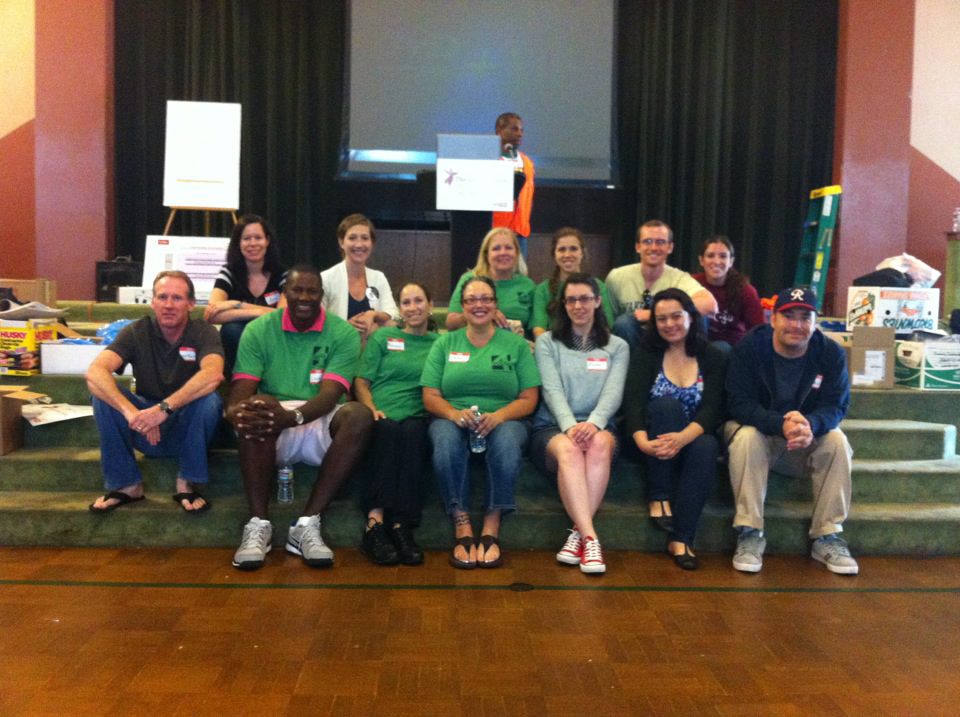 David Bates (’84) of the Palm Beach, Fla., club said the spirit of Pro Humanitate united a group to help build a Habitat for Humanity house in Lake Worth. “When we arrived at the site, the only thing that existed was a concrete slab. Together, current students, alumni, families and friends helped construct walls of a building that will become a home to a needy family. Amazingly, the slab slowly transformed into a home as each wall segment was lifted into place. It was great to leave the site knowing that in such a short time, you can make a great impact on your local community,” he said. “It was a great morning of service,” said Shannon Bothwell (’98), president of the Palm Beach club. 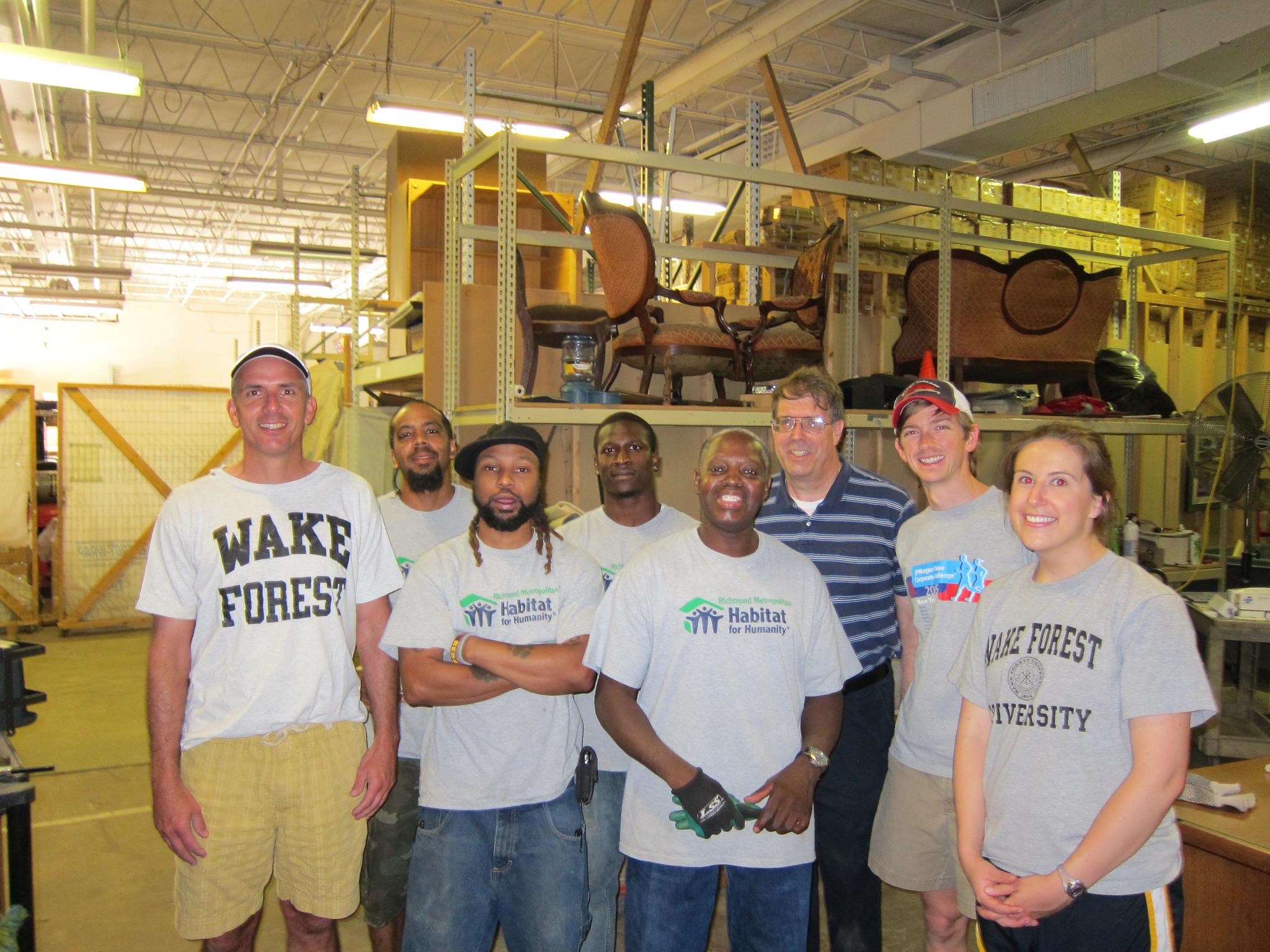 Eight members of the Richmond (Va.) Alumni Club cleaned and organized equipment storage rooms, swept and tidied up the aisles of the store, and assisted customers with loading their purchases of building materials into their vehicles at the Habitat for Humanity ReStore. 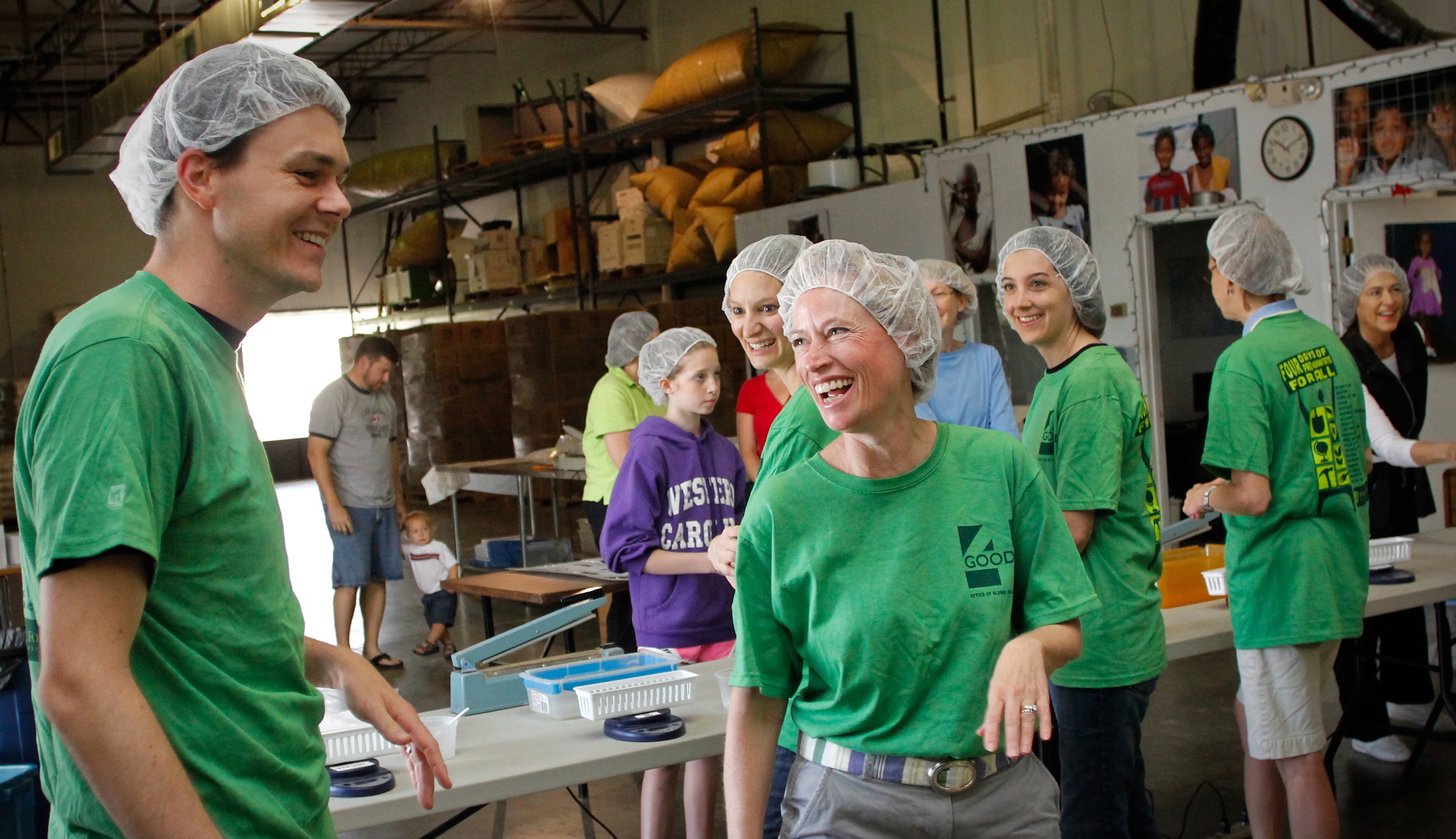 “The first annual Pro Humanitate Days was a rousing success as hundreds of Wake Foresters came together in service for humanity,” said Kelly Meachum (’00), executive director of alumni services. “On behalf of the alumni office, a heartfelt thank you to our outstanding club volunteers who made these events possible and the alumni, parents and students who participated over the weekend. As my good friend and classmate Wade Murphy (’00) said, ‘Pro Humanitate is alive and well wherever we are.’ We are already looking forward to next year!” 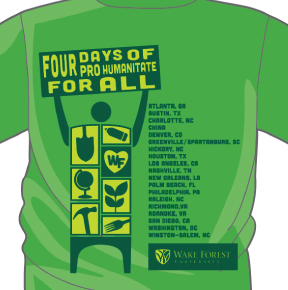 Kim Shirley agreed, saying her goal is for 4Good to grow in participants and geographic representation. “It’s so much a part of the Wake Forest culture — people really welcome an opportunity to give back,” she said. “We want to provide the structure for them to do that.”