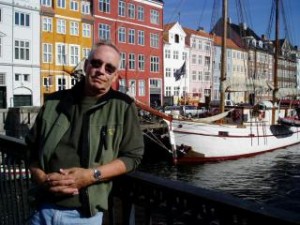 David Forsythe (’64) was a Fulbright Senior Research Chair in Denmark in 2009.

The war on terrorism. The Arab Spring. Turmoil in Egypt. Civil War in Syria. David Forsythe (’64), one of the country’s leading authorities on human rights and international relations, addresses some of today’s most important foreign-policy questions. Forsythe is the Charles J. Mach Distinguished Professor (Emeritus) of Political Science at the University of Nebraska-Lincoln, where he has taught for 37 years. The human rights and humanitarian affairs program at the university is named in honor of Forsythe and his family. He is the author of numerous publications including, most recently, “Human Rights in International Relations” (Cambridge, 2012) and “The Politics of Prisoner Abuse” (Cambridge, 2011) and editor of “The Encyclopedia of Human Rights” (Oxford, 2009). Watch his lecture “Fighting Terrorism and Respecting Human Rights.” 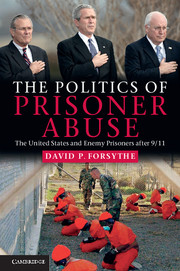 In “The Politics of Prisoner Abuse,” you ask the question, “when states are threatened by war and terrorism, can we really expect them to abide by human rights and humanitarian law?” I know you spend the whole book answering that, but what’s the short answer?

Respect for personal rights usually declines in war and other national emergencies. But not every administration or every democratic state compiles the same record. Courageous individuals can sometimes make a difference in favor of rights.

You talk about the similarities and differences between Presidents Obama and Bush in the treatment of enemy prisoners. First, by “enemy prisoners,” do you mean suspected terrorists? And second, what’s the biggest difference in their policies?

There is no agreement on the proper term for all detainees held at Guantanamo or in Afghanistan, or elsewhere after 9/11. Obama, while having a very tough security policy, is more sensitive than the last Bush administration to international law and international opinion. In general and relative terms, Democrats tend to be more multilateralist than Republications. But the pattern varies depending on issues and personalities.

You write about the abuse of enemy detainees; one reviewer wrote that you “chronicle America’s descent to the dark side.” Do you think the public cares about that as long as we’re safe?

On the one hand, across time about 60 percent of Americans say they are against torture even in the ‘War on Terror.’ On the other hand, there is no grass roots fervor for prosecuting those U.S. officials who authorized or allowed torture. Probably most Americans are more interested in their economic situation now than in the uncomfortable reality that the last Bush administration practiced torture and cruelty as policy.

The optimism of The Arab Spring seems to have faded. Was our optimism misplaced?

Many revolts against autocrats wind up with a new form of authoritarianism: 1789 in France, 1917 in Russia, etc. We no longer have the USSR, but Putin in the Kremlin today is not exactly a Jeffersonian figure. Many Democratic revolutions get hijacked.

It is too soon to reach a final conclusion about the Arab spring. Tunisia has done reasonably well, Libya and Egypt are still struggling for a consolidated and liberal democracy. Syria has slid into murderous civil war. And we forget about Bahrain, where Obama has sided with continued repression of majority sentiment.

It is also too soon to say how new governments will view the United States, as in Egypt. Whatever the new governments, they are unlikely to support Al Qaeda and its affiliates. The radical jihadists were irrelevant to Tunisia, Libya, Egypt and Bahrain. Some of them have a toe hold in Syria, but only because the violence and instability have allowed them to enter the picture. The Arab street does not favor Al Qaeda and its franchises, even where Sunnis are numerous. Yemen is a partial exception.

Where do you see the biggest abuses in human rights taking place today? Syria perhaps?

If you look at the scores given by Freedom House, an American NGO, for civil and political rights in 2010, and if you allow for changes since then, you wind up with this list: Equitorial Guinea, Eritrea, North Korea, Somalia, Sudan, Turkmenistan, Uzbekistan and Tibet (ruled by China). I would now certainly add Syria to that list.

Have we lost our appetite for humanitarian missions?

Americans were never comfortable with humanitarian interventions after the Cold War that proved costly in blood or treasure. We pulled out of the mission in Somalia in the early 1990s after some U.S. military personnel were killed. And then we sat out the genocide in Rwanda in 1994. In Kosovo in 1999 we used air power and avoided ground troops. In Libya in 2012 we did the same and ‘led from behind’ while urging certain NATO states to put their pilots in harm’s way. We are not eager to get deeply involved in Syria with overt military force. Other democracies have also sought to avoid costly military interventions where they saw no traditional national interests at stake. This policy is not general isolationism but selective internationalism. In Syria, we are involved diplomatically, and the CIA is also active.

Where do you see the next refugee crisis developing?

Hard to say, because it will depend on events. Syria could generate more refugees into Lebanon, Turkey, Iraq, Jordan. China fears a refugee flow from North Korea. South Africa fears more refugees from Zimbabwe. Kenya is worried about Somalia and other parts of east Africa. Much of north-central and west Africa is unstable. And if the Taliban retake Kabul after the U.S. leaves …

Iraq/Afghanistan/Pakistan have dominated our worldview since 9/11. Fast forward to 2021, 20 years after 9/11; what countries will we be talking about?

I will respond more generally about regions. A rational person should always be pessimistic about the Middle East. Much of Africa has a long way to go to reach stability and economic wellbeing. And with China expanding its power while the U.S. re-orients its foreign policy and military posture toward Asia, there will certainly be conflicts there.

I know it’s been a “few” years since you graduated, but do you recall any faculty mentors?

There were two faculty members that had a lasting impact on me. First of all, there was Robert Gregory in the history department before he moved to Syracuse. He was rigorous, made me read consistently, showed me that I could do the work, and taught me to think independently. The second was the late Jivan Tabibian, a young, unconventional, temporary faculty member in political science. He was very international (and later became a high-level diplomat for Armenia even though while at Wake he was a Lebanese national). He encouraged me to go to a good graduate school (Princeton) and pursue the study of international relations. I had a wonderful time at Wake, with many fond memories.