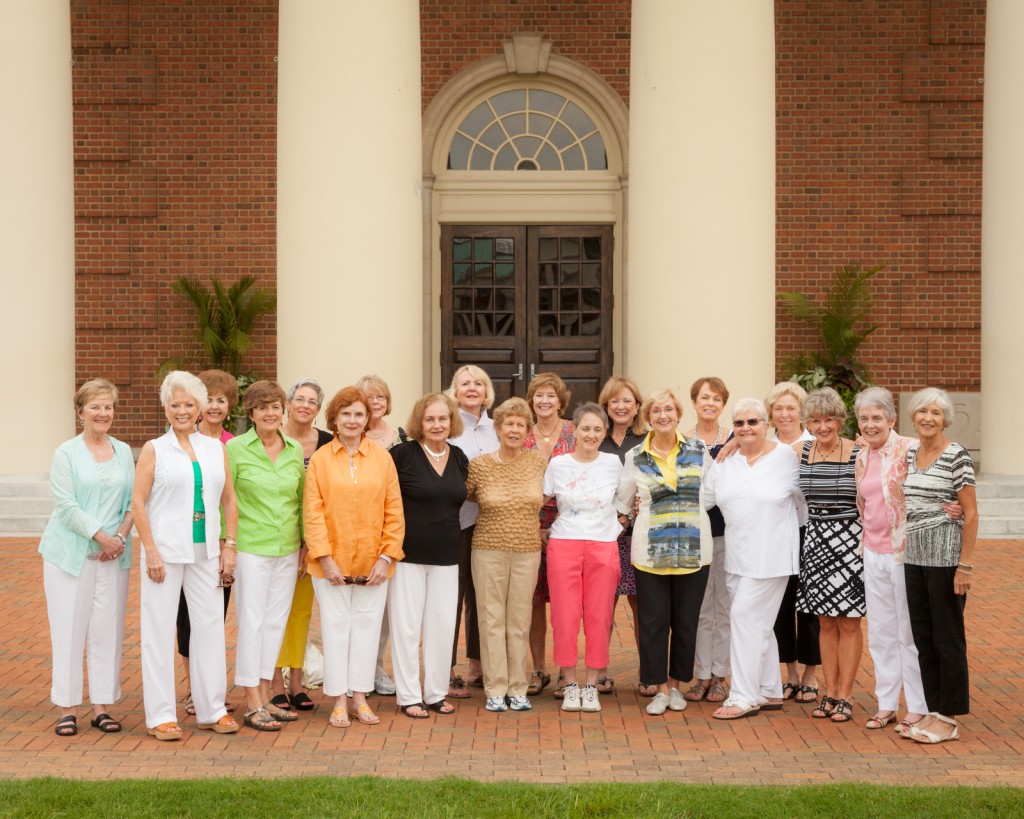 Sally Harris Marley (’64) and Linda Sutherland Whitmire (’64) looked around the small cinderblock room — nearly empty except for the bunk beds, two desks and two chairs – on the second floor of Johnson Residence Hall and immediately felt like they were home. After all, it had only been 50 some years since they were roommates in the tiny room.

“We still call each other ‘roomies,’ ” one said. One bed was over here, one over there, they said, noting that there were no bunk beds like there are in the room today. One desk was here, one was there. Of course, there was no fancy Microfridge when they lived in the room in 1961. 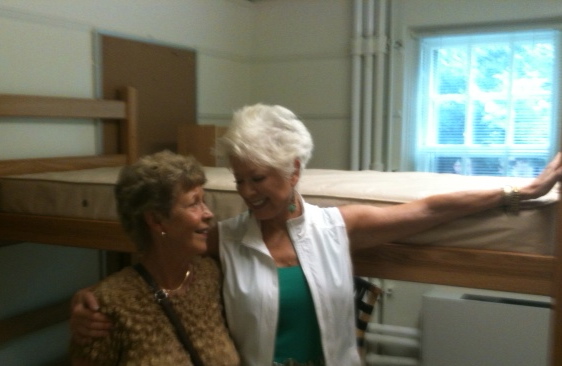 Down the hall, another classmate peered into her room. Returning to her classmates, she turned suddenly and went back to the room, explaining that she had forgotten to close the door, before realizing that it was empty except for her memories.

With no dorm mother to tell them to behave, memories and stories, smiles and laughter, filled Johnson hall, “A” side, as about 20 alumnae from the Class of ’64 – the self-proclaimed “GOTHs” or Girls on the Hall – recalled the friendships made there 52 years ago.

During an August reunion in Winston-Salem, they walked the familiar walkways from Hearn Plaza (simply the Plaza back in the ’60s) to Johnson hall and the Z. Smith Reynolds Library, where they visited with Provost Emeritus Ed Wilson (’43). Their bonds are still so strong that all of them – even those who live in Winston-Salem – stayed at the same hotel and roomed with their college roommate. With most of them turning 70 this year, those friendships have become even more special. “We got to be very close,” one said. “We had lots of time to form friendships.”

The early 1960s were a time of room checks, curfews and strict rules for female students. With only about 100 women in the freshman class in 1960, they bonded quickly and remained together throughout their four years, moving as a group from Johnson to Bostwick and finally to the newly opened Babcock dorm. (“We thought it was luxurious,” one said of Babcock.)

They were smart and strong (“not necessarily a virtue” in those days, one noted) and they studied hard. Some were in the Strings and SOPH societies, others helped start Fideles, but they always stuck together. As they walked through Johnson, they talked about how they found a new home and a new family within those plain walls so long ago. “You felt loved and accepted by your peers,” one said. “We can’t go back home to mom and dad now, so this is home.”

They remembered watching the Beatles on Ed Sullivan’s show and “The Fugitive” on the television in Johnson’s formal parlor and the endless bridge games. They remembered the voice announcing the thrilling news over the loudspeaker, “You have a caller in the parlor.” 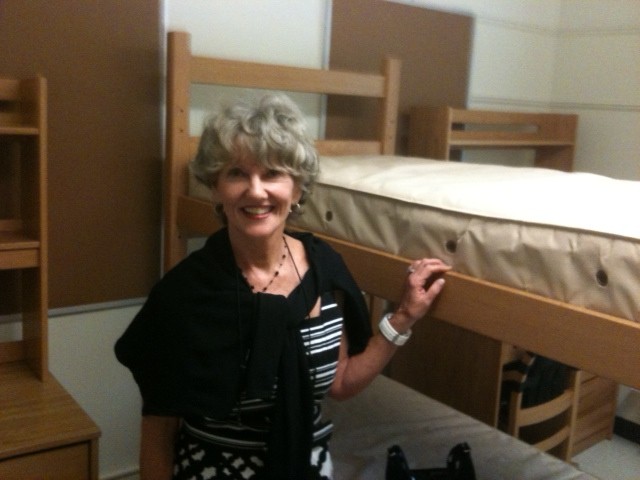 Nan Dupree Miller (’64) back in her old room in Johnson Hall.

It was a time when they had to wear raincoats over their shorts on the way to gym class. It was a time of twice-weekly chapel services in Wait Chapel. The first black student, Ed Reynolds (’64), arrived while they were in school, and Martin Luther King Jr. spoke in the chapel; some girls’ parents told their daughters not to attend his speech, one whispered.

Wandering the halls of Johnson, they looked for “Vegas,” the tunnel connecting Johnson and Bostwick dormitories, but sadly closed off now. Since women could not leave the dormitory on weeknights except to go study in the library, Vegas was a popular late-night gathering spot. “We called it Vegas because you never knew if you would get something after you put your money in the vending machines,” one classmate explained.

After graduation, the girls of Johnson A remained close; many of them married Wake Forest men, and they were in each other’s weddings. Some of their children followed them to Wake Forest. As the years passed, they met every five years at class reunions before deciding that wasn’t often enough. Since the 1980s, they’ve met every year or two at a classmate’s house – in North Carolina, South Carolina, Florida and as far away as Montana. (They especially enjoyed the reunion some years back in Lexington, Va., during Biker Week.)

Although they’ve met in Winston-Salem before, this was their first on-campus reunion. Walking around Hearn Plaza felt as familiar to them as Johnson dorm, except for the large arch built in 2006. “I still dream about walking along here and checking my post office box,” one said. Pointing to the “Wait Chapel” sign above the chapel portico, Ginny Waitt Saunders (’64), who travelled to the reunion from St. Augustine, Fla., said she always wanted to climb up there and add another “t” to the spelling of Wait. 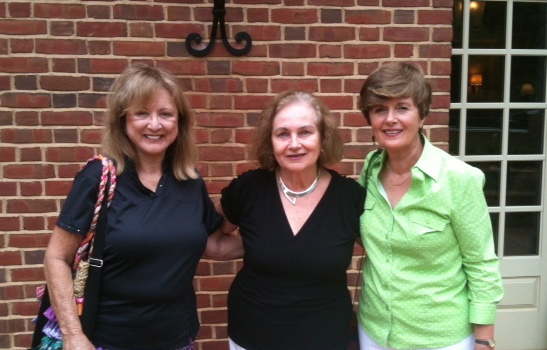 Most of all they just remembered the friendships forged that are still going strong. It was “a special time and a magical place (that) brought us together,” said Kay Doenges Lord (’64) of Winston-Salem. “We would never have met had it not been for Wake Forest and for that, and our education, we will be forever grateful.”