Grace Martin was born prematurely and when she and her twin brother reached 18 months, her parents knew something was wrong with their baby girl. She had gastrointestinal problems, difficulty breast-feeding and did not talk until she was 3½.

Every specialist had a different diagnosis. One said cerebral palsy, another thought Grace had autism, and a third said it was developmental delay. They were all off the mark. Grace has mitochondrial disease, where the body’s tiny energy-producing “power plants,” mitochondria, don’t function properly, leading the body’s systems to function improperly. 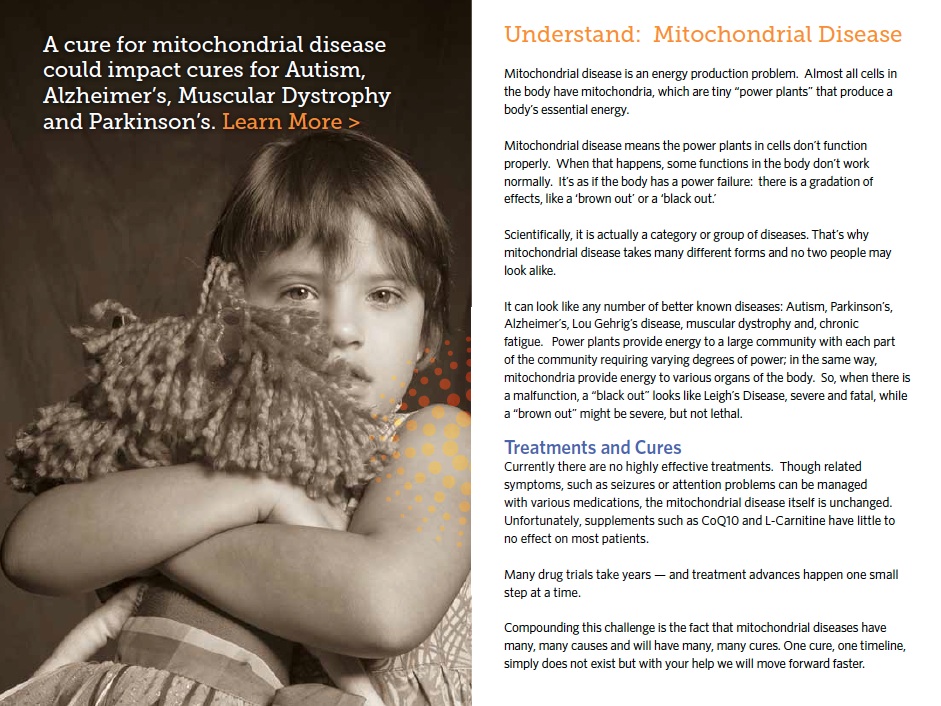 Grace Martin is featured in a brochure with information about mitochondrial disease.

Grace, the daughter of Chris (’90) and Margaret Robinson Martin (’92), is an ambassador for the Foundation for Mitochondrial Medicine and the Martins are sharing her story to help bring attention to the disease. Several alumni, including two of Margaret’s S.O.P.H. sisters, are c0-chairing a fundraiser to honor and support research for the illness. Hope Flies – Catch the Cure, is the third annual fundraiser for the Foundation for Mitochondrial Medicine and is at 7:30 p.m. on Sept. 14 at the Mason Murer Art Gallery in Atlanta.

Heather Hamby Edmiston (’92) and David Edmiston (’88), along with Virginia Blake Maguire (’91) and Matt Maguire, are the event co-chairs and hope to raise more than $200,000. The Martins are honorary chairs. The event will feature dancing and music from Yacht Rock Revue, a live auction and raffles for one-of-a-kind prizes, open bar and food by Endive Catering.