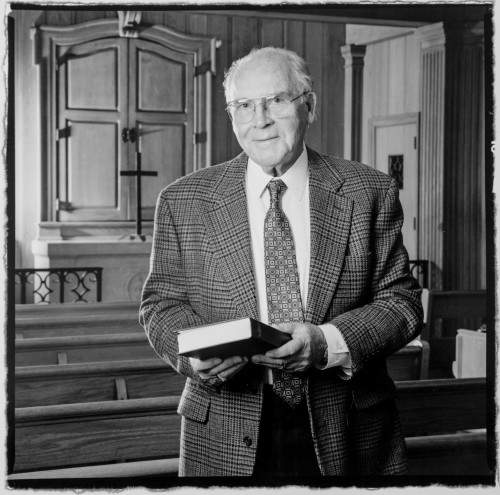 Walter J. Harrelson, who laid the foundation for Wake Forest’s divinity school in the mid-1990s, died Sept. 5 in Winston-Salem. He was 92.

Harrelson is survived by three children. A memorial service will be held Sunday, Sept. 23, at 3 p.m. in Wait Chapel. Memorial gifts may be made to Wake Forest Baptist Church, P.O. Box 7326, Winston-Salem, NC 27109.

Harrelson was an internationally known Old Testament scholar and a former divinity dean at Vanderbilt University and the University of Chicago when he was hired in 1994 to guide the development of Wake Forest’s proposed divinity school.

School of Divinity Dean Gail O’Day said the school owes much to the work Harrelson did. “He was an incredibly important bridge person between the board’s approval (of a divinity school) and the first dean. He helped Wake Forest conceptualize what a divinity school for the late 20th century should be.”

From 1994 until 1996, Harrelson brought the vision for a divinity school closer to reality — articulating the need, developing the first curriculum, reaching out to churches, and raising funds and support.

“He was, in many ways, the first face of the divinity school,” said Bill J. Leonard, who was hired as the school’s first dean in 1996 as Harrelson was completing his work.

The idea of a divinity school had been discussed for much of Wake Forest’s history, but it wasn’t until 1989 that trustees approved starting the school, pending raising of the necessary funding. Four years later, with funding from the E. Rhoades and Leona B. Carpenter Foundation of Philadelphia, Harrelson was hired to ramp up plans for the school.

He was the right person for the job, Leonard said. He brought credibility to the fledgling efforts to start the school and the right scholarly and academic background to plan its programs, Leonard said. “As a theological scholar, he articulated what he believed (then-Wake Forest president) Tom Hearn and others wanted the divinity school to look like,” Leonard said. “He was very concerned that the divinity school be a school of the University. He had a strong commitment to academic rigor and a strong commitment to (preparing students for) the practice of ministry. He was a lifelong Baptist, so he understood the University’s heritage well.” 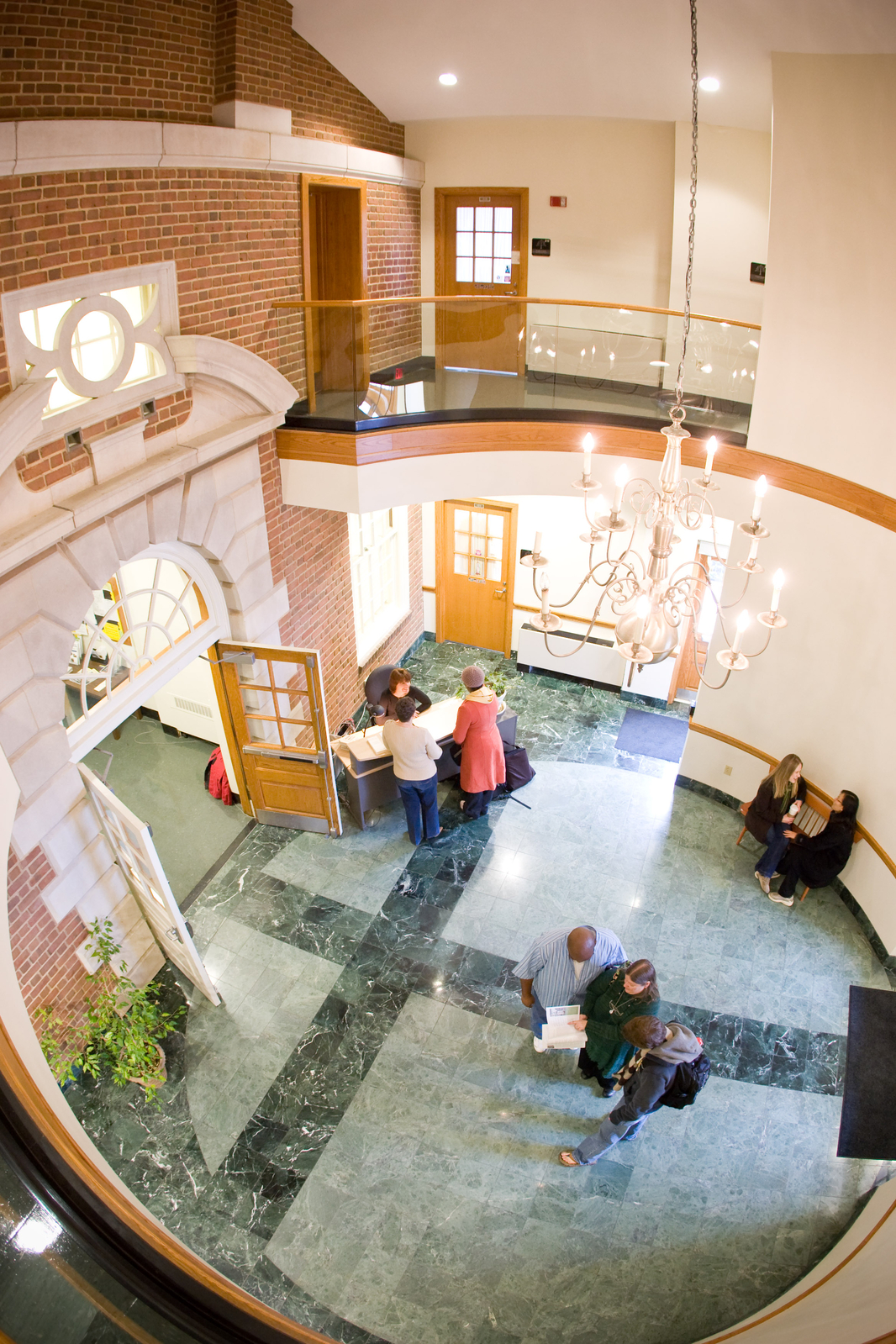 The School of Divinity is located in Wingate Hall.

Harrelson described the vision for the new school in a column in the Wake Forest Magazine in 1996. He envisioned the school as having “distinctive features not found in the region’s other divinity schools and seminars.” The school would be ecumenical in nature; it would have a core faculty, but would also draw upon faculty from across the University; and it would concentrate on preparing leaders for local congregations and Christian ministry.

“Is another (divinity school) really needed?” he wrote. “I believe the answer is a resounding ‘Yes.’ I know of no other divinity school in North America that is better positioned to offer fresh and distinctive education for Christian ministry in the early decades of the third millennium.”

After the School of Divinity opened in 1999, Harrelson remained one of its strongest advocates. Harrelson, whose official title was University Professor, also taught in the religion department and in the divinity school.

“God blessed Walter Harrelson with many talents, and Walter used them wisely,” said University Professor Phyllis Trible, who teaches in the divinity school. “Throughout his career he excelled as professor, administrator, scholar and author – all at the same time. His role in founding the divinity school at Wake Forest is unparalleled. Truly, a great man lived among us.”

Harrelson and his wife, Idella, moved to Southport, N.C. , after he left Wake Forest. They later returned to Winston-Salem. Idella Harrelson died in 2009.

A native of Brunswick County on the North Carolina coast, Harrelson attended Mars Hill College before serving four years in the U.S. Navy during World War II. He graduated from the University of North Carolina at Chapel Hill and received a Doctor of Theology degree from Union Theological Seminary in New York.

He taught at Andover Newton Theological School before being named dean of the University of Chicago Divinity School in 1955. He taught at Vanderbilt from 1960 until retiring in 1990; he was dean of Vanderbilt’s divinity school from 1967 until 1975.