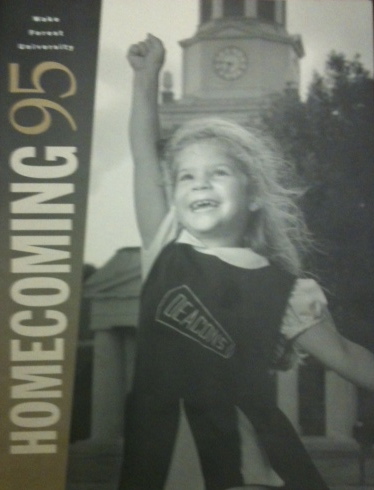 Mary Scott Haynie was 4 years old when she was pictured on the cover of the 1995 Homecoming brochure wearing a Wake Forest cheerleading outfit and striking a toothy grin in front of Wait Chapel.

Seventeen years later, Haynie, the daughter of Scott (’84) and Tina Haynie of Winston-Salem, is in her senior year at Wake Forest.

“I absolutely remember” that photo, says Haynie, now 21. “Time definitely flies, especially my time at Wake Forest. I cannot believe that it is almost over. I have wanted to go to Wake since before that old picture was taken, and I have loved every minute of being a Wake student.” 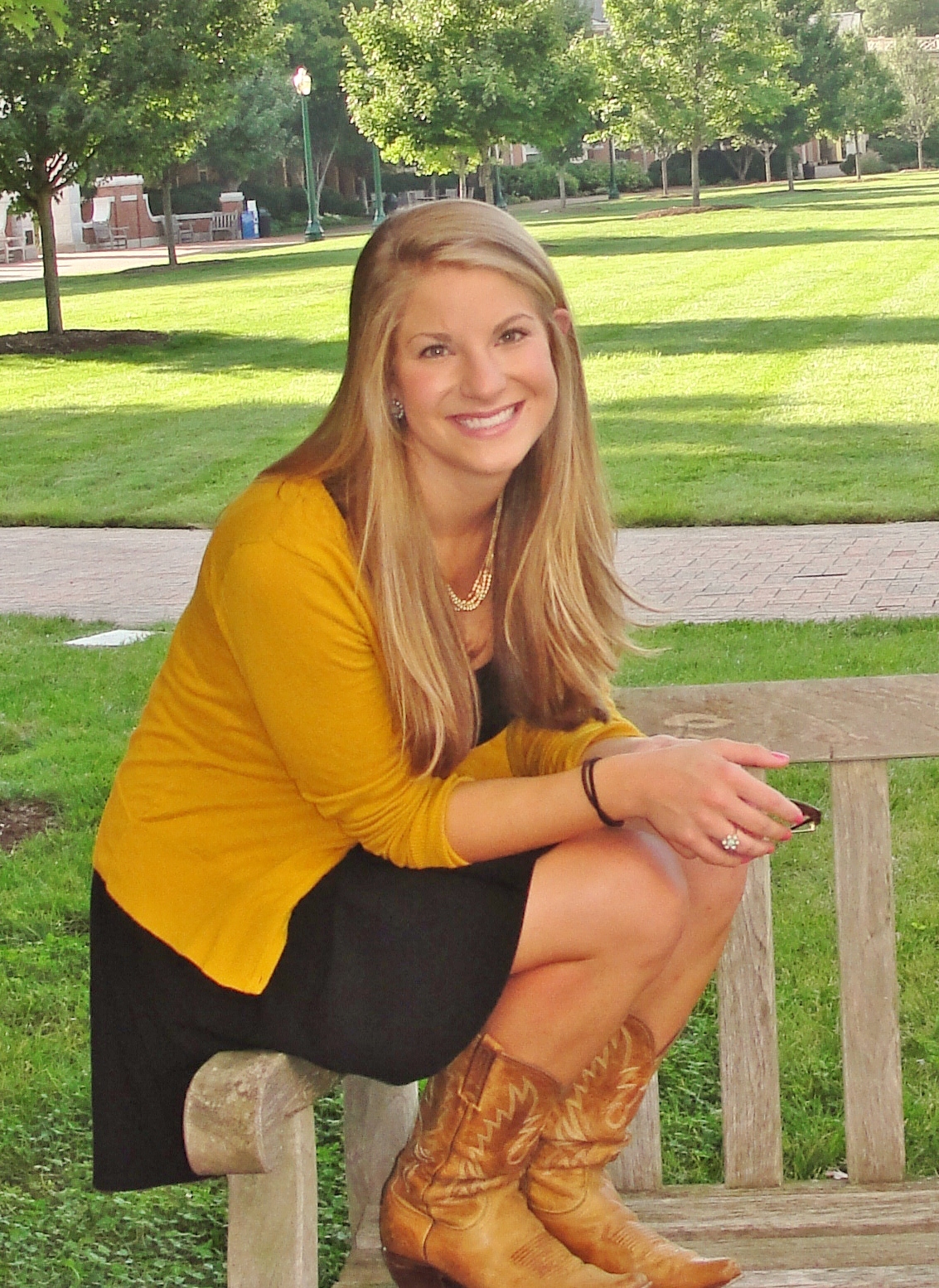 Haynie didn’t grow up to be a Wake Forest cheerleader, but she has left her mark in other ways. She’s an officer in her sorority, Tri Delta, and is active in the Reformed University Fellowship student ministry. She also tutors a middle school student several times a week.

A health and exercise science major and a psychology minor, she hopes to become a physician assistant. This summer, she had a research fellowship in the health and exercise science (HES) department and helped develop a pilot study for an exercise and nutrition program for women undergoing chemotherapy for breast cancer. Last spring, she interned with HELPS (Healthy Exercise and Lifestyle Programs), a chronic disease prevention program run by professors in the HES department. 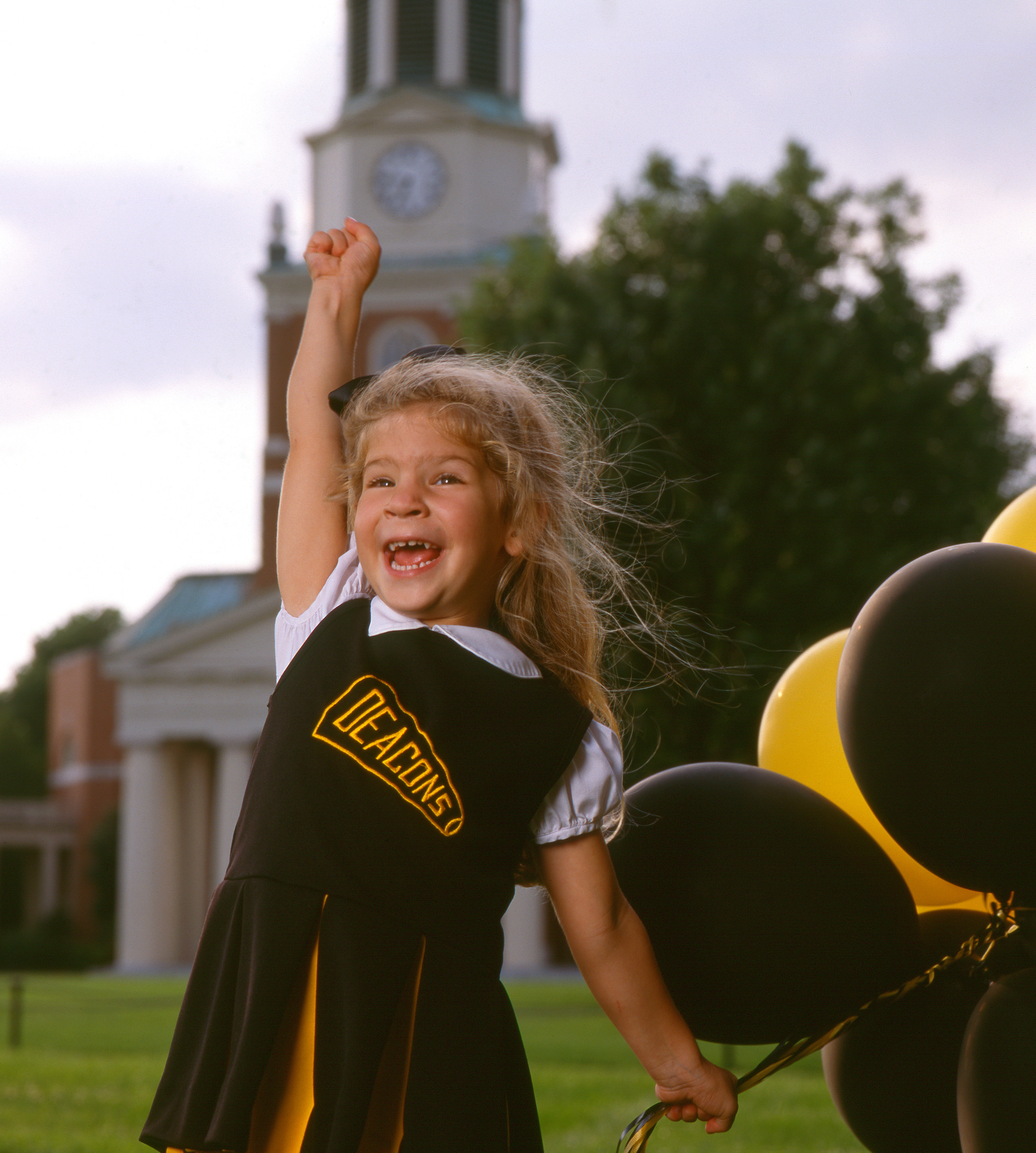 Haynie remembers well dressing up for football and basketball games when she was little. “I always thought it would be so cool to be one of the cheerleaders, so my parents bought me the little Deacon outfit and I wore it to every single game with a matching hair bow and a Deacon on my cheek. I would walk a little ways down from our seats and run around making up routines and pretending I was one of the real cheerleaders.

“One of the other fans that came to the games all the time and had seats near my parents (and therefore had to endure my ‘performances’) was even sweet enough to have a cheerleading plaque made for me with my name on it one year. I still have the outfit, the bow and the plaque.”

Haynie was also photographed with Jack Baldwin (’43), who is generally regarded as the first Demon Deacon. With his Kappa Sigma fraternity brothers egging him on, he donned an old tuxedo — borrowed from a local woman whose husband had just died — for a football game in 1941, and a tradition was born. 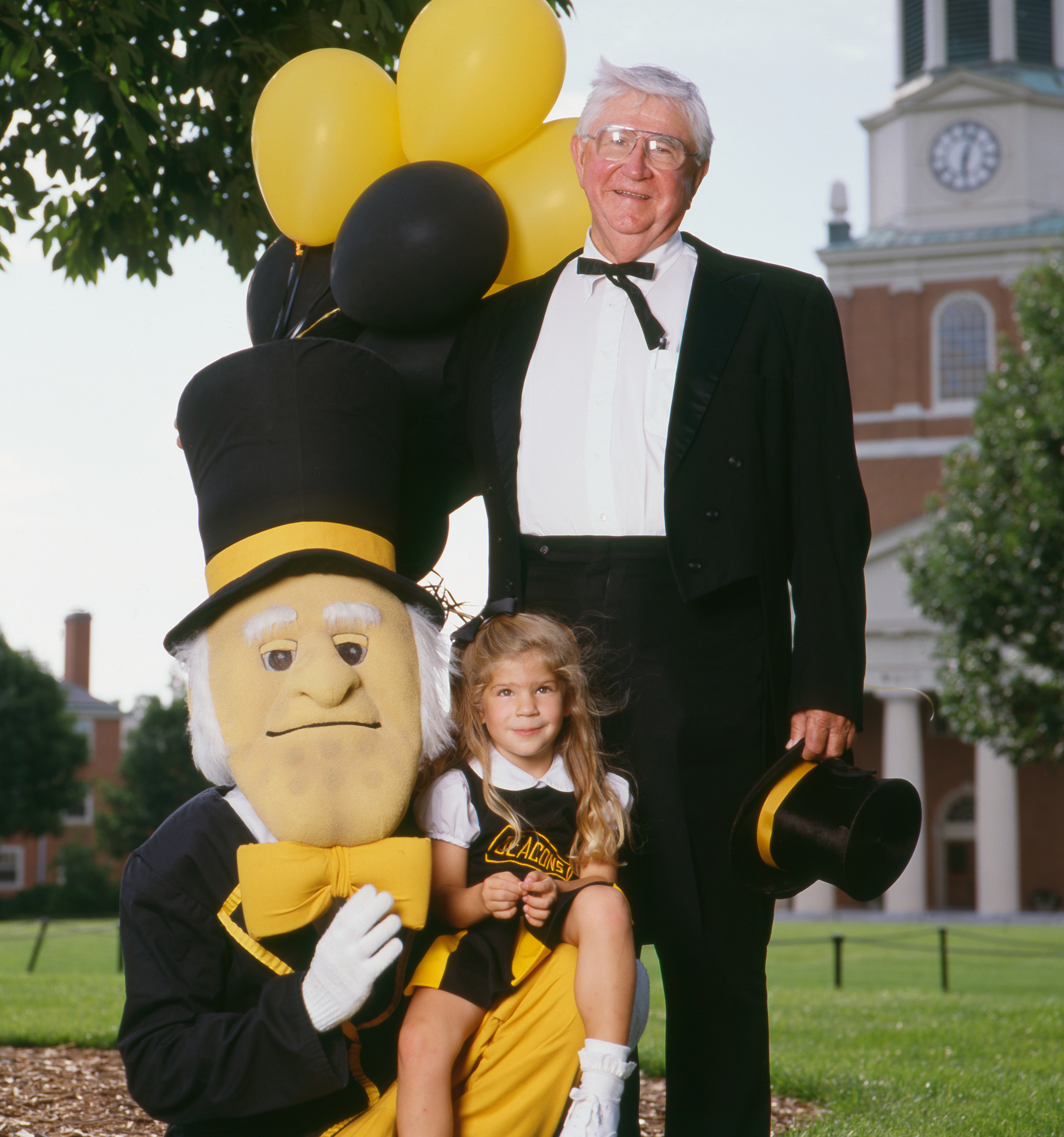 Other students followed in his footsteps until the costumed Deacon appeared in the late 1970s. “I never figured it would be this big to be honest with you,” Baldwin said in a 1995 interview. “I didn’t realize I was starting anything.”

Baldwin died in 2007. The top hat and tails he wore are now on display at the Wake Forest Birthplace Museum, near the Old Campus.