“So what? What difference does it make?” became Harris-Perry’s theme for the evening as she delivered a keynote speech as part of the “Faces of Courage” yearlong celebration of the decision by the Board of Trustees in 1962 to integrate the University.

Harris-Perry reminded freshmen that as they begin their journey they should question the meaning of their work, the University and the country — not to be “snarky” but to become more earnest. The great value of a liberal arts education, she said, is that “you are not being trained here to be a cog in a wheel. You are being trained really to do only one thing and that is ask questions.”

It’s easy to get caught up in accomplishments, she said, adding, “We must keep asking for the meaning, and specifically the meaning that goes beyond ourselves – the broader humanity of which we are a part.”

Twenty-two years ago, Harris-Perry arrived from Virginia to begin her freshman year at Wake Forest at age 16. “It was here in Winston-Salem that I went from girlhood to something sort of like adulthood,” she said, adding with a laugh, “Turns out it wasn’t nearly as adult as I thought it was at the time.”

She shared with the audience how much she enjoyed her undergrad years and their impact on her, but she acknowledged that the failures counted as much as the successes. “It was hard. The realities of college for the first time for me were about facing failure, and about facing the possibility of not succeeding, and not achieving in ways that I had become very used to.”

It was when she struggled that Harris-Perry met then-University Chaplain Edgar D. “Ed” Christman (’50, JD ’53). She didn’t know at the time about his commitment to self-governance, tolerance and democratic principles. “All I knew was that I felt bad, and he had an open door,” she said.

He gave her a paperback: Frederick Buechner’s “The Magnificent Defeat.” In one essay, Buechner imagines a scenario in which God declares his existence by writing across the night sky “God is.” Everyone is convinced of the celestial certainty except for a “garden variety child” who dares ask: “So what if God exists? What difference does that make?”

Harris-Perry connected this story to the role of education and the role that individuals, especially young people, have as citizens.

“It is young people who always have the folly, the foolishness — and every time I say folly, I mean this with the greatest praise that I can give to a word — to pose the questions that end up undermining our sense of certainty, encouraging us to search for meaning, and ultimately making a difference in the world.”

In her address, she elaborated upon a number of momentous events in U.S. history, including its founding on the principle of self-governance; Thomas Jefferson’s composition of the Declaration of Independence; the abolition of slavery and desegregation. She pointed out, however, that the words of the Declaration of Independence did not become reality the day they were published, and in many ways still have not. So the question must be, “What difference does it make?”

“This question, and asking this of yourselves and of your political process, is the consistent gift that we give to democracy,” she said.

After her undergraduate years Harris-Perry went on to earn her doctorate at Duke University and teach at various universities, currently at Tulane University, where she is founding director of the Anna Julia Cooper Project on Gender, Race, and Politics in the South. In her opening remarks she mentioned that no university is “more home” to her than Wake Forest. For this homecoming, she spent the day meeting with student leaders, talking with political science classes, visiting her mentor Maya Angelou and signing books in the Z. Smith Reynolds Library. (Her most recent book is “Sister Citizen: Shame, Stereotypes and Black Women in America.”) 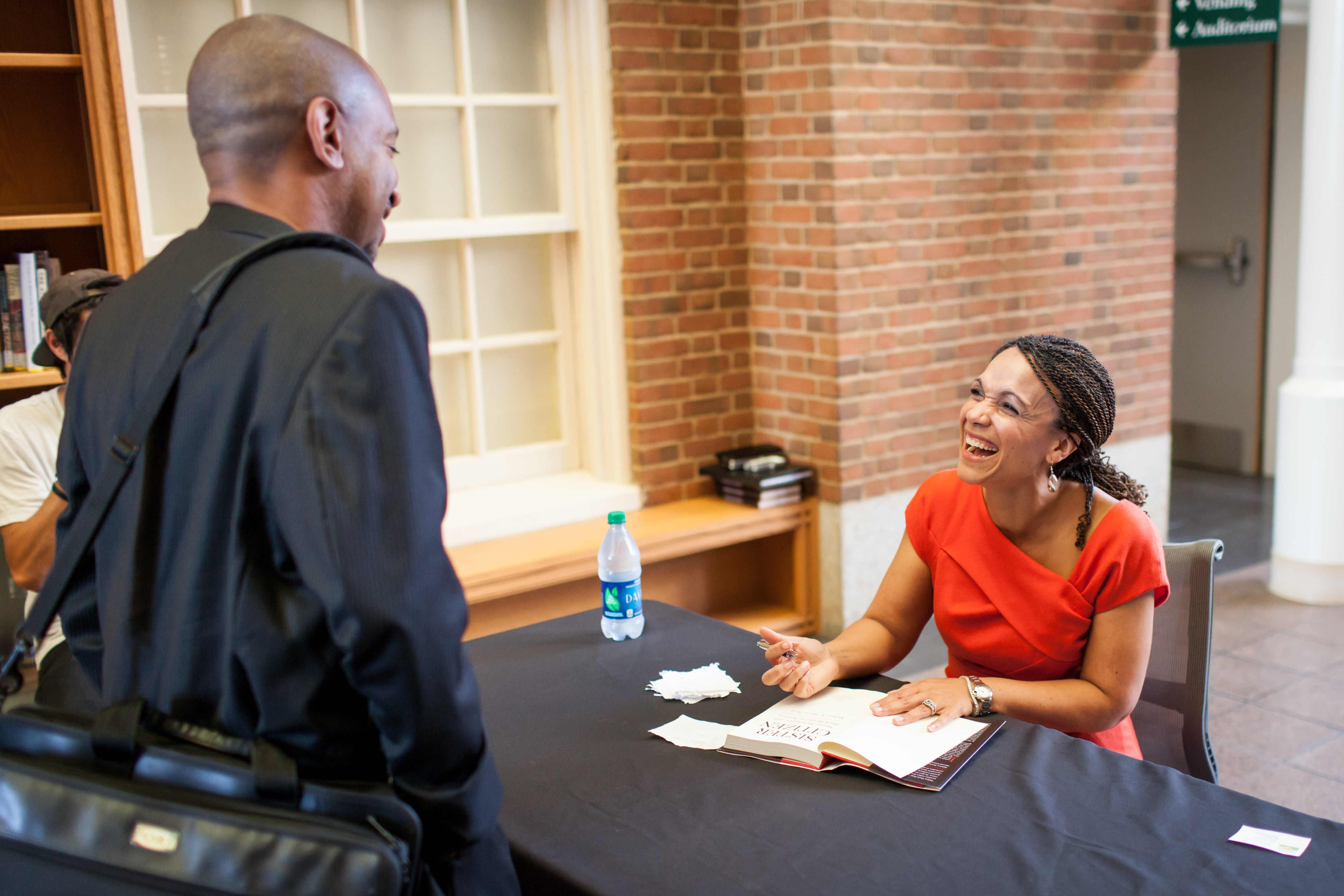 The political commentator whose weekend talk show is called “Melissa Harris-Perry” made sure to focus briefly on the presidential election in her speech in Wait Chapel. “Don’t miss that this thing is happening,” she told students.