It was late on a Sunday afternoon when Jane Owens Cage (’78) heard tornado sirens. They sounded fairly often in her neighborhood so she didn’t pay much attention — until they blared a second round. That’s when she gathered up her cellphone, driver’s license and two dogs and headed to the basement.

From her subterranean shelter she heard the wind pick up, but the storm seemed to pass quickly. She emerged to find no apparent damage other than a large tree branch down in her yard. She went to sleep not knowing that the next day she wouldn’t recognize her hometown of Joplin, Mo., or that she was about to take on the most meaningful volunteer role of her life. 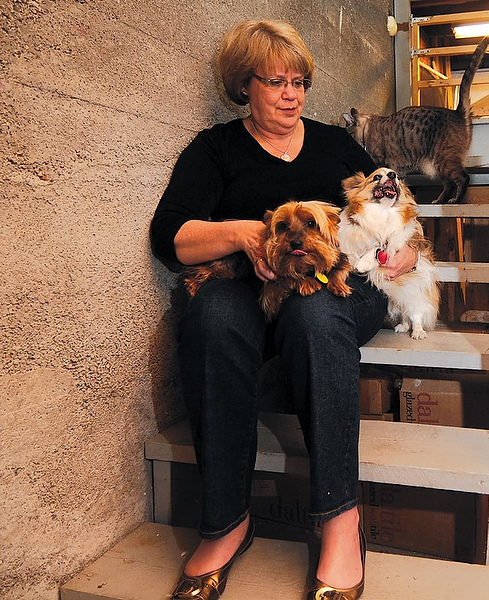 SHORTLY AFTER 5:40 P.M. on May 22, 2011, a catastrophic tornado (EF5 on the Enhanced Fujita scale) with estimated winds exceeding 200 miles per hour, brought horror to the heart of the country. Touching down near the Kansas-Missouri state line, it tracked across Joplin, Mo., ferociously grinding a gaping swath of destruction. In minutes one-third of the city — subdivisions, businesses, schools, a hospital, many older homes and much of the city’s retail district — was obliterated, reduced to splintered wood and twisted metal by a storm so powerful it claimed more than 150 lives, damaged or destroyed some 7,500 residences and caused upwards of $2.8 billion in damage. The Joplin that Jane Cage had known for 34 years was no more.

When Cage, chief operating officer of Heartland Technology Solutions and a respected community leader, ventured downtown the next day she was relieved to see her business computer networking company still standing. But nothing could prepare her for the devastation just 12 blocks away, a scene so dramatic — and traumatic — that even when she saw it with her own eyes she was at a loss for words. “If you saw it on TV,” she says, “it was 1,000 times worse in person.” 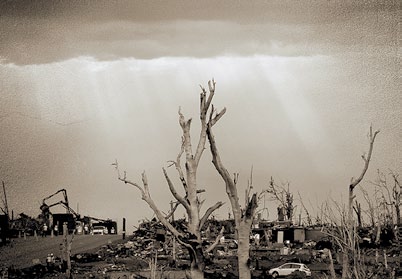 On that May day Cage knew she must do something to help get the hometown she loved back on its feet, but she never expected to emerge as a leader in rebuilding the city. Yet, as the Joplin Globe editorialized a year after the storm, “Head down, sleeves rolled up and pen to paper, Cage made Joplin’s recovery her mission.” 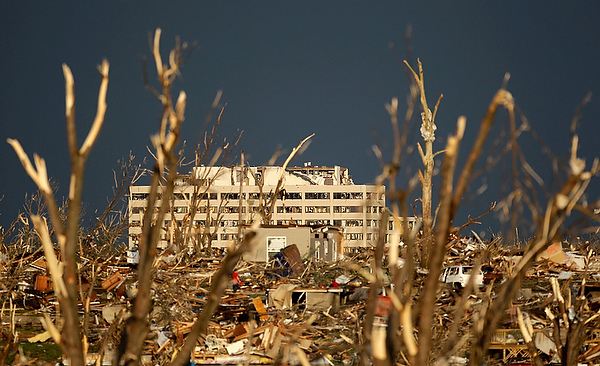 Among the tornado’s victims it didn’t take long for the “Show Me State” spirit to kick in. They resolved not to let their community be defined by a tragic event, but instead, by how they responded to it. Attention turned to debris removal, care for the injured and displaced, and a plan for recovery. 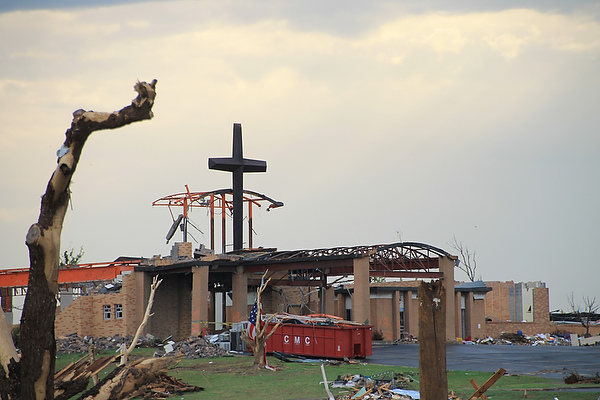 Over 100,000 volunteers converged on Joplin along with a Federal Emergency Management Agency (FEMA) team. FEMA recommended the city create a Citizens Advisory Recovery Team (CART) to give residents a voice in the recovery process. During a meeting of government and business leaders, Cage surveyed those around the table and said to herself, “They don’t have time to do that work. I do.” She accepted Mayor Mike Woolston’s appointment as CART’s leader and principal citizens-to-government liaison.

“I’ve been really blessed with understanding partners that have allowed me to focus a portion of my time away from the business right now,” says Cage, who manages her company’s financial operations and administrative staff. “I try to work as much of my CART responsibilities as I can before and after work, and I’ve become famous for the 11 p.m. emails I send out related to tornado work. My multitasking skills get put to the test every day.”

More than 350 people showed up at the first CART meeting on July 17, 2011, in Cage’s words, “to re-imagine Joplin as we want it to be.” She led CART in its listening process with a guiding question in mind: “What did they want Joplin to be like as a result of everything that happened to us?” On enough sticky notes to cover a wall they wrote hundreds of ideas for Joplin’s renewal: More bikeways and walking trails. Main street development. Mentor the children. Maintain our friendly town attitude. 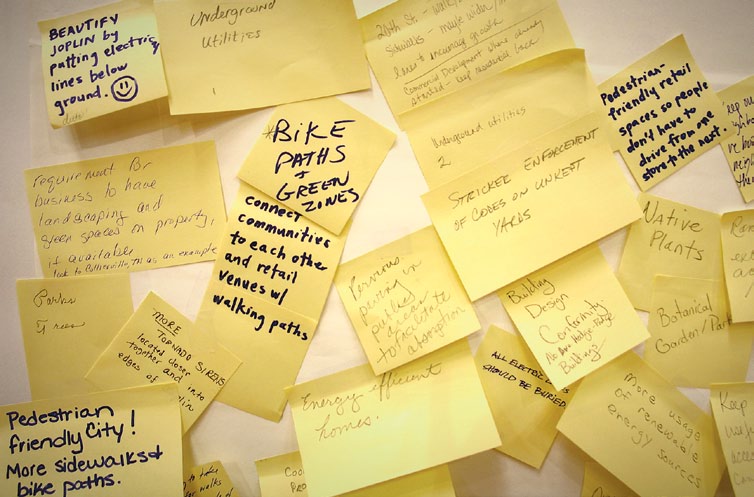 CART’s next steps were to organize sector groups, determine priorities and develop a vision statement. Then came a recovery plan and a task force, with Cage as chair, to develop project steps and assignments.

Those who knew and worked with Jane Cage were not surprised when she stepped up to lead CART. As a Joplin businesswoman she had always served her community — including membership on the boards of the Humane Society, the chamber of commerce, First Presbyterian Church and St. John’s Regional Medical Center — the hospital, destroyed by the tornado, where her late husband had received care. She has a gift for connecting with people, they said, and an inherent ability to build consensus.

Some two years ago the Rev. Dave Burgess, then newly named pastor of First Presbyterian Church, had his first meal in Joplin at Cage’s dinner table. Since then, Cage has been active in his family’s life, sharing meals and opening her home to his children, who like to play with her dogs and see the fish in the back yard. “If my wife is out of town my girls sit with Jane during morning worship,” he says. “She is a ‘cool surrogate aunt’ with my three kids.” He adds that she keeps him grounded. “If I tell an exceptionally corny joke — from the pulpit or otherwise — she doesn’t hold back from rolling her eyes.”

Hers is an evangelism of action, not words, says Burgess; if she is going to be a member of a committee, church or community, she is going to be an active member, not seeking accolades but seeking to serve. She organizes church Christmas parties for families of inmates and has wielded shovels as the church helped with disaster cleanup in Greensburg, Kan., and Cedar Rapids, Iowa. “The thing I appreciate about Jane’s faith is that it shows, but it’s not showy,” he says. “She’s one of the reasons we came here; we want to serve with people like this.”

Nancy Walkenhorst, who succeeded Cage as president of the Joplin Humane Society, says her friend of 25 years approaches challenges with a lot of faith and never lets doubt creep in. “Her style is to move forward and stay focused, but she’s not a steamroller,” says Walkenhorst, whose husband, Bob, served on the board of St. John’s Medical Center with Cage. “She has a way of making people feel like they’re an integral part of the team, therefore she can work with all types of people.”

A personal desire to “give back” was one reason Cage took on CART’s leadership, and it also drew her to Wake Forest and its commitment to Pro Humanitate. Originally from Charlotte, she was an economics/Spanish major and head of the Women’s Residence Council. She worked in President James Ralph Scales’ office, making copies and “sometimes being permitted to work on a typewriter.”

On the day after she married her economics professor, Bill Cage, in 1978, they moved to Joplin, a place where she knew not a soul. After starting their business they became more invested in the community. Before her husband passed away in 1995, he suggested she sell the company or close it down, “but we had employees who depended on us for a living and customers that needed us,” says Cage, “and I decided to make a go of it. I learned that I needed to build a family structure for myself here and have developed a wonderful set of friends through church and my business partner’s family.”

Last year Cage suffered a serious illness — from which she has recovered — but she worried how she would deal with it living on her own. “I discovered that I didn’t have to worry because my Joplin family took care of me,” she said. “Looking around Joplin the day after the tornado, there wasn’t any question that I wanted and needed to help; I just had to figure out how. I never had any idea that my role would evolve into what it has today, but I am so grateful that I have had a chance to help.” 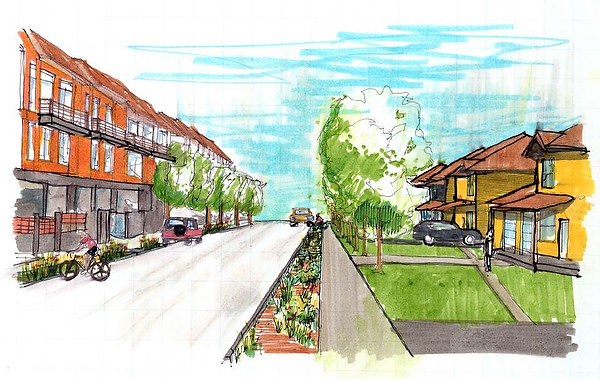 As CART leader Cage became fluent in “FEMA-speak,” spending countless hours in meetings, writing plans and proposals, and traveling around the country to observe other areas affected by disaster and to tell Joplin’s story. Her commitment inspired not only Joplin residents but also representatives from outside agencies. Steve Castaner, branch chief of FEMA’s Long-Term Community Recovery Team in Kansas City, Mo., says he could see that with her leadership there was going to be recovery. “I think Jane was the perfect person for the role that needed to be played for CART. She brought a history of objective community leadership. She brought vision and consensus-building, and she was a uniter for the advancement of the recovery,” he says.

By August 2011 Joplin had reason to celebrate. With the help of 100,000 volunteers the city met its Aug. 7 deadline for debris removal. School started on schedule, Aug. 17, with classes held in a shopping mall. In October 60 architects, landscape designers and planners met for two days with city leaders to draw sketches of what Joplin looked like and what it could become.

Cage and the CART team continued developing a recovery plan, simultaneously approved by four major boards at a historic meeting in January 2012. Earlier this year the city hired Wallace Bajjali as its master planner in the renewal process. 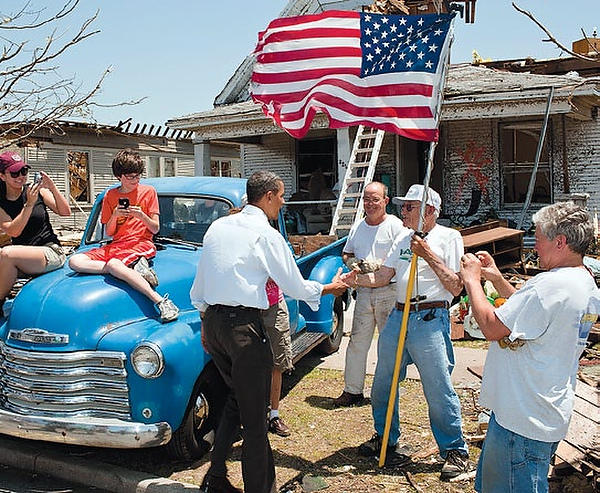 On the first anniversary of the storm last May, Joplin was moving forward. Though hundreds of people still lived in FEMA temporary housing, building permits had been issued for almost two-thirds of the 7,500 homes that were damaged, according to City Manager Mark Rohr, and 420 of the 530 affected businesses had reopened as of early April. Joplin used donations to distribute 4,000 free weather radios and plans to replace the 20,000 trees that were lost. President Barack Obama, who visited Joplin a week after the disaster, returned a year later to deliver the commencement address at Joplin High School. Cage also spoke to the graduates, telling them, “Out of the rubble, you have given us hope.”

A year after she took the most challenging of public service roles, the Joplin Area Chamber of Commerce named Cage Outstanding Citizen of the Year. Mayor Woolston says her participation has been key in gathering input from the public, collating that input and putting it in a format such that the city could begin to take the appropriate action needed. “She continues to be a leader by working to address the community’s needs in a positive, straightforward manner.” 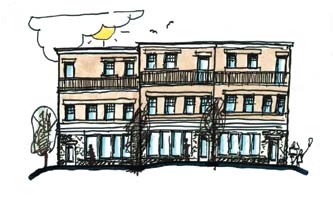 Cage knows it will take years to rebuild what it took just minutes to destroy, and she remains committed to the long haul. “Before May 22, 2011, I had always believed that ‘it couldn’t happen to us.’ Now that it has happened, I’ve had a chance to witness the resiliency of our city. What has made our remarkable progress possible has been the relationships, trust and cooperation among the stakeholders that was in place before the tornado. We all knew each other, worked together and trusted each other,” she says.

She cites the CART mission statement, which says Joplin will set the standard for disaster recovery in America and pay it forward when disaster strikes elsewhere. “I like the chance to give back, and I get a lot more than I give,” she says. “It feels good to make a difference.”

As the April 28 editorial made clear, the city is grateful to Jane Cage: “The work’s not over for Cage or Joplin — not even close. That’s why it’s important to stop and say thanks, then ask Cage to stay the course. The pay, the hours and the benefits won’t get any better, but Joplin will.”