Students happily maintain long-lived, cherished traditions, including Rolling the Quad, Springfest and the Moravian Lovefeast. But they’re also inventing new ones — about three dozen in the past decade.

Students and alumni pack Wait Chapel the first Sunday night in December for the largest Moravian-style lovefeast in North America, begun in 1965. 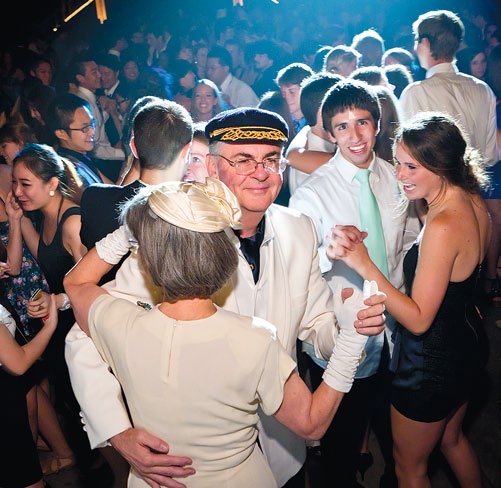 Since President Nathan Hatch rode into his Inaugural Ball in 2005 on the back of a motorcycle driven by the Demon Deacon, the biennial ball has become a don’t-miss social event. 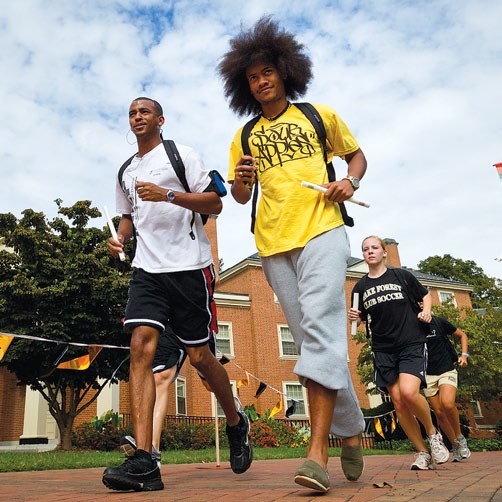 This annual philanthropy project for the Brian Piccolo Cancer Fund has been a big hit since students (along with faculty and staff) first began walking and running around Hearn Plaza in 2003. 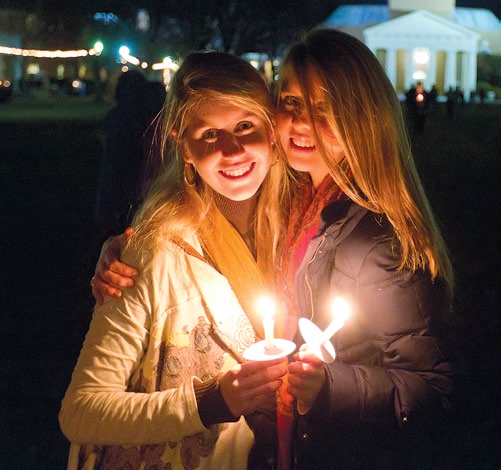 Hang the greenery and lights on Hearn Plaza, enjoy a cup of hot chocolate and cookies, sing a carol or two and bring a blanket for the less fortunate to this kickoff to the holiday season, often cited by students as their favorite tradition since its inception in 2003. 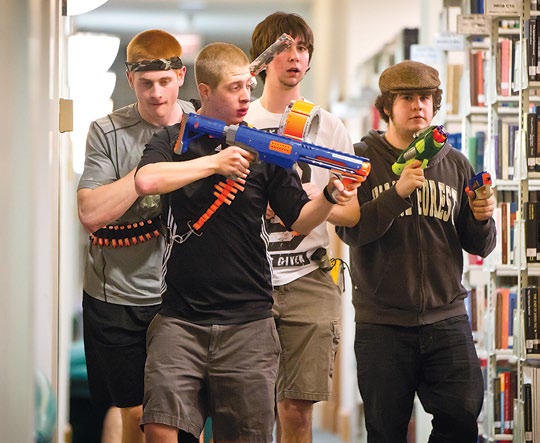 Divide several hundred students in the Z. Smith Reynolds Library into two teams and hide two flags for each team.The orientation game has become so popular it’s spawned a spring “capture” open to all students and the Humans vs. Zombies game (the Zombies always win). 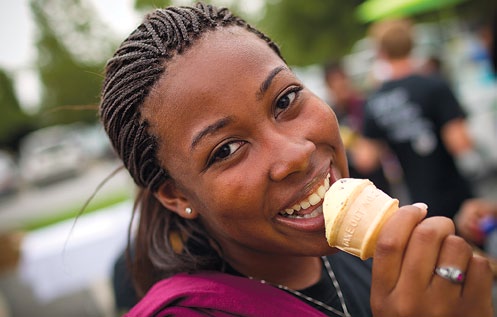 Local eateries set up a chocolate fountain and offer their best dishes at a freshman mixer so popular that upperclassmen crash the party. 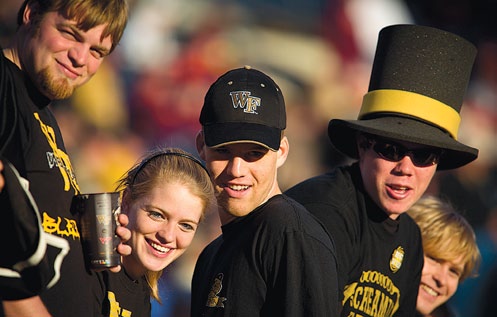 Students vie to have the best banner on residence halls, vote for Homecoming king and queen and then turn out en masse for the huge bonfire on Davis Field. 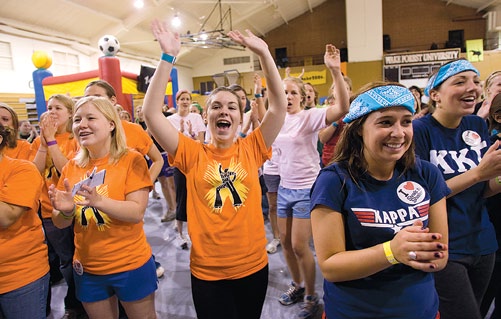 Students dance ’til they drop during a 12-hour marathon at this fundraiser for the Brian Piccolo Cancer Fund that began seven years ago. 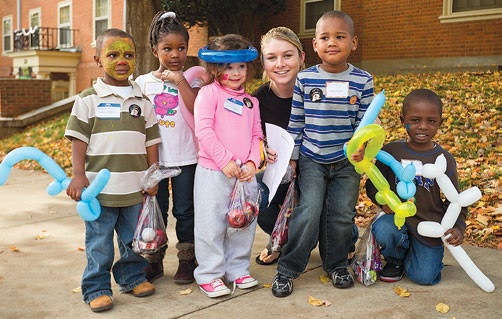 Student ghouls, ghosts and goblins have treated underprivileged children to an afternoon of trick-or-treating and carnival games on campus since 1988. 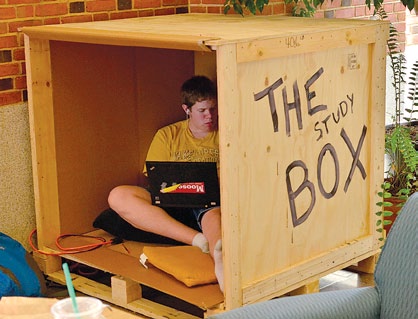 Pulling all-nighters was never this much fun. The Z. Smith Reynolds Library has lightened the exam mood since 2006 with snacks, endless coffee, a study box (literally, a box for studying) and festive decorations, including a cardboard Pres. Hatch lounging in a kiddie pool. 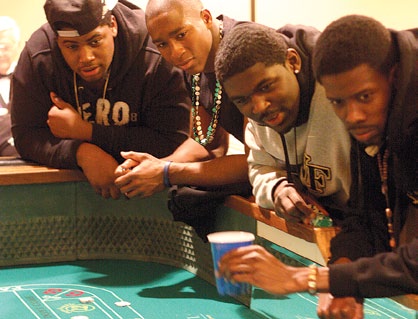 Try your chances at the casino, groove on the LED dance floor, have your fortune read, play laser tag and more in the Benson Center’s once-a-semester, late-night dance party/carnival/scavenger hunt.

Put on your shagging shoes and sing along with the Embers (who’ve performed all but one year since the first Mag Shag in 2005) at a faux-beach party under a giant tent on Manchester Plaza/Magnolia Quad. 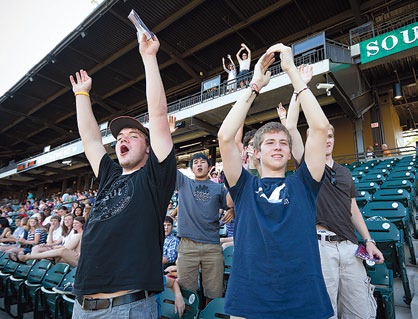 Seniors don’t want to graduate after being treated to the Class of the Finest tailgate at the last home football game, a Senior Dinner at the coliseum and senior nights at a Winston-Salem Dash baseball game and at Reynolda House Museum of American Art.

THE BEST OF THE REST, IN NO PARTICULAR ORDER 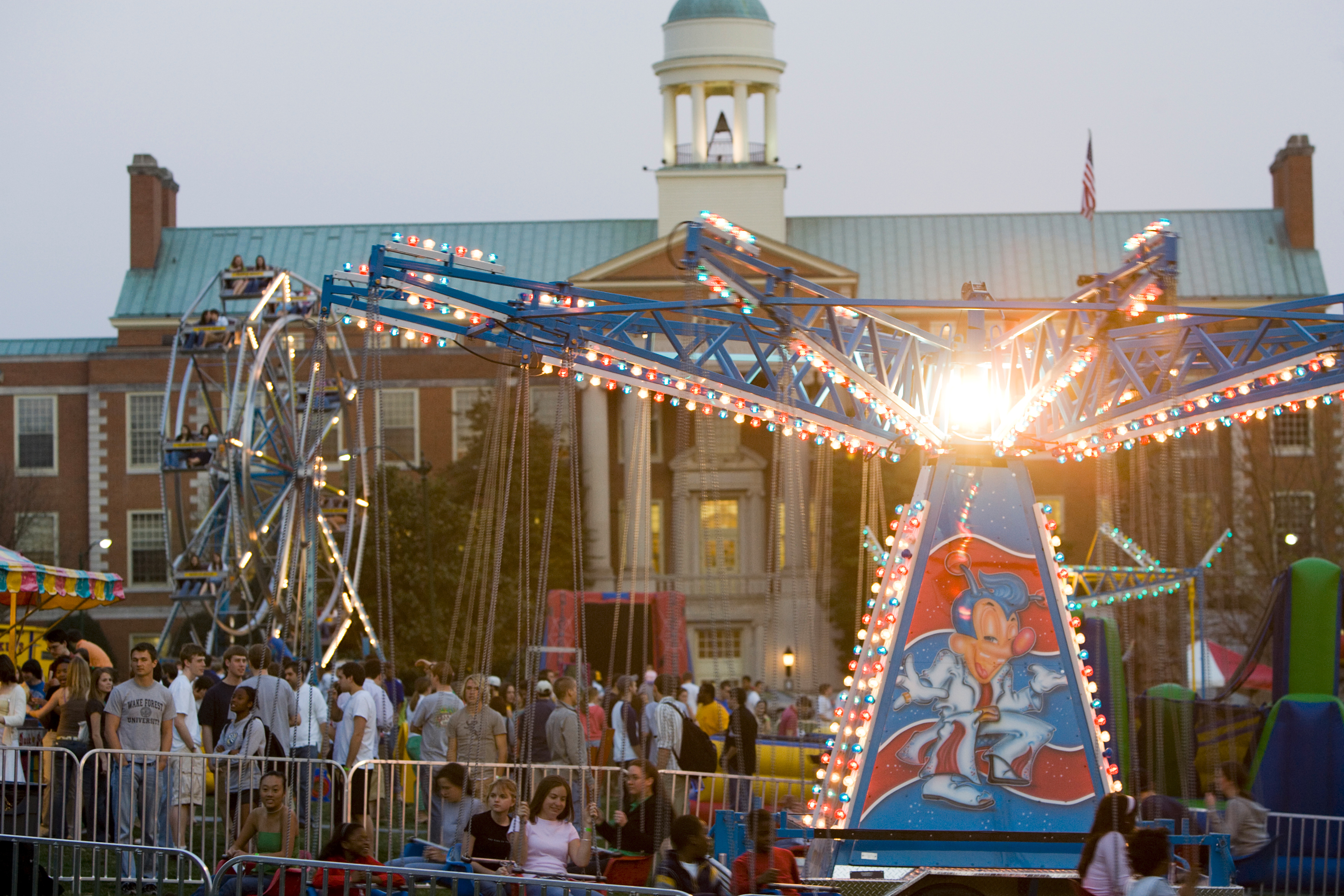 Fall at the Forest
Students unwind from the first month of classes with barbecue, games and more around the Quad residence halls.

South Campus Lawn Party
Celebrates the end of the school year and the start of spring.

Seize the Quad
Students take over the Quad for the biggest party of the year, with a band or DJ. 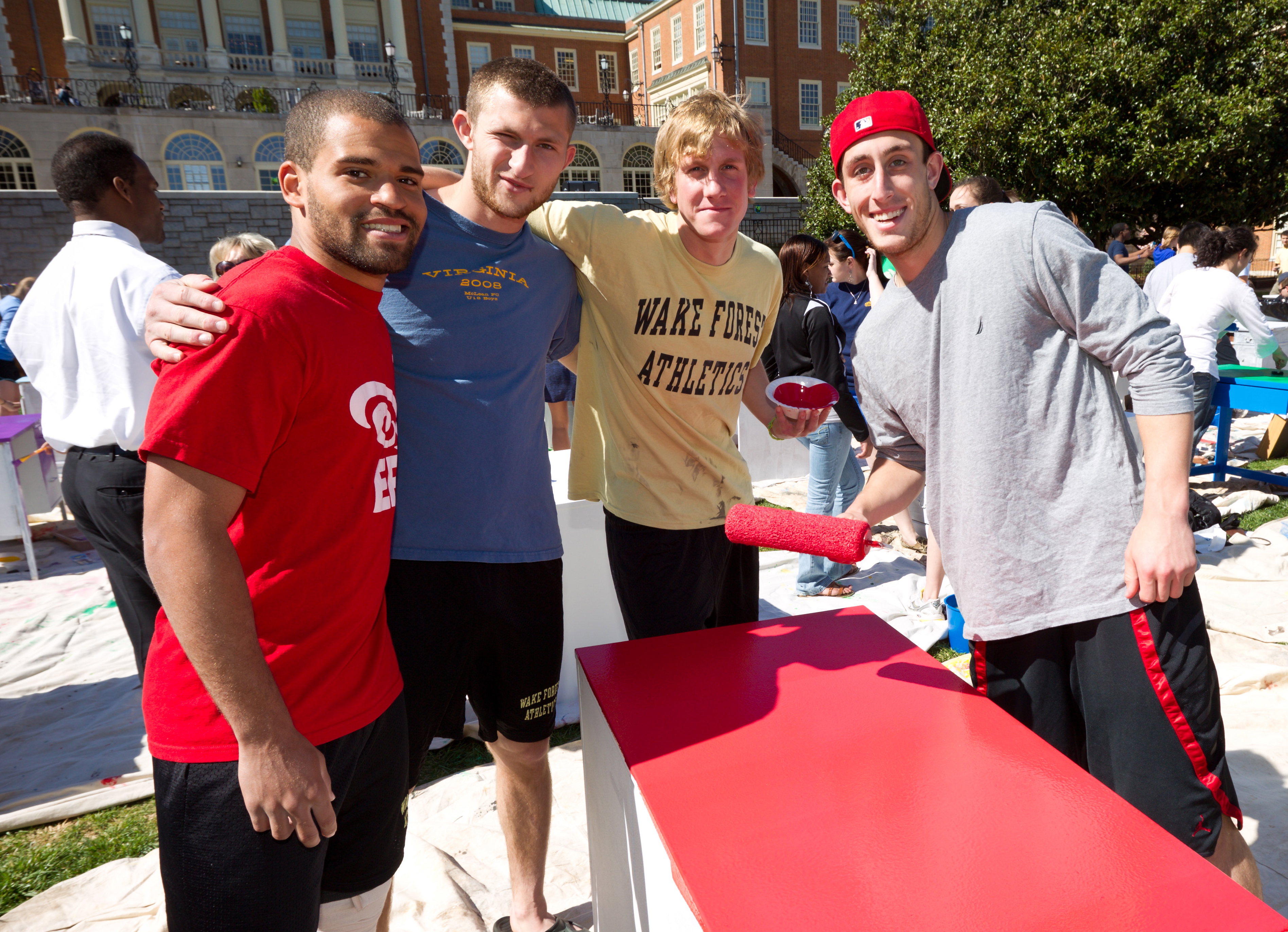 Halloween Orchestra Concert
For 18 years, director David Hagy and orchestra members, dressed in costumes, have offered a midnight Halloween night concert full of thrills, chills and laughs. Watch out for the tricks orchestra members have been known to play on the audience. 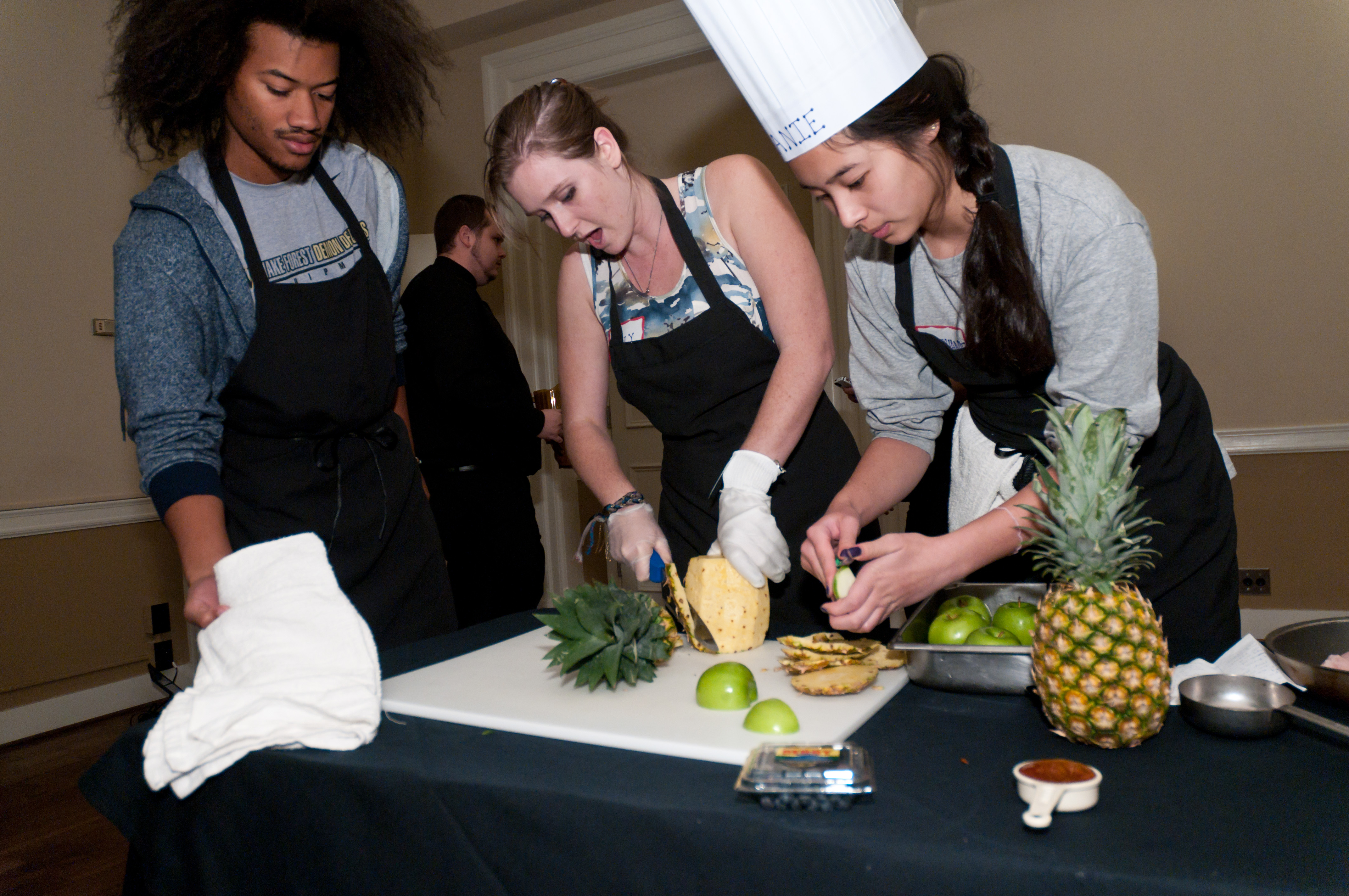 Iron Chef Competition
A take-off of the popular TV show, student teams have an hour to use a secret ingredient (last year it was pineapple) to create a delectable three-course meal in the Mag Room.

Tuesday Trivia at Shorty’s
Trivial Pursuit comes to Shorty’s each Tuesday night throughout the academic year.

Student Union Film Series
Harkens back to the days of film screenings in Tribble Hall, with popular movies every weekend in Pugh Auditorium.

Spring Family Weekend
Building on the success of Fall Family Weekend, students invite the parentals in for a February basketball game and Sunday brunch. 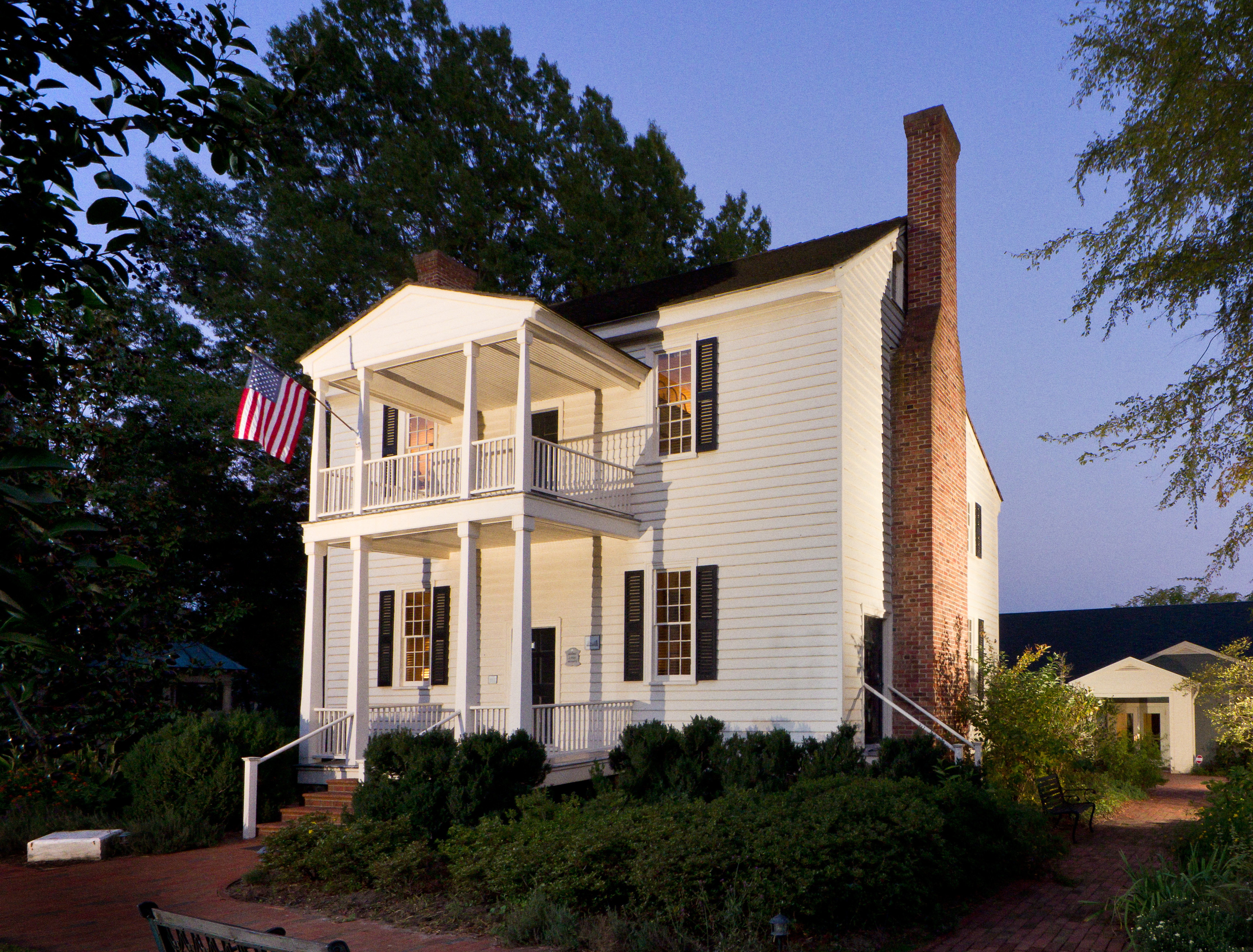 Old Campus Trek
Students can visit the Calvin Jones House and the Wake Forest Historical Museum, see the original Wait Hall and grab a hot dog at Shorty’s during an annual trek to learn about Wake Forest’s heritage. 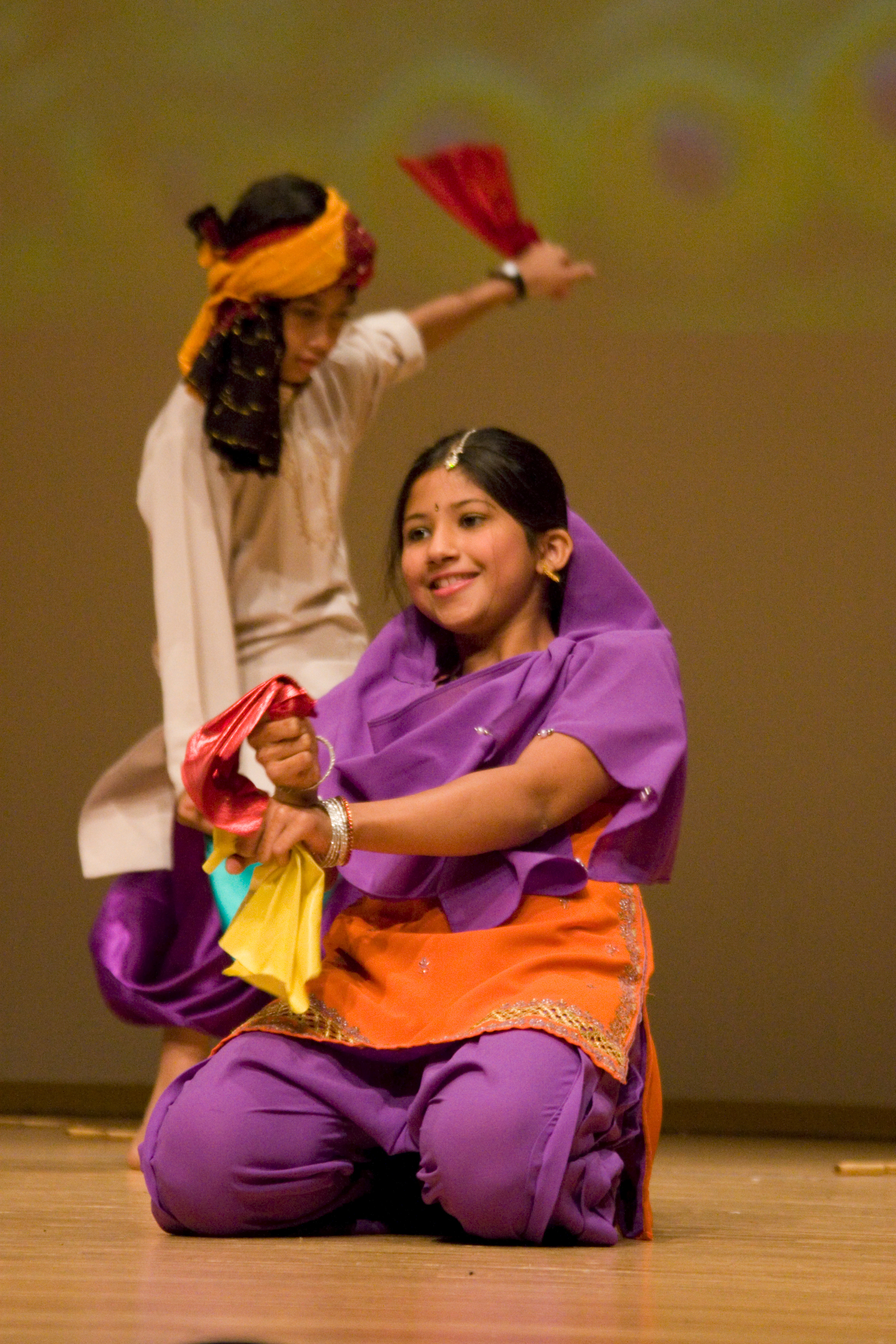 Diwali Festival
Also known as Deepavali, or the “Festival of Lights,” students have celebrated the beginning of the Indian New Year with performances, music, dance and food since 2005.

World Cultural Festival
Students learn about food, music, games and more from cultures around the world, without ever leaving campus, every fall on Manchester Plaza.

Oktoberfest
The German department brings a bit of the old country to Magnolia Quad with live polka and beer.

The Unpredictable Adventure Race
There’s nothing predictable about this annual race around campus “in search of muddy, mental, physical, outrageous and unpredictable challenges in search of that golden prize – finishing.”

First-Year Tailgate
New students catch the Deacon spirit at a tailgate at the first home football game of the year.

Spirit of Wake Forest
Freshmen learn the fight song, alma mater and Wake Forest traditions and get rid of any “other school” paraphilia they have. 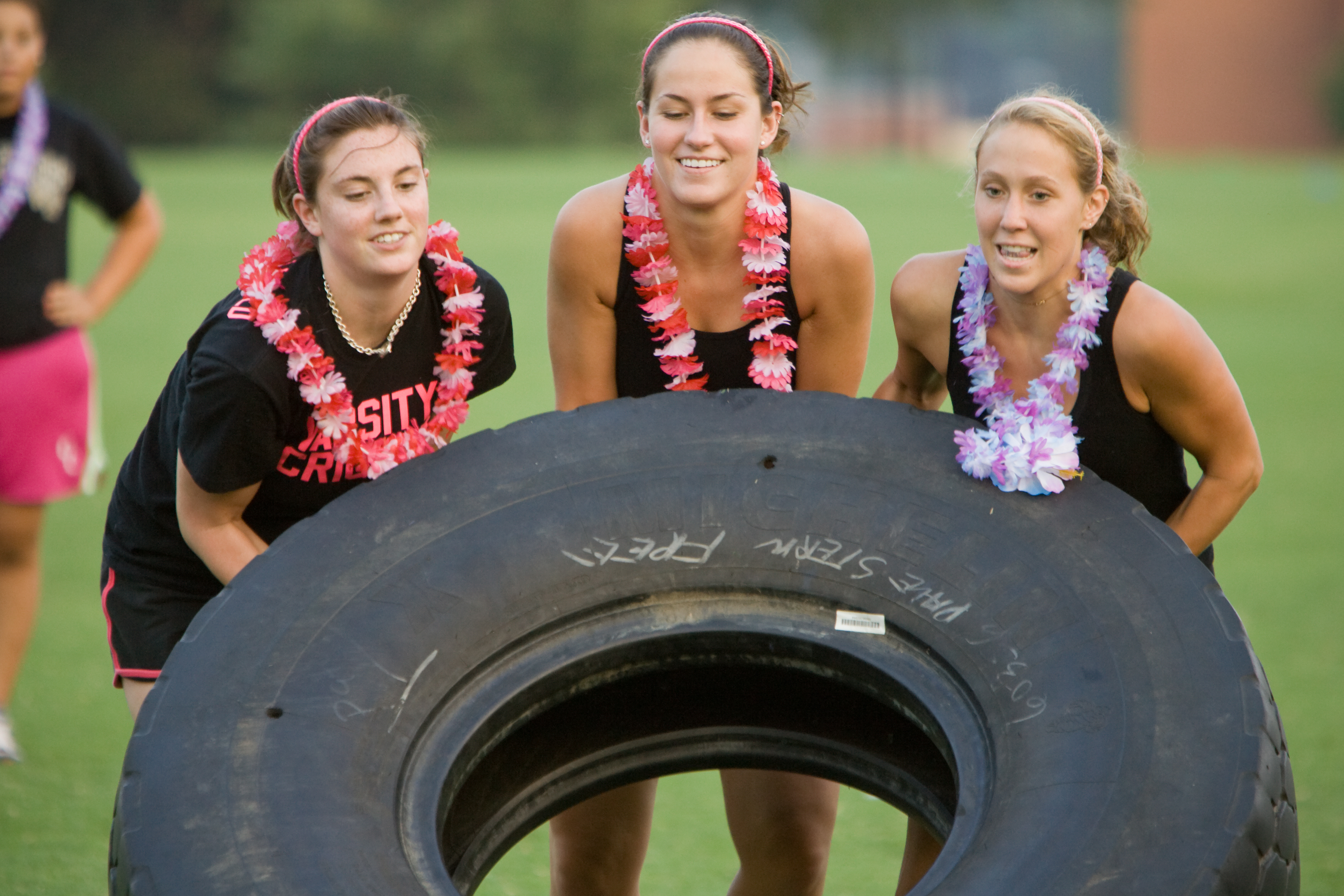 Pros vs Joes
New students bond with their hallmates in an Amazing Race type competition as they compete against older students and student-athletes during Orientation. 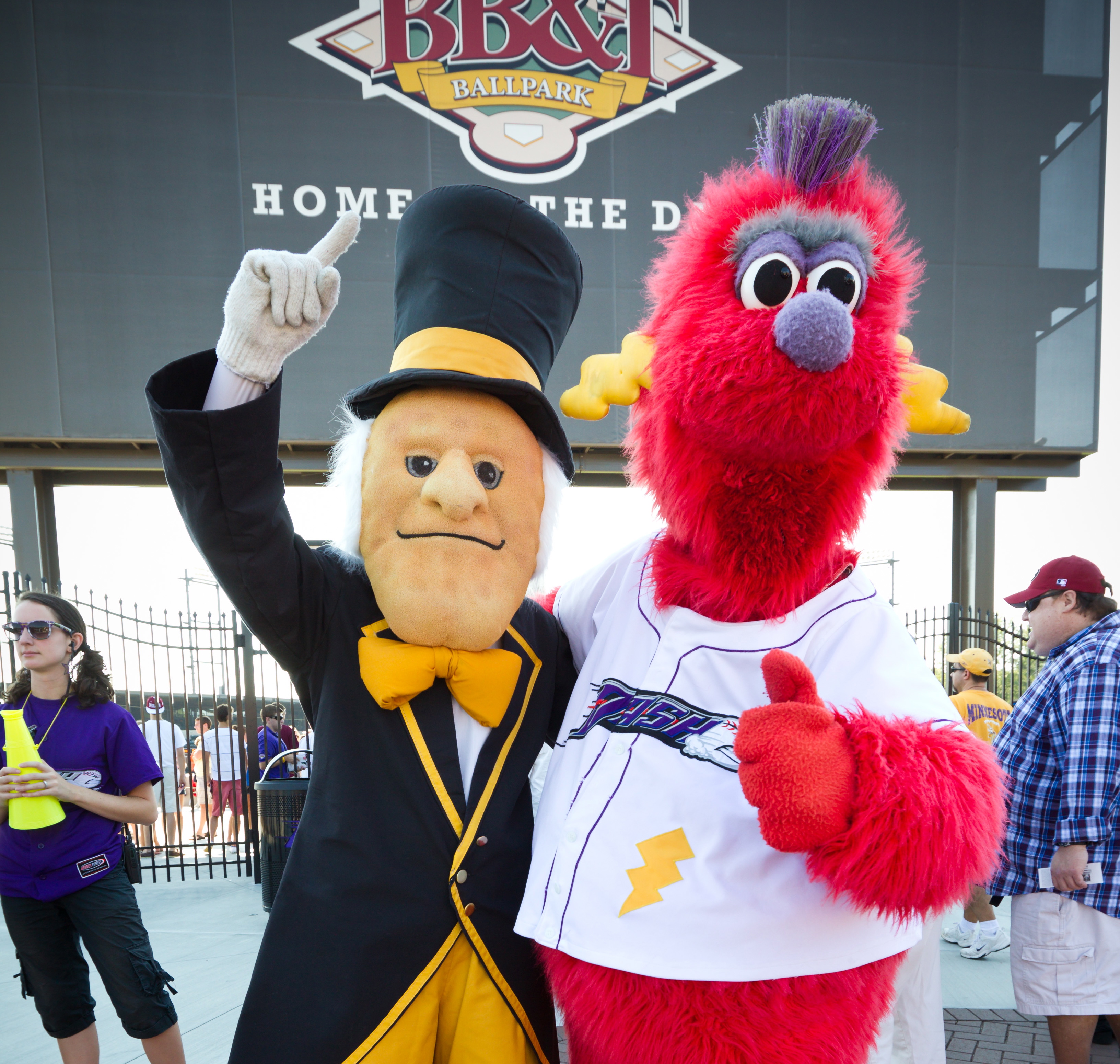 Senior night at the Dash
One of many events just for seniors, a night at BB&T Field to cheer on the Winston-Salem Dash baseball team.

Class of the Finest
Cocktail party for seniors at the last home football game of the year. 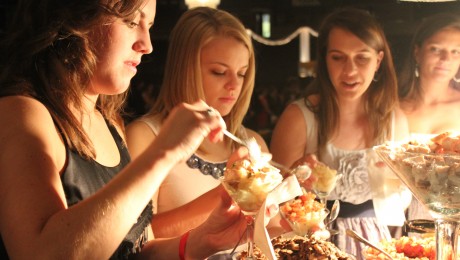 Senior Dinner
Four seniors offer toasts to their classmates at a fancy dinner at the coliseum, a final chance for seniors to say goodbye and remember and celebrate their four years at Wake Forest.

Wake Invasions
Pack your pom-poms and jump on the bus for an away football game.

Brian’s Song
No Wake Forest education is complete without watching, preferably on the Mag Quad, the classic original movie on the life of Brian Piccolo.

Little Black Book
A fabulous source for Wake Forest’s history, heritage and traditions has become a tradition in itself to pass on to future students.