Lori Piccolo (’87) will be watching from afar as hundreds of students race around Hearn Plaza for the 10th annual Hit the Bricks fundraiser Sept. 27. The eight-hour relay race raises money for cancer research and commemorates the life of her father and one of Wake Forest’s most heralded athletes, Brian Piccolo (’65).

Lori Piccolo, who lives in Washington, D.C., was only 4½ when her father died in 1970. Brian Piccolo led the nation in rushing and scoring as a senior in 1964 and later played for the Chicago Bears. He was only 26 when he died of cancer.

In 1980, students established the Brain Piccolo Cancer Fund Drive in his memory. Now the longest-running student philanthropy project at Wake Forest, the Piccolo fund has raised more than $1.5 million for the Comprehensive Cancer Canter at Wake Forest Baptist Medical Center. 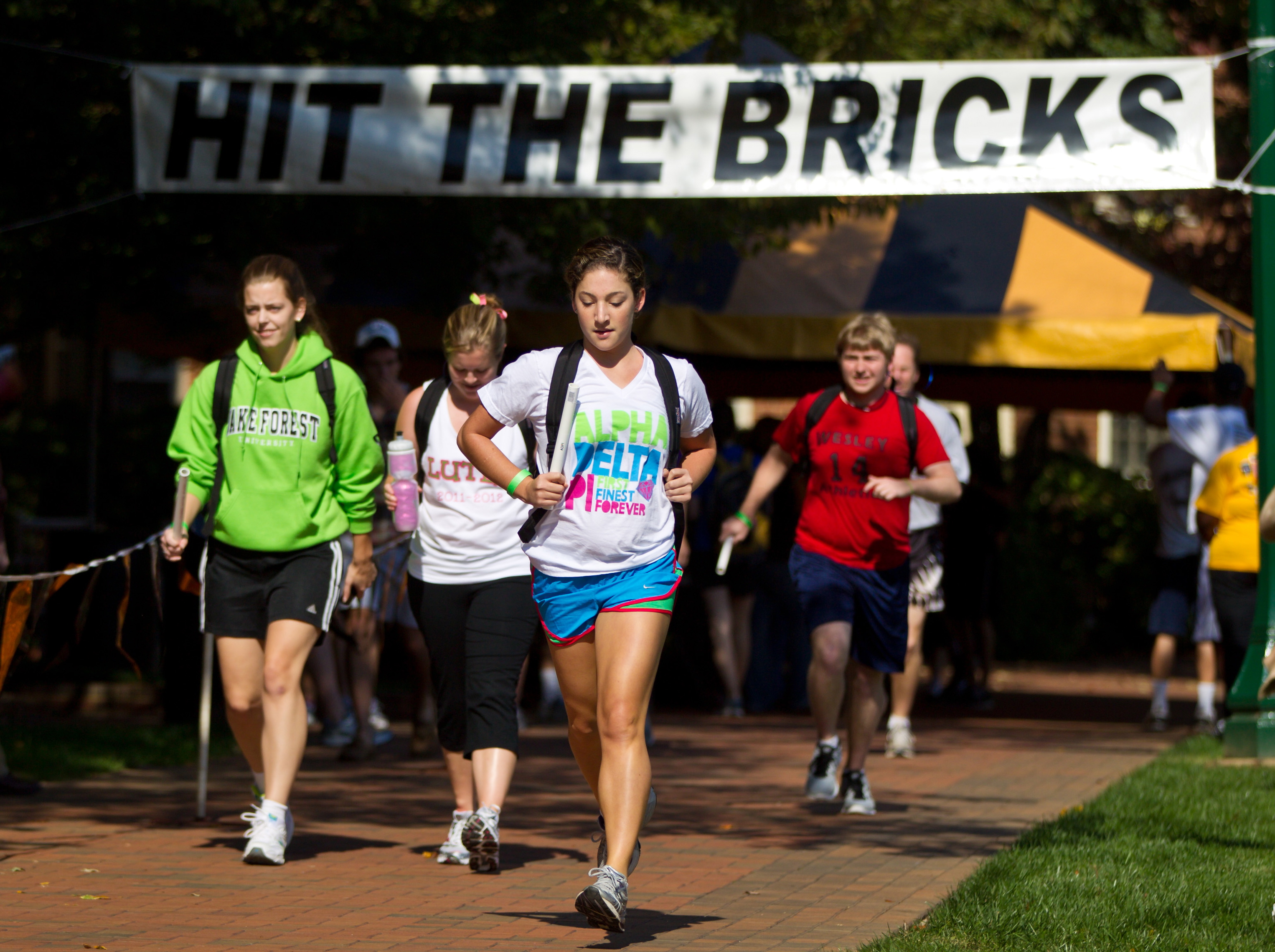 Lori Piccolo is impressed – and appreciative – that students have continued to support the Piccolo fund for more than 30 years and have started campus-wide events such as Hit the Bricks and the spring Wake ’n Shake dance marathon in the last 10 years. “I thought maybe interest would drop off over the years, but there just seems to be more and more involvement and it seems like such a campus-wide undertaking,” she said.

Piccolo has tried to emulate that philanthropic spirit in her own life, volunteering in her children’s school, and serving, with other family members, on the board of the national Brian Piccolo Cancer Research Fund, based in Chicago. (Piccolo has two younger sisters, Traci (’89) and Kristi.) She works at the Children’s Law Center in Washington, D.C., a safe haven for children with legal needs and those suffering from neglect, maltreatment or abuse. 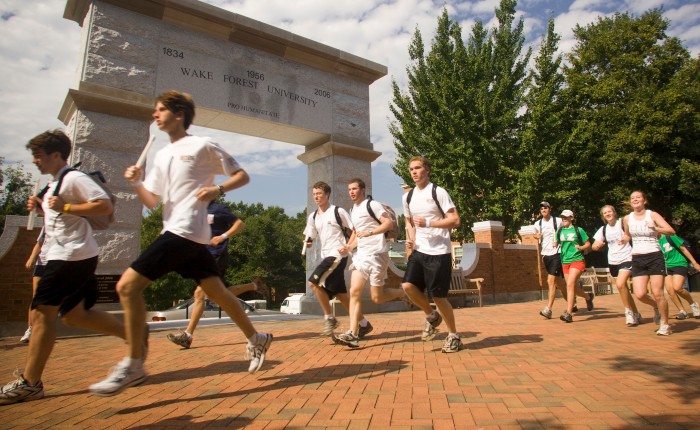 Piccolo, who has three children of her own now, thinks her father would appreciate the effort and spirit of students, faculty and staff who will be hitting the bricks all day Thursday. “I have had plenty of friends and family members who went to other schools, but I just have to believe that there is something about Wake. I can’t put my finger on it, but there is something different here than at other schools.”