At Wake Forest Marc Palmieri (’94) majored in communication with a minor in theatre. A star pitcher at Long Island’s Chaminade High School, after graduation he declined a contract with the Toronto Blue Jays to attend Wake on scholarship. At the close of his career he was the second winningest pitcher in school history. These days he’s a playwright, screenwriter, actor and teacher living in Queens, N.Y. (Watch his YouTube reel.)

Baseball has been a huge part of your life, but were you always interested in theater? What about your Wake experience ignited/fueled that passion?

My parents had always taken us to shows in New York City as we grew up, and that created a very warm association for me with plays — but it was at Wake that I truly formed a personal connection and interest.

As part of Introduction to Theatre class we had to go see the theatre department productions. They were doing “Night of the Iguana” at the time, and I was so blown away I went back a bunch of times and decided that I had to get to know these “theatre people” and have something, anything, to do with what they do.

I never thought I’d have the guts to get on stage, much less write for the stage — but that was how it began for me. 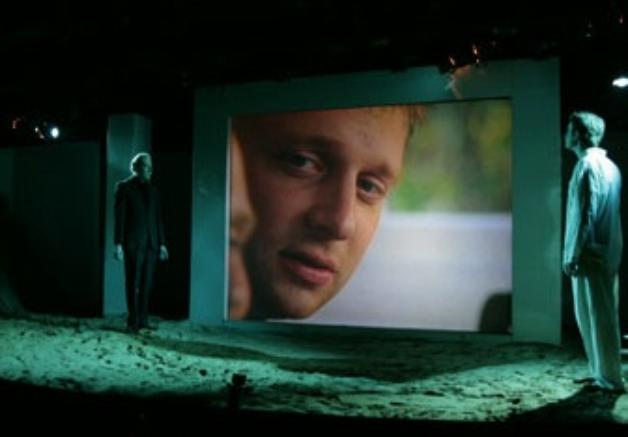 Palmieri acts in film and television as well as being a playwright.

Were there particular professors or other elements of the Wake experience that inspired you?

I had wonderful teachers in that department. Harold Tedford was — and is — an amazing personality who actively recruited people to come and give theatre a chance.

I remember in a hallway, stopping for a brief hello, and mixing in, “Take an acting class!” This was before I had any interest at all in doing so — but if he hadn’t done that, I may not have tried it. Dr. T. (and his whole family, for that matter) became a huge factor in my life, taking me seriously as a brain, encouraging me to give it all a shot, and just leading by example. His passion for art and life is very inspiring.

At the time I was there, Mary Lucy Bivins was the acting teacher, and she was equally as welcoming and an excellent teacher. Don Wolfe was another great one. Pat Toole taught me to speak. Seriously. And since then I also got to know James Dodding, John Friedenberg, Sharon Andrews … from the beginning everyone connected to the WFU theatre department has been nothing but helpful, supportive and encouraging.

I liked the students immediately after I gathered up the courage to walk from the baseball field to the Scales building and introduce myself. I also have to add that my meeting Will Nolan (’94) there, who became my first roommate in NYC, was also enormously important. He and I, after Ring Theatre one day, came up with a vague but bold plan to just move to the city after graduating and go for it. You’ve got to see what he’s doing on the stage these days. Lots of fun.

Tell us what you’ve been doing in the theater world, including your new Web theater series.

Well I do a variety of things and feel very lucky to have stayed busy — and employed. I’ve written plays and screenplays that have been produced and  published, I’ve worked with wonderful, important theatre companies, been in movies, also worked on plays as a dramaturge, director, understudy, producer, and I’ve done huge commercials (thank the gods). I teach in the MFA program at The City College of New York and in the English department there — which I love doing, and which somehow helps make sense of this crazy life I’m living. 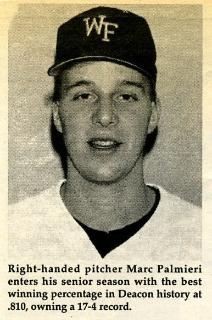 The Web series, “The Thing,” I started writing for the express purpose of getting my mind off my new play. The play, “The Groundling,” was selected by South Coast Rep last year for their NewSCRipts Series, and after being out there in California with it, and after landing a really big literary agent for it, I figured if I didn’t have a project taking up my energies, I’d drive her and myself crazy as we searched for productions for it.

So I started writing. It turned out to be the perfect chance to tell a story about being a striving theatre person in NYC — and, being 40. “Slings and Arrows” is a favorite of mine, and I’d always wanted to attempt my own theatre series.

It’s about a group of friends who once, in their “youth,” had a theatre company and have since given it up to pursue “normal lives.” They reunite for one more round Off-Off Broadway. I’d like to think it’s about the often painful and hilarious (and impossible) necessity to balance a life of artistic passion with the realities of the world, and the city, and the self. It’s been a blast. We’ve completed Part I of three parts. Part I was just launched.

How has a liberal arts education influenced your career?

I had no idea who I was or what life was for before I came to Wake Forest. I played baseball, yes, but I had yet to discover what it is that makes me feel like I’m using my life for something useful and important. The liberal arts program, the variety that such a program offers a young person in terms of exposure to different subjects and pursuits, is what led me to find that life purpose. Uh, having kids did that too. I have two now. Poor things … .

What do you miss about Wake? Do you ever come back to campus?

I do come back — as a theatre person I’ve come back three times — once for a play festival the department held wherein I had a few one-acts, then a few years later to play Laertes in a wonderful production of “Hamlet” directed by Jim Dodding (the Tedfords put me up in their house) … and then again to participate as a visiting playwright and teacher. All three experiences are treasures to me.

What do I miss? I miss being a student. That’s one of the reasons I’m so grateful to be a college instructor. It’s a great time in one’s life — and for me, thanks to Wake, thanks to theatre, it was when I made a very important discovery.