In January U.S. Secretary of Defense Leon Panetta and Chairman of the Joint Chiefs of Staff Gen. Martin Dempsey announced the removal of the combat exclusion ban for female soldiers, thereby creating a fully gender integrated force by 2016.

Foote, who served three decades and commanded at the company, battalion, brigade and major Army installation levels, said she has been advocating since the ’60s to get rid of dysfunctional policies and “to give women a chance and get out of their way.” Via phone from her home in Maryland, Foote said that women in Iraq and Afghanistan are involved in combat situations every day but they are not recognized for it.

Her crusade has been just one part of a remarkable career of breaking gender barriers in the military. She served at a time when female soldiers were not trained in weapons that males in the same unit were prepared to use. And she recalls when, as a battalion commander at Fort McClellan, Ala., she got up early to run and do push-ups, then took marksmanship training on her own time to learn how to fire, disassemble and clean an M16 rifle. “How could I get in front of these troops and be their commander if I didn’t know what they were doing?”

Foote Among Notables Interviewed in ‘MAKERS: Women Who Make America’

Brig. Gen. (Ret.) Pat Foote is interviewed in “MAKERS: Women Who Make America,” a documentary featuring notable women who have made pioneering contributions to shape the world. Condoleezza Rice, Gloria Steinem, Hillary Clinton and Billie Jean King are included in the film, described as “the most dynamic collection of women’s stories ever assembled.” PBS will air selected interviews on Feb. 26; check local listings for the schedule in your area.

Before completing her final tour of duty as commanding general of Fort Belvoir, Va., Foote served at Vietnam Headquarters in 1967, with six months of that duty as a public affairs officer in Saigon and six months in Long Binh. “The Army sent me there wearing heels, hose and a cute little suit with no weapons and no training; women assigned there were ill-equipped in the event of an attack,” she said.

To those who question the mental and physical toughness of women, or express concerns about “sex in the foxhole,” Foote, who received Wake Forest’s Distinguished Alumni Award in 1987, was quick to reply. “Sex in the foxhole” is way overblown, she said, and women — who command destroyers and pilot combat aircraft — have earned the right to be evaluated on the same criteria as men, whether it pertains to marksmanship, upper body strength or leadership skills. “As long as we prevent women from at least competing at the same level as men, women will continue to be regarded by many men as second-class soldiers,” said Foote. “America’s military will be better when men and women are trained together.”

Heartened by the gender policy change, Foote is also cautious when it comes to the caveat giving military branches three years to create a plan for implementation. “That says we have fertile ground for another study,” she said. “Women in the military are the most studied creatures on earth. And as long as someone is studying something you don’t have to do anything about it.” 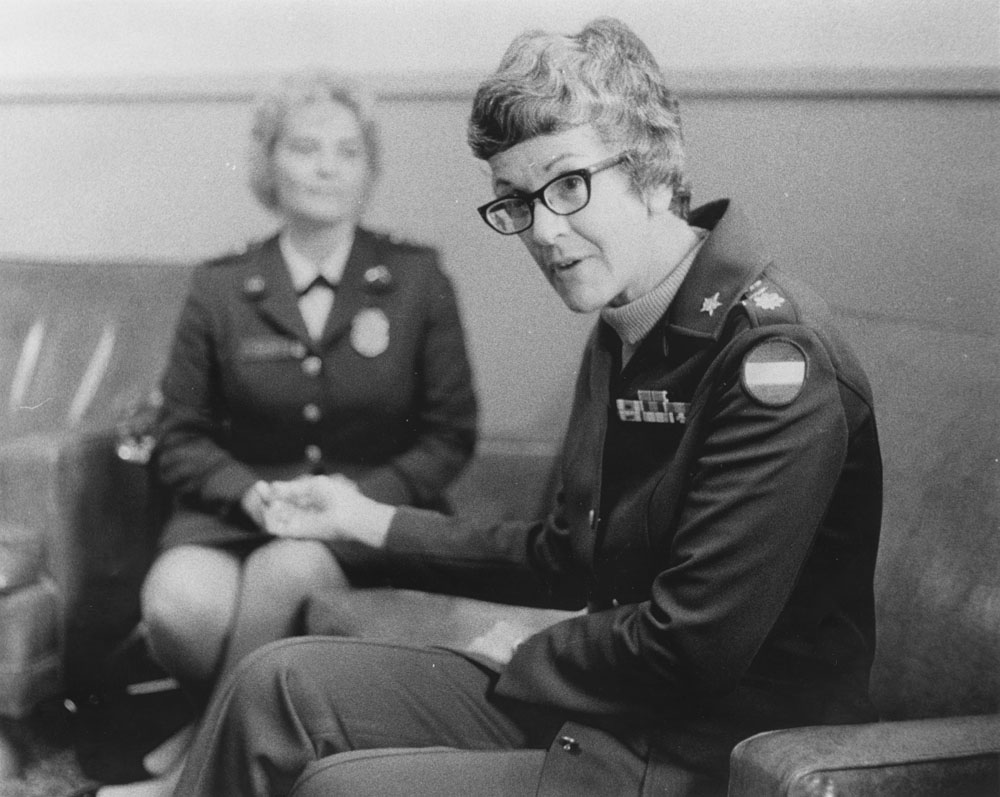 Had she the opportunity, would she have gone into combat? “Absolutely,” answered Foote with the unflinching conviction of a veteran soldier. “Given the job to go over there and do it, women will do it well with proper training and leadership. When women have leaders who say ‘I will expect of you what I expect of him,’ they shine.”