Like many alumni of Wake Forest, Tim Nicodemus (’12) has a life plan. It includes getting his bachelor’s degree in finance, graduate school, then embarking on a successful career.

That plan took a bit of a detour when, in 2011, he decided to spend in a year in voluntary service.

Now, more than halfway through that “Pro Humanitate” experience, Nicodemus says what many say when they work for the greater good: he is the one who has been profoundly changed.

Nicodemus, originally from the Washington, D.C., area, is a financial and accounting analyst at Rehoboth Christian School in Rehoboth, N.M., a couple of hundred miles from Albuquerque. In terms of distance and opportunities, it’s a long way from his home in Washington, D.C., and from Wake Forest. 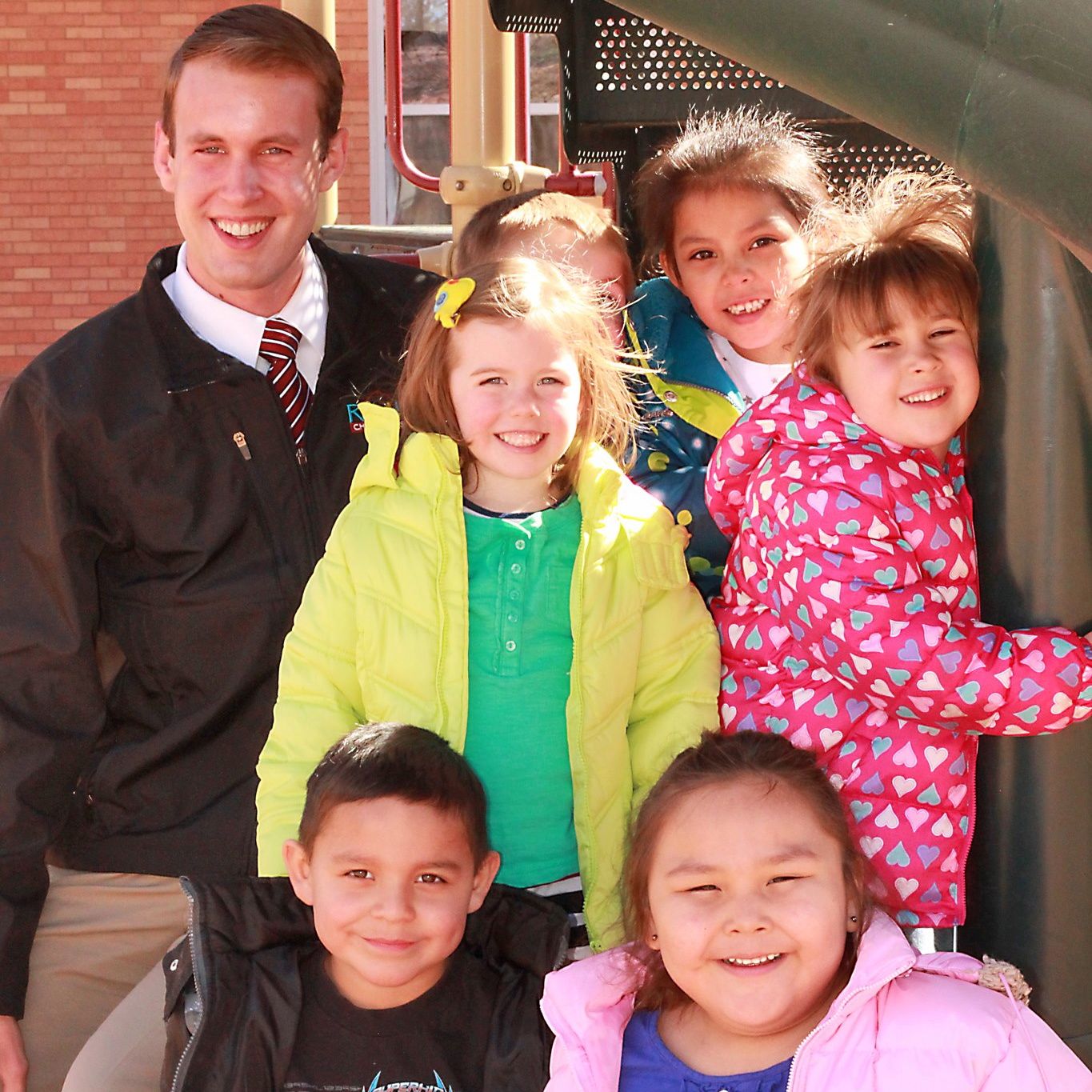 “We have a high graduation rate and the kids do really great things,” says Tim Nicodemus.

“Coming from Wake Forest and having all these incredible people around me, plus great classes and career opportunities, I did not have a strong view of what a lot of people go through,” said Nicodemus, who manages the Rehoboth’s food service and after-school program accounts and also is the phonathon director.

“To be in Rehoboth is to be in a whole other world of tangible poverty,” he said. “Out here I can expand my cultural world view while learning about Native American tribes and their rich history.”

The pre-K through high school has around 500 children, about 68 percent of them from a Native American reservation with 50 percent unemployment. Nicodemus says he is impressed by the school’s quality programs and the caliber of its teachers and administrative professionals, who could be teaching anywhere in the country. “We have a high graduation rate and the kids really do great things,” he said. “So many could leave here and have a profitable job but they choose to come back and work to change a broken culture.”

In college, where he participated in charity work with his fraternity, Alpha Sigma Phi (Project Pumpkin and Hit the Bricks) as well as an after-school tutoring program through Intervarsity, Nicodemus said he hadn’t quite grasped what it means to be charitable. “I viewed it as me helping them instead of them helping me,” he said. “This experience has opened my eyes to the world of charity. The one internship I did in college they told me to round off to the next million; here I round off to the next penny.”

The school has about 500 children, most of them Native Americans.

Before he leaves in June for graduate school at UNC Charlotte, Tim Nicodemus has one more thing he wants to accomplish for the school where both his sister, Anna Newman (’10, MAEd ’11), and her husband, Jonathan Newman (’07, MA ’09, MAEd ’10), teach. He wants to continue raising funds to support teachers, instructional resources and facilities. If you would like to learn more about Rehoboth Christian School and its mission, contact Tim. He welcomes the opportunity to share its story.