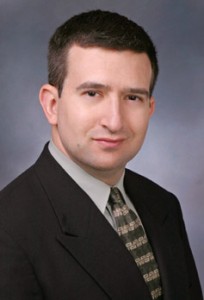 Counterterrorism expert Daveed Gartenstein-Ross (’98), author of “Bin Laden’s Legacy: Why We’re Still Losing the War on Terrorism,” has been featured in the New York Daily News and other news outlets since the Boston Marathon bombings. He spoke with Wake Forest Magazine last month about the war on terrorism and again this week to discuss the Boston bombings.

What was your first reaction to the Boston bombings? Homegrown terrorism or an international plot?

My initial reaction was in line with that of other analysts: I thought that the two most likely motivations for the attack were jihadism and far-right extremism. Not exactly a bold prediction, but the perpetrator of the last major terrorist attack carried out in the West (Anders Brevik) surprised a great many people — including me — so I didn’t feel an obligation to get more specific this time around.

A dozen years after 9/11, have we become too focused on international threats and not homegrown terrorists?

I don’t think the problem is that we have been too focused on international threats. A quick look at the FBI’s various terrorism arrests over the past dozen years reveals plenty of attention to domestic terrorism.

The suspects in this case are ethnic Chechens who had lived in the U.S. for about a decade, and one is a naturalized American citizen. Do they represent a new kind of terrorist vs., say, the 9/11 terrorists?

Not really. The phenomenon of “homegrown” jihadist terrorism (where the terrorists’ primary cultural context is the U.S. or the West) was quite apparent even before the Boston attack. For example, Brian Michael Jenkins’ study Stray Dogs and Virtual Armies contains a list of all such cases through the end of 2010 (see pp. 29-40).

When we spoke to you in March, you said “The U.S. has been awfully good at preventing the next major terrorist attack (although sometimes we have gotten lucky, as was the case for the attempted bombing of Times Square).” Did our luck just run out?

Over the past 12 years, when the U.S. has experienced intelligence failures related to terrorist plots, dumb luck has often ended up saving lives (although, tragically, not at Fort Hood). For example, Umar Farouk Abdulmutallab’s attempted attack on an airplane with a bomb hidden in his underpants on Christmas Day of 2009 got as far as it did because of what the Senate Select Committee on Intelligence has described as “systemic failures across the Intelligence Community.” However, luck — in the form of a detonator failure — prevented Abdulmutallab from taking any innocent lives in that incident.

Do you see an intelligence failure, for instance the FBI’s failure to follow up on the older brother after receiving questions about him from Russian authorities?

There is certainly data to suggest that there may have been an intelligence failure. The most important data point in this regard currently is, as you state, that Russia alerted both the FBI and the CIA about Tamerlan Tsarnaev’s extremism and plans to join “underground groups.” But it’s too early to declare that an intelligence failure occurred, given that we don’t know what kind of information authorities were able to assemble about him, and whether that information should have made the danger he posed clear. Remember, we live in a society where our security agencies are rightfully constrained, so the fact that Russia’s FSB warned about Tsarnaev doesn’t automatically confer the right to monitor him.

Comparing the information available to authorities prior to Fort Hood with the information we know they had here, it is clear why the former can be regarded as an intelligence failure while the jury is still out on Boston. For Fort Hood, we can see the emails that the shooter, Nidal Hasan, exchanged with extremist cleric Anwar al-Awlaki. This email exchange is what alerted authorities to the fact that Hasan might pose a threat in the first place. Comparing authorities’ earliest explanation of the exchange — that it was “relatively benign” — with what the actual documents reveal, we can say with confidence that they missed clear warning signs. In contrast, we don’t yet know what information authorities obtained about Tamerlan Tsarnaev at the time of Russia’s requests, so we don’t know that there was an intelligence failure.

Was there a lack of adequate security at the marathon?

Large public events are inherently difficult to police perfectly, so the fact that the attack succeeded doesn’t in itself prove there was a policing failure. If authorities better-secured the finish line, the Tsarnaevs could have carried out the attack just outside whatever perimeter was created. A good example of this is the January 2011 suicide bombing at Moscow’s Domodedovo airport, which occurred just outside the airport’s security checkpoint. When we have more information, there may have been an intelligence or policing failure. And determining whether one occurred is truly important in the wake of this tragic attack. But given how little we know at this point, there’s no need to rush to judgment.

One point you’ve made in the past is that our national debt is the greatest threat we face. In your piece in the New York Daily News, you seem to return to that theme, that we have more to fear from our own financial problems than terrorists, and that we shouldn’t fear a bomb in every school and church. Am I reading you correctly?

Terrorism is meant to engender fear, and it is natural that following a horrific attack like the one we experienced in Boston, some people will in fact be afraid. My New York Daily News piece was less wonky than what I normally write: it was designed to address some of the fears that I saw others expressing that I felt overstated the gravity of the situation. Specifically, Ron Fournier wrote in the National Journal that the Boston attack “makes every place (and everybody) less secure” — including malls, churches and schools — and that the attack might signal “a ‘new normal’ for America.” I wanted to reassure readers, at some length, that this attack did not represent our new normal.

I did speak about the U.S.’s financial and economic problems at the end, but my point was not simply that we have bigger problems than terrorism. While that is true, such statements can be rather condescending: the fact that any given problem isn’t the biggest problem our society faces doesn’t mean that it isn’t a real problem. Rather, the reason I discussed our financial problems was to address the bigger question of what would have to happen for such attacks to actually become the new normal. If our government is unable to deal effectively with the largest challenges our country faces, we might actually see violent extremism rise to the point that Fournier fears. So my point was that we’re not there now, but this attack actually underscores the need to address our disgusting political gridlock and inability to solve the country’s major problems.

Are there reasons that Chechnya rebels would want to attack us?

We don’t know whether Tamerlan Tsarnaev actually made contact with these groups during his time in the region, so we cannot at this point say that these groups are related to the plot. But I will note that though the Chechen militant groups do contain legitimate nationalists, they also have a strong jihadist wing. Gordon Hahn, a Russia specialist at the Center for Strategic and International Studies, has noted that the emir of the Caucasus Emirate, Doku Umarov, has declared jihad against not only Russia, but also “the U.S., Britain, Israel and ‘any country fighting Muslims anywhere around the world.’” Hahn writes that the Caucasus Emirate “follows and propagandizes the same radical Salafi jihadist theo-ideology professed by AQ and its affiliates without becoming one of them.” The prestigious British think tank, the International Institute for Strategic Studies, has an analysis of the Caucasus Emirate that reaches similar conclusions, and details the group’s somewhat ambiguous ties to the al-Qaeda network.

It is possible that the Caucasus Emirate and similar groups would refrain from attacking the U.S. because doing so could be strategically disastrous. And some analysts will surely argue that we should ignore the statements and rhetoric put out by the Caucasus Emirate, and consider it to be nationalist at its core. (Many such analyses seem to urge us, without cause, to simply ignore the way these groups explain their own ideology and motivations.) 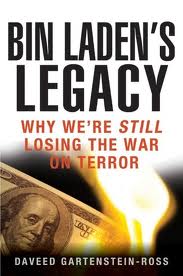 None of this is to suggest that the Caucasus Emirate, which denied involvement in the Boston bombings, is to blame. Rather, I want to point out that the construction of Chechen militants as purely nationalist ignores plenty of evidence to the contrary.

Daveed Gartenstein-Ross is a visiting research fellow at the International Centre for Counter-Terrorism in The Hague and a senior fellow at the Foundation for Defense of Democracies in Washington, D.C. He is the author or volume editor of 11 books and monographs, including “Bin Laden’s Legacy: Why We’re Still Losing the War on Terrorism” (2011) and “My Year Inside Radical Islam” (2007).