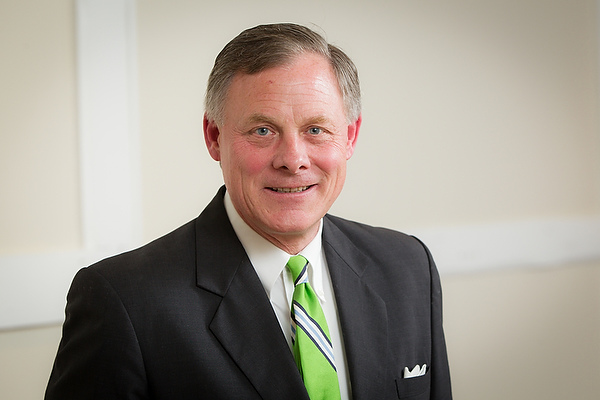 As with every elected official, it can be tempting to consider U.S. Sen. Richard Burr (’78) in policy terms. He’s the guy who streamlined bureaucracy to expedite medical care for millions of Americans, for example. But to get the real point, ask somebody across the allegedly impassable gulf of partisanship to describe what makes the lifelong Winston-Salem resident tick.

“Richard Burr is a champion for North Carolina in the U.S. Senate,” a former election opponent said in 2009. “Let there be no question in your mind. I can tell you from firsthand experience that nobody works harder or smarter than this guy does in Washington.” 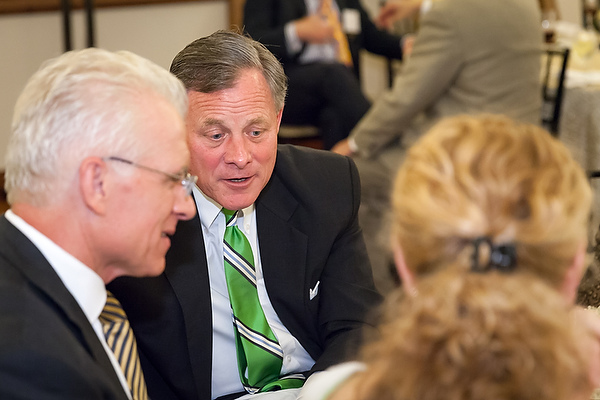 Those words came from Erskine Bowles, who lost the Senate race to Burr five years earlier, and they help explain the high regard the former communication major at Wake Forest enjoys in an era often defined by division. They also indicate where the student-turned-senator’s roots are. “The education and experiences I gained at Wake Forest prepared me for the rest of my life and set a foundation for service that has stuck with me ever since,” Burr said.

Burr has been persevering and winning over people for at least three decades. A defensive back on the Demon Deacon football team, he suffered a knee injury that cut short a promising 1975 season and knocked him out of action for all of 1976. In those days that kind of layoff almost always became permanent. Not in this case. Burr came back to play three games in 1977.

Upon graduation, Burr took a job with Carswell Distributing and worked his way from entry-level hire to national sales manager over 16 years before deciding to run for the U.S. House of Representatives in 1994. A man who would rather rake leaves in his Winston-Salem yard and hang out with constituents than embed himself in the capital came home to his district every weekend. 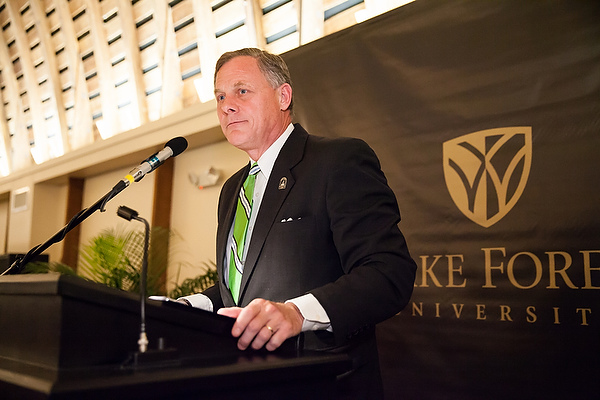 “The lessons of Pro Humanitate and the education and personal growth I experienced in the classroom, on the football field, and with friends and classmates surrounded by the magnolia trees,” Burr remarked, “have truly been a guiding force for me and have inspired me to a life of serving my state and my country.”

U.S. House Speaker John Boehner saluted Burr in a video tribute. “I can’t think of a finer individual to represent the good people of North Carolina in the United States Senate than Richard Burr,” said Boehner. “He represents the very best of Wake Forest.”