For four years Andrew Borum (’08) was a Wake Forest celebrity, even though you may not have recognized him.

That’s because his many moments of fame were spent inside the Demon Deacon mascot suit, cheering on crowds, posing for photos and boosting school spirit without ever uttering a word.

But Andrew’s “invisible celebrity” is about to become very visible. On July 18 he’ll appear as a contestant on “Hollywood Game Night,” a summer game/reality show (10 p.m. EST on NBC) hosted by actor Jane Lynch, who plays cheerleading coach Sue Sylvester on “Glee.”

“For whatever reason I always wanted to go on a game show or reality show, so I applied for several and this time it actually happened,” says Andrew, a business major from Greensboro, N.C., who is senior research manager for The Link Group, a consumer research consulting firm in Atlanta. After a lengthy process including application, phone and Skype interviews, he was flown out to LA for an audition. “I’ve always liked to be the center of attention and I’ve got a big personality.” 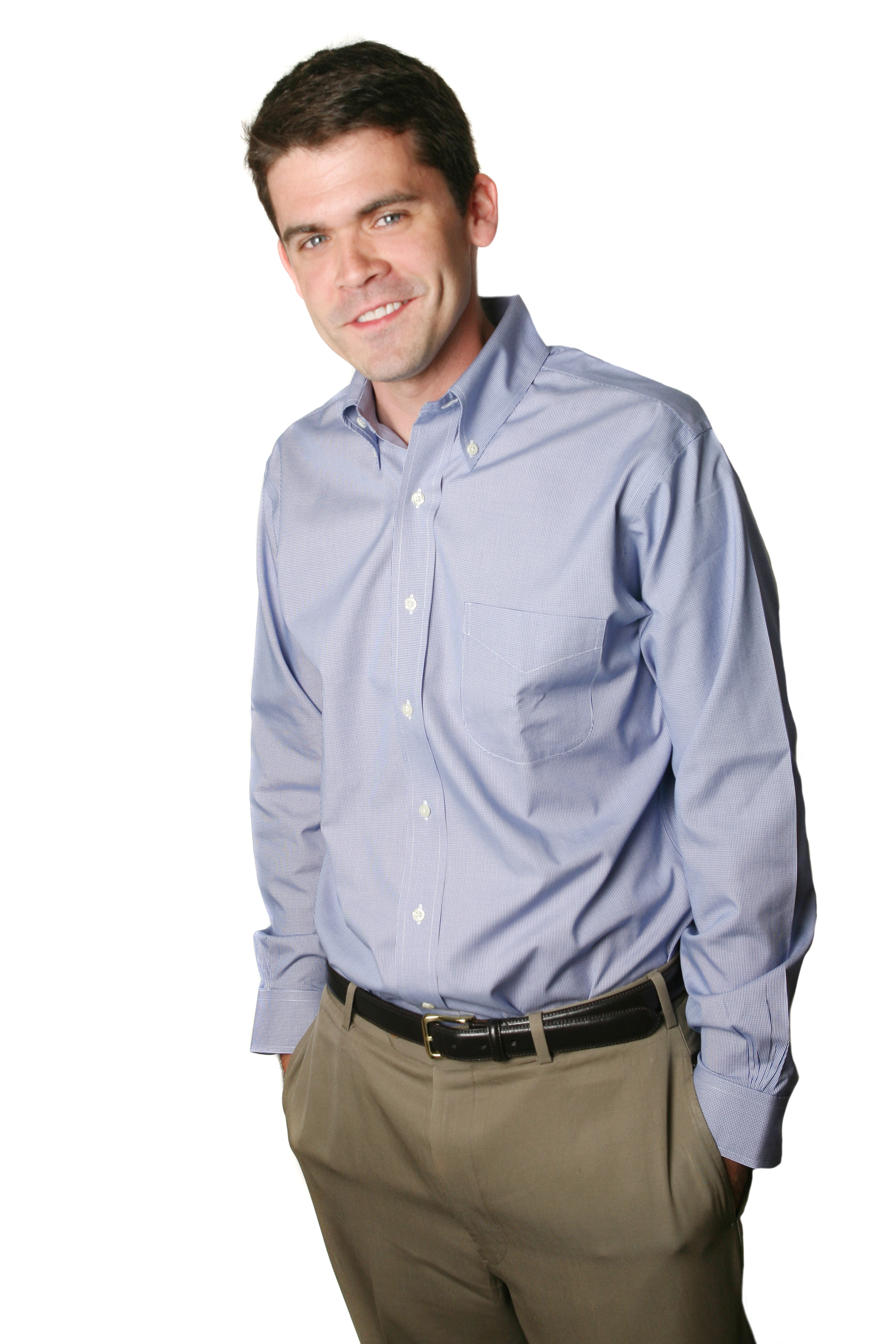 That big personality should blend well with those of his teammates: actors Valerie Bertinelli (“Hot in Cleveland”) and Yvette Nicole Brown (“Community”) and stand-up comedian Rob Riggle. Their team faces off against another — including celebrities Matthew Morrison (“Glee”), Cheryl Hines (“Suburgatory” and “Curb Your Enthusiasm”) and Sarah Chalke (“Scrubs”) — in a “house party/game night” set in a mansion in the Los Angeles hills. The teams play pop culture-based board games for a chance to win $25,000.

“It was kind of surreal,” Andrew says. “At first I was nervous and had no idea what to expect. Once I met the celebrities I kind of relaxed; we laughed, we danced, we played games. I was at ease with the cameras.”

While he can’t reveal the outcome of the show, which has already been taped, he can reveal how he came to be the Demon Deacon mascot. In his senior year of high school, his dad, alumnus Howard Borum (JD ’80, P ’08), took him to a Wake basketball game. He watched the Deacon working the crowd and said to his father, jokingly, “I’m going to do that.” 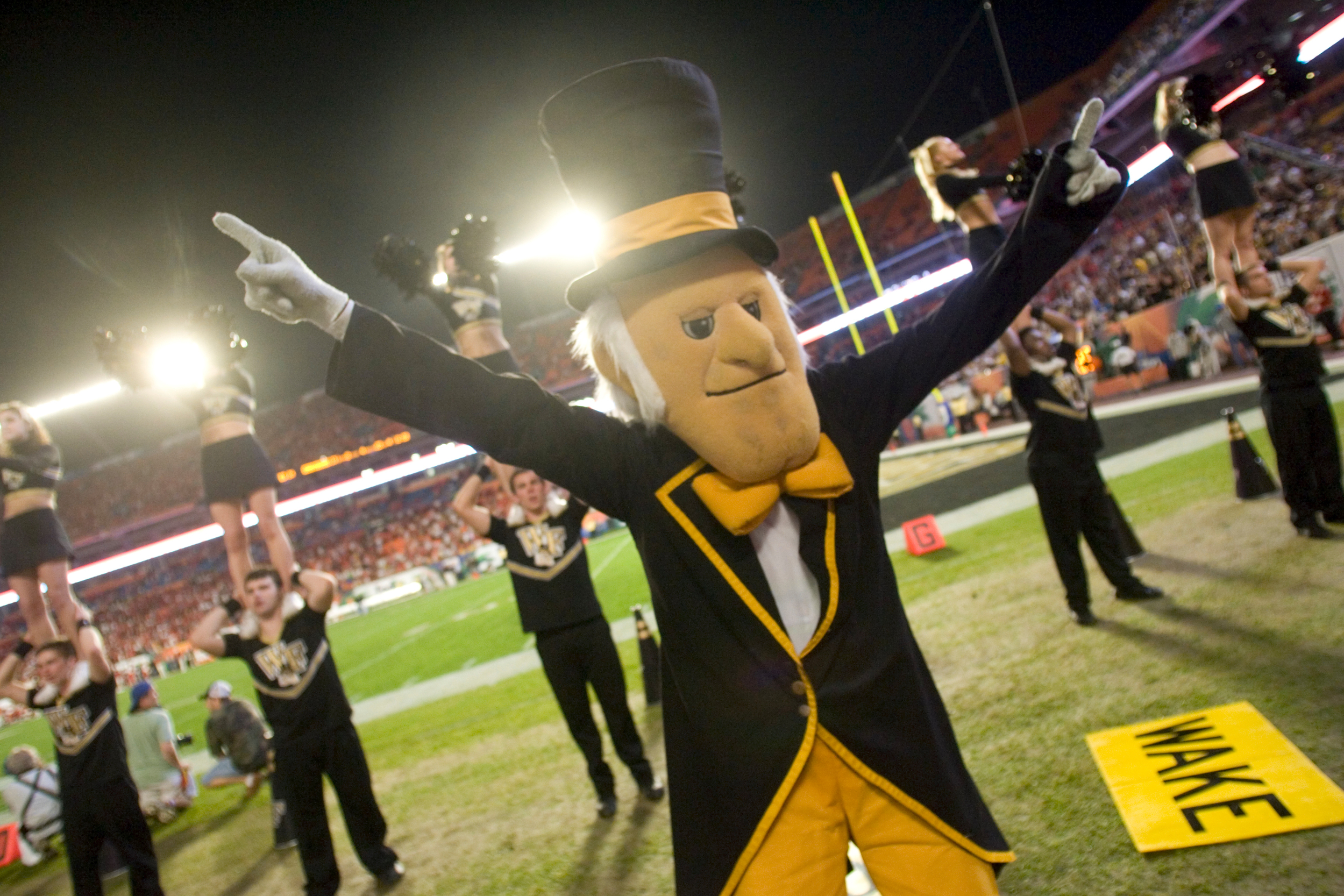 Andrew Borum, inside the Deacon suit, cranks up the 2007 Orange Bowl crowd.

A few weeks later Andrew attended an accepted-students fair and saw the Deacon making friends. He asked the silent mascot whom he should contact about tryouts, and the Deacon slipped him a piece of paper with the necessary information. As it turned out, tryouts were the next week, and Andrew’s “affinity for attention” got him a four-year gig. The highlight of his career as the Demon Deacon, he says, was appearing at the 2007 Orange Bowl.

“My end goal is to actually be a celebrity but I don’t know if that will happen,” says Andrew. Who knows? July 18 could be the day.