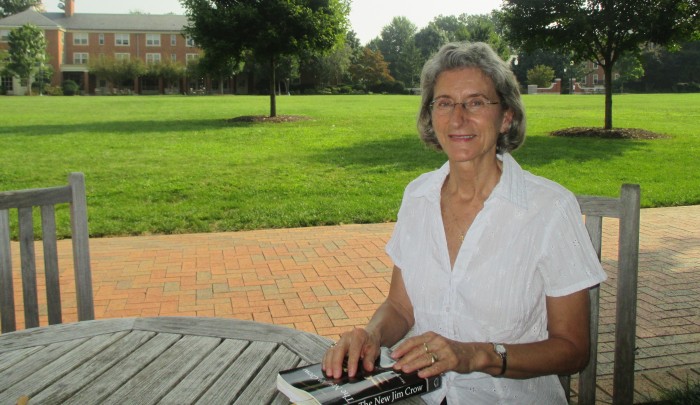 The Rev. Beth Pirkle Braxton (’66) received an unexpected gift when she was a freshman 50 years ago. It wasn’t a gift in the traditional sense, but it turned out to be one that changed her life.

“It was the seeds of Kenya,” said Braxton, whose summer mission trip in 1963 inspired her ongoing mission work there.

Although it would take nearly two decades for her to return to Kenya, the seeds had been planted. As she discerned her place in the ministry as a young pastor, she felt a call to return to Kenya. Since leading her first mission trip to Kenya in 1980, she’s taken a dozen church youth and adult groups to serve in an orphanage and school there, most recently last month on the 50th anniversary of her first trip.

“At this stage in my life, I can look back through the years … we don’t know all the places God is going to take us, but if we remain faithful, doors open,” said Braxton, 69, who retired two years ago as pastor of Burke Presbyterian Church in Burke, Va., outside Washington, D.C. “I followed what I felt God was calling me to do and be.”

Growing up in Atlanta during the early days of the civil rights movement, Beth Pirkle was drawn to service. She thought her calling was to be a medical missionary like her hero Albert Schweitzer, until a chemistry class at Wake Forest derailed her plan to become a doctor. She changed her major to religion, but still dreamed of serving in Africa. When Professor of Religion G. McLeod Bryan encouraged her to apply for a summer exchange program called Operation Crossroads Africa, she jumped at the chance.

Her father agreed to let her apply only after she assured him that freshmen were never selected for the program, which places American college students alongside young Africans to serve in various countries in Africa. But she was accepted and assigned to work in Uganda. Following flooding there, she was reassigned to Kenya, where she worked on farms alongside her Kenyan peers building barns, fences and pigsties. (Another Wake Forest student, Betty White (’63), also went to Kenya that summer with Crossroads Africa, but with a different group.) 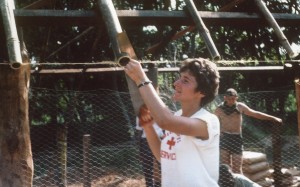 Building a barn in Kenya.

In Kenya, she found “the incredible gift of hospitality, the simplicity and richness of the earth, and the wisdom and love and energy” of the people, she said. She met the first president of the Republic of Kenya, Jomo Kenyatta, and a 15-year-old girl named Rachel Koigi, who became a cherished friend and years later inspired her return to Kenya.

Back at Wake Forest, she served as president of the African Student Program (which several years earlier had brought Ed Reynolds (’64) to Wake Forest as the University’s first black student) and as chair of the social action committee of the Baptist Student Union. In the summers, she worked at a Pennsylvania camp for children from inner-city New York neighborhoods.

She was increasingly drawn to urban ministry and she taught Sunday school in a mission church in a racially mixed neighborhood in downtown Winston-Salem. After reading the book “The Secular City,” she was so taken by author and Harvard divinity school professor Harvey Cox’s admonishment that to serve the poor you had to be present with the poor, she moved to that downtown neighborhood in the spring semester of her senior year in 1966. She recruited four other students — her future husband, Robert Braxton (’66); Elaine Clary (’66); Luana Green (’66); and Mike Bridges (’66) — to live with her in a rundown house on Patterson Avenue so they could minister to children and others in the neighborhood.

Following graduation, Braxton earned master’s degrees from Union Theological Seminary and Drew Theological School and a doctor of ministry from Virginia Theological Seminary. As an associate pastor at a Presbyterian church in Milburn, New Jersey, she led mission trips to repair houses in impoverished communities in several states. 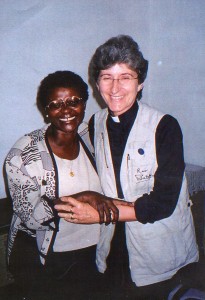 A letter from Rachel Koigi — the teenager she’d met years earlier on her first trip to Kenya — sparked Braxton’s desire to serve there again. After receiving Koigi’s letter explaining how difficult life was in her Kenyan village, Braxton organized a youth mission group from churches in the Newark Presbytery and returned to Kenya in 1980.

When she became pastor of Burke Presbyterian Church a few years later, she started a partnership with Kibwezi Bethel Church in Kenya. Every two or three years, she led month-long mission trips to serve in a vocational school and in an orphan-care program in Kibwezi, southeast of Nairobi.

For many years, Braxton’s teams helped build a vocational school campus from the ground up — building a classroom building one trip, a dormitory the next. “We were servants for what they needed us to do,” said Braxton, who was often accompanied by her husband, Bob, and by their son Peter on a couple of trips. In more recent years, they taught students at the school and trained teachers and students to use laptop computers donated by the One Lap Top per Child organization.

Since retiring two years ago, Braxton volunteers as a parish associate at New York Avenue Presbyterian Church in Washington, D.C. As chance would have it — she calls it providential — the church needed a volunteer at the last minute to lead a mission trip last month to, of all places, Kenya. She responded to the call to serve again. Beth and Bob Braxton and a dozen other adults and youth spent two weeks in Njoro, Kenya, working with orphans, many of whom had lost their parents to AIDS.

“Through the eyes of faith, every creature is a child of God,” said Beth Braxton, explaining what continues to draw her back to Kenya. “My heart has always been in mission. It all goes back to that 1963 Crossroads Africa trip.”