As the University undertakes its next capital campaign, the goal is to ensure that the distinctive nature of Wake Forest endures and flourishes. The vision for the college is that it will be recognized as the premier, face-to-face college experience preparing graduates to lead lives of purpose and connection. 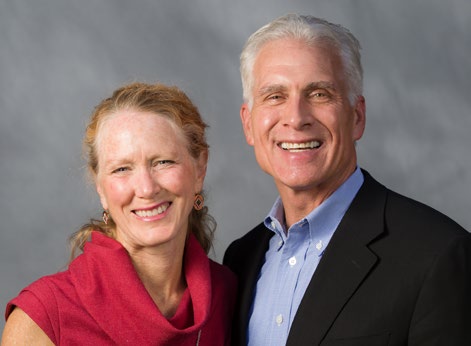 Donald E. “Don” Flow (MBA ’83) of Winston-Salem, president and CEO of Flow Automotive Cos., leads the effort, both as the chairman of the University Board of Trustees and chairman of the Campaign Cabinet. He spoke with Maria Henson (’82), associate vice president and editor-at-large, about his experience in his first year as chairman and his aspirations for the campaign. Following are condensed, edited excerpts from that conversation.

Why is now the right time to give to Wake Forest?

Wake Forest is at a critical time in its extraordinary history in that it carries with it an orientation toward learning that is clearly distinctive in higher education. There is the commitment to the formation of a person — enabling (people) to develop a level of coherence in a very fragmented world, to integrate their lives so that the things they care about and the things that they believe to be true are integrated into the kind of person they want to be in a setting of academic freedom. Piecing these dimensions together in a caring community — with an outward focus not of utilitarianism or narcissism but in a purposeful orientation of Pro Humanitate — forms actors in the world who leave Wake Forest not as spectators but as actors with clear direction and an animating spirit in how they want to live their lives. That is, if not unique, clearly distinctive among premier universities in America.

One would be investing in that which we need to preserve. Things that have distinguished any organization in the past, if we are not continuing to invest in them, lose their capacity to be relevant to the future. The second is there are always things we need to be doing that we need to be improving. Lastly, there are things we need to be innovating for the future that would extend us in ways that would reflect technology opportunities, new openings and spaces that may be global and geographic. All three of those are important as we look at a capital campaign.

What are some specific items?

We see those initiatives captured in the strategic plan. Investment in scholarships will enable Wake Forest to continue its historic commitment to access. This is particularly important when premier education is becoming more stratified in American society. Universities are great places of socialization and in a sense ‘de-classing’ America because of their historic roles of being a tremendous place of social mobility and enabling folks to develop empathy and understanding for different points of view and life experiences. 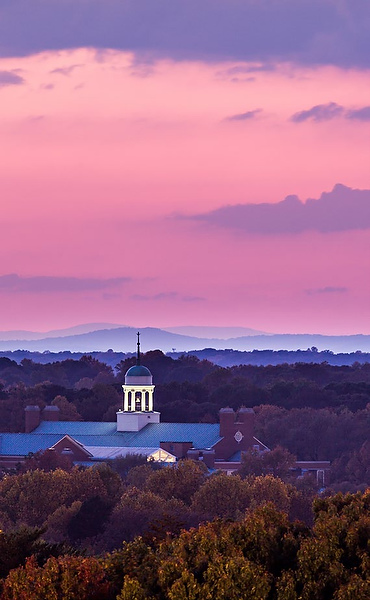 I think of the wonderful story that Ben Sutton (’80, JD ’83) has of coming to Wake Forest from an eastern North Carolina farm and his best friend is a person who grew up in The Dakota in New York City, which is where John Lennon (lived and died). The guy is Ted Laporte (’79, MBA ’83). These are two friends coming together from two completely different spaces of life. Ted’s life is richer for that, and Ben’s life is richer for that.

Second is the investment in teacher-scholars. In a sense we may say that the primary creators of Wake’s value and distinctiveness are our faculty. We compete in the market for talent, and we have to be able to attract, develop and retain great faculty members who commit institutionally to Wake Forest. Part of our history is faculty members who invested in the whole community, not just saying, “I have a commitment to my discipline,” but “I have a commitment to this institution.” In a world of professionals many times the loyalty is more to the profession than to the institution, but at Wake Forest our faculty members have a deep connection and loyalty to the institution.

What have you learned in your role as board chairman?

The governance of a university is more complex than other institutions. It has its own culture, and its authority is more diffuse. It requires tremendous communication and full engagement of all parties for the University to really move forward in dynamic ways. It’s not a top-down institution in any way. You’ve got this variety of voices; that’s what creates its vibrancy and openness.

Universities are different from for-profit organizations. Companies — for-profit — are market-driven and mission-disciplined. They have a certain mission and value structure and they have to go out and compete in the market day by day. Universities are first mission-driven, and then they are market-disciplined. They still have to live within a certain construct of market requirements, such as pricing, but first and foremost they are mission driven. So they have a level of permanence that few other organizations have here in the United States. That’s why they’re so important as cultural carriers. They carry whole histories with them and they’re repositories of that, but they don’t have to go out and shed divisions overnight to stay relevant in the market.

Third, for me: When things look bleak in the economy and it feels like there’s reason to be pessimistic, an extraordinary reminder is to go on a college campus and see the talent, gifts and character of young people. It’s to be reminded that there’s new life coming, new generations and new ideas that offer almost unimaginable potential for the future. During the heart of the recession I would go from time to time and sit on the Quad and be reminded that it’s not the end of the world. What feels like a precipice is really just a moment in time; there’s so much tremendous talent coming.

What does Pro Humanitate mean to you?

Pro Humanitate means “for the full flourishing of humanity in the world.” And the flourishing of the person requires this level of integration of life so that what we love, what we believe, who we are and what we do in a sense connect together and they’re not fragmented. It’s expressed in a life of giving and not a life of taking. All of us are consumers of the cultural capital created by previous generations. We have a choice to make in our lives. Do we just want to be the consumers of cultural capital, or are we going to be re-creators for the next generation? Sometimes that’s known as the generational contract. To me, Pro Humanitate is a moral call upon my life to replenish that cultural capital for the next generation.