For some, going in circles can be a route to finding themselves. Such was the case, literally, for Ryan Himmelsbach (’11), who traveled around the world — then bicycled across the USA — in back-to-back journeys of self-discovery.

Himmelsbach, a biology major from Pennsylvania who is a first-year student at Georgetown University School of Medicine, was studying in the rainforests of Peru on a Richter Scholarship when he met a French couple trekking around the world. By the beginning of his senior year at Wake Forest, he knew he wanted to make a similar trip before committing himself to further education. For a year after graduation he worked two jobs and saved money to make his dream come true. 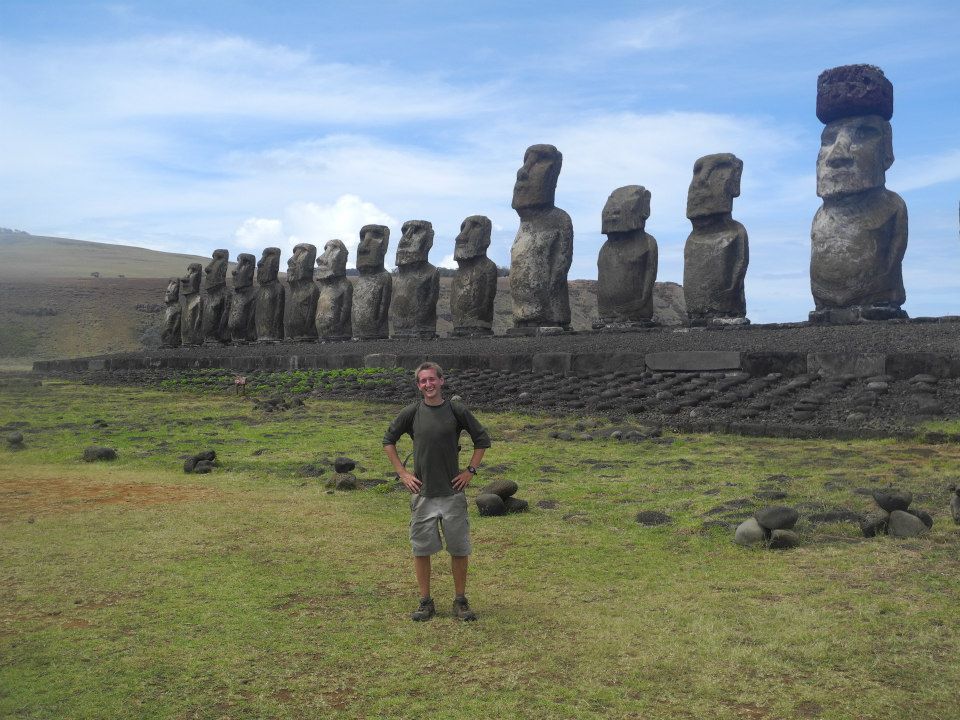 On Easter Island in the South Pacific, known for its extant momumental statues called ‘moai’

He began his backpacking journey in September 2012, starting in Europe then heading east to Asia, Australia and New Zealand, on to South America before a final stop in Panama on his way back to the USA. He completed his transglobal circle on May 1, 2013.

“I spent most of my time in Australia and New Zealand; my favorite spot was the Galapagos getting to see all the wild animals up close,” says Himmelsbach, who loves penguins and was able to see different varieties from Chile to Australia. He describes the remoteness of Easter Island (in the South Pacific) as “surreal” and says Prague, with its classic old-world charm, was his favorite city.

He met many kind and generous people on his journey. Traveling alone forced him to reach out to other people and encouraged other people to reach out to him. In China, where people would not leave his side until they were sure he had a map and adequate directions, an English-speaking young man whom he met on the train showed him around, then bought him a meal out of appreciation for their conversation. A Dutch couple, whom he met on a boat ride down the Amazon, treated him to a birthday dinner.

Having gone around the world, there was one more thing Himmelsbach and his well-exercised legs wanted to accomplish before he started med school: bicycling across the United States. The day he returned from his round-the-world journey, he did a “quick” 10-mile bike ride to test his endurance. Those test rides stretched to 20, then 40, miles, and by the end of May he was confident he could make the ride.

His parents dropped him and his 100-pound bike off in Yorktown, Va., at the head of the TransAmerica Trail, a cross-country bike route from Virginia to Oregon. He deviated from the trail at Pueblo, Colo., to see as many national parks as he could, then completed his six-week trip with a celebratory lift of his bike on the shore at Oceanside, Calif. There he met his parents and they drove back to Pennsylvania; four days later he started med school in Washington, D.C.

In addition to returning with more than 25,000 photos, Himmelsbach came home with a lifetime of memories of the journeys that changed him as a person. “I was blessed to have the opportunity; these trips made me appreciate the country I live in and the opportunities we do have in the United States,” he says. “The idea of traveling by yourself is very intimidating, especially when you’re in a place where you don’t know the language. Now I feel so much more confident.” 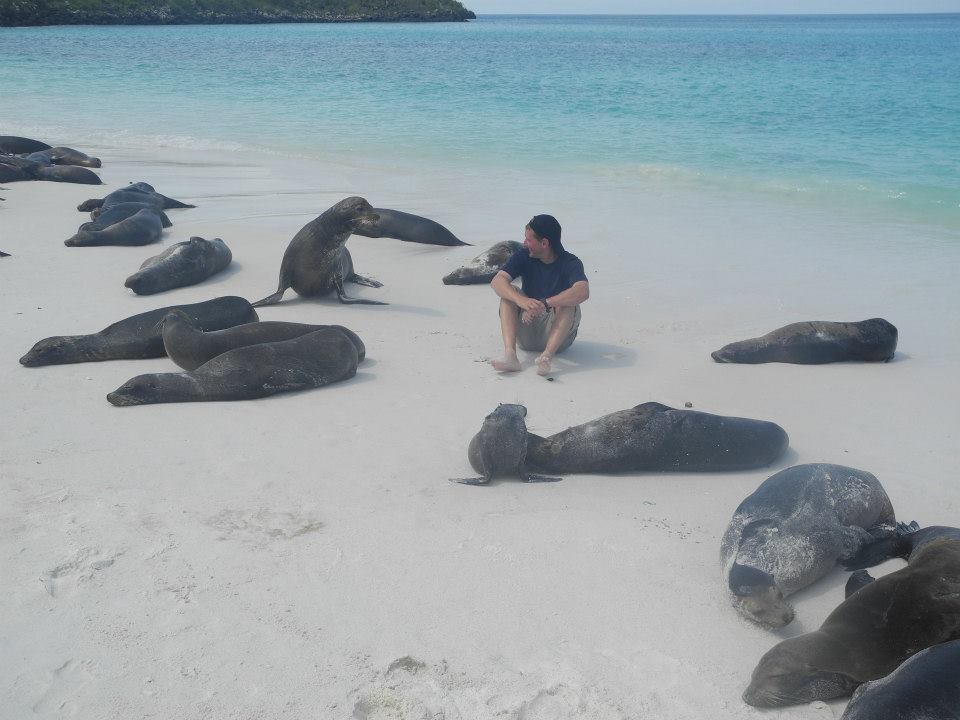 Making friends with wildlife on the shores of The Galapagos islands