For George Grove (’69), the singing of “Tom Dooley” every night is not just the repetition of a song — it’s a devotion to the concept known as The Kingston Trio.

The fabric of one of the nation’s most well-known folk/pop groups is woven throughout the life of this man who says music has always been his teacher and protector.

Grove, who grew up in Hickory, N.C., and played trumpet and piano by the time he was 4, was swept up in Triomania at age 9 after listening to one of his sister’s records. As a boy he taught himself the vocals and instrumentals to every song the group recorded. Little did he know that one day he would actually perform those songs as a member of the legendary trio, which he joined 38 years ago. 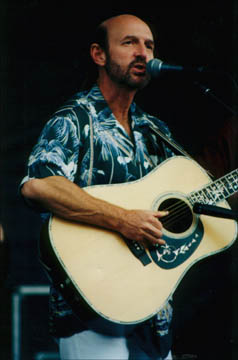 George Grove as a member of The Kingston Trio.

While attending Hickory High School Grove applied to several colleges and chose Wake Forest because one of his best friends, Graydon Eggers (’68), was already here. “As soon as I got there and saw the rolling hills and Georgian architecture I knew it was the right place for me,” says Grove, who lives in Las Vegas and travels with the trio some 30 weeks a year.

His father believed it would be difficult for him to make a living as a musician, so Grove initially pursued pre-med. But his Wake Forest mentor, Professor of Music Calvin Huber, and Huber’s wife, Bette, took the young performer under their wing, as did his piano teacher, Christopher Giles.

“Dr. Huber had an incredible sense of humor and he was just a touch on the genius side,” says Grove. “I was blessed to have great teachers, but he was at the top. He would say that when you go to college you should find joy in what you do. He created the environment for me to focus on who I was as a person and as a student.” After a couple of years Grove told his parents that his joy was in music, and he changed his major.

At Wake he formed a group named The Foresters with fellow students Jerry McDowell (’68), Pat Brown (’68) and Graydon Eggers. They bridged folk and rock and in the summer of 1967 played for American troops in Europe. “It was a way to let our music not be just a scholastic effort at Wake Forest but part of a collective effort of students who were taking our feelings about the music and the University out into the bigger world.” (The group is planning an April reunion in Denver to coincide with a Kingston Trio concert.)

In 1969 Grove graduated “with a diploma in one hand and a draft notice in the other,” so he decided to enlist — but the Navy, Marines and Air Force turned him down because of his eyesight. The Army, however, welcomed him with open arms and he enrolled in Officer Candidate School. During that time a shoulder injury changed the course of his military career, and he ultimately landed a position in the Army Band, where his music continued. 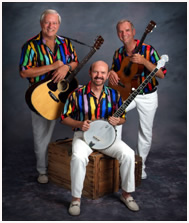 After the military it was on to Nashville, along with 10,000 others who wanted to be the next big star, says Grove. He played at the Grand Ole Opry and as a backup musician for several major stars. Then, in 1976, came the call that would change his life; Bob Shane, now the sole surviving original member of The Kingston Trio, invited him to audition. He joined the group on tour in Chicago and has been performing for 38 years, playing the banjo and guitar as well as singing.

The Kingston Trio took the American music scene by storm in 1957-58 with revived folk music with a comic twist; their version of “It Takes a Worried Man to Sing a Worried Song” was a hit single in 1959. The group’s emergence came on the heels of the McCarthy era, says Grove, and several artists such as Pete Seeger had been blackballed because of their politics at the time.

“The Trio came along and said, ‘We have our personal politics but we’re going to sublimate that’ and made the decision to be entertainers, singing songs as beautiful pieces of music and letting the audience infer what they may,” he says. “It was set in stone by that time that the Trio would be the entertainers and the party guys, and groups such as Peter, Paul and Mary would be the protestors.”

In addition to Grove, the current Kingston Trio includes Bill Zorn and Rick Dougherty. According to the official website they continue the group’s legacy with rave reviews and command performances.

As he recovers from surgery to replace the shoulder he first injured decades ago, Grove reflects on what Wake Forest means to him. “Not a day goes by that I don’t think about the lessons I learned from Dr. Calvin Huber. There’s a very real part of your heart that never leaves Wake Forest.” 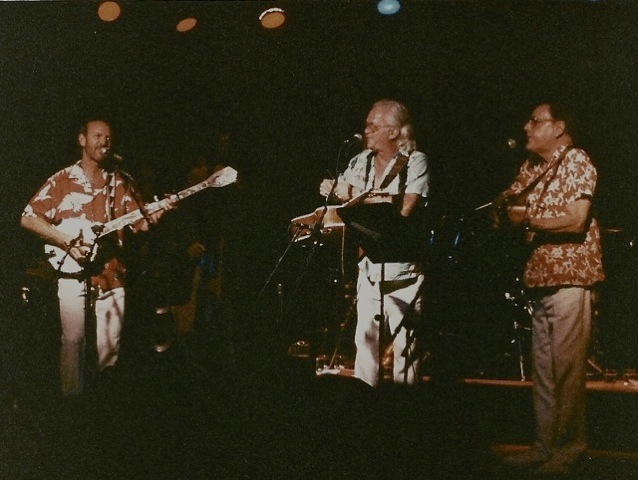