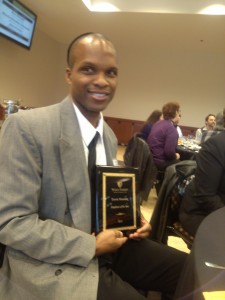 Travis Manning (’93) with his Employee of the Year award.

Books have always been important in the life of Travis Manning (’93).

An avid reader and writer, he was a young Wake Forest graduate struggling with profound questions about life and faith when, while on the job in the stacks of Z. Smith Reynolds Library, something said to him, “Turn around.” He did — and came face to face with a book that helped him find the answers he was looking for. Its title? “The Guide for the Perplexed” by Rabbi Moshe ben Maimon.

“It made things clearer to me,” said Manning, circulation manager in the ZSR who grew up in North Carolina and at one point in his life was a licensed Baptist minister with plans to attend divinity school. But in 1998, after much reading and soul-searching, he converted to Judaism and pursued the study of Hebrew.

“The way that I wanted to live my life wasn’t meshing with what I was taught,” he said. “It was the most difficult decision I had to make but I felt like if I were being honest with myself I could not be in the ministry and tell people things I didn’t necessarily agree with.” 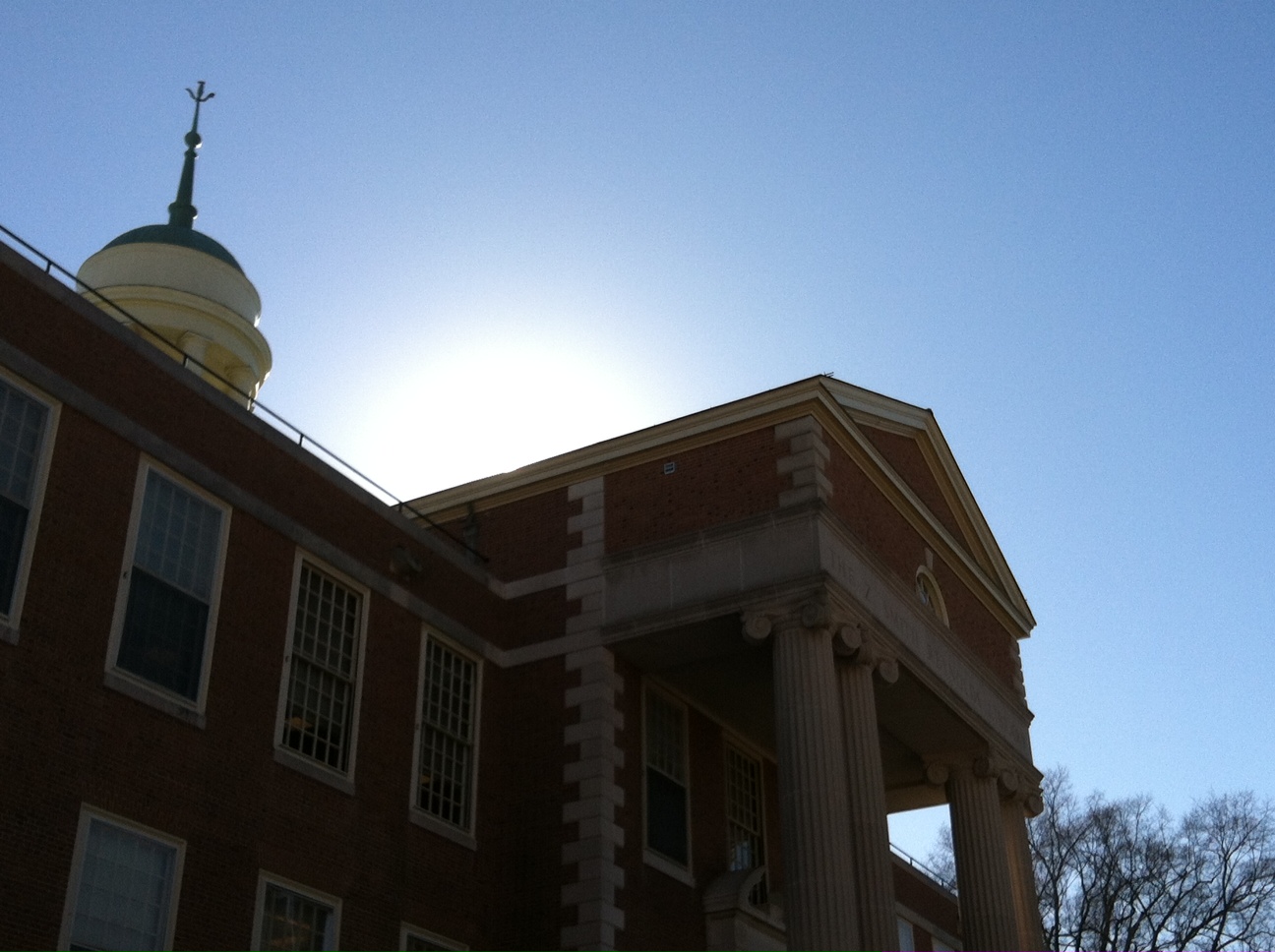 Manning found his way to Wake Forest from Shelby, where he had been president of student government as a high school senior. He was invited to attend Boys’ State, at the time held on the Wake campus, and said that when he arrived it felt like home. Teachers and mentors urged him to apply, and he enrolled in 1989. As a freshman he walked on to Coach Bill Dooley’s football squad; after a concussion almost left him paralyzed he decided his gridiron career was over.

“Things happen that allow you to rethink the path you want to take,” said the soft-spoken Manning, who planned to major in business but “saw the light” after his accident and changed his major to religion.

While a student he worked in the ZSR library his freshman year, interacting with students, teaching them effective work and communication habits and learning from them along the way. He enjoyed his work so much that after graduation he worked in the library for six years — leaving, then returning to his current position as circulation manager in 2009.

Last fall Manning was honored as a 2013 Employee of the Year in recognition of his commitment to integrity, inclusion, excellence and Pro Humanitate. His service to students, staff and faculty includes the innovative ZSR Renews program, in which he travels to faculty offices and renews their books on-site. The program saves time, effort and a lot of overdue books, he said, since many faculty have 70-100 books in their office at one time.

“Travis takes his responsibilities seriously to create an inclusive and supportive environment that helps all of the students he supervises feel a part of the team,” read his nomination. “He provides exceptional service and serves as an example to the students who work with him, allowing his good attitude to have impacts beyond his own actions.”

Working at the library has been a blessing, said Manning, because it allows him the freedom to study, learn from students and to think about what’s really important. As a single father of three daughters, he appreciates Wake Forest’s — and the library’s — supportive family atmosphere. “If you are serious about what you do, people will take notice and always be willing to help,” he said.

In addition to reading and studying, Manning loves to sing and dance and has written his first book. His dream is to teach Hebrew. “I’d like to take that knowledge I have about Hebrew and share it with people so they can have a deeper understanding about what the Bible really says, and by doing that affect their lives and how they treat other people,” he said.