In 1947 novelist Vladimir Nabokov found a yellow vase with blue flowers on his desk at Wellesley. A former student recalls how he strode to the blackboard and wrote, “Yellow blue vase.” “That is almost ‘I love you’ in Russian,” he remarked: ya lyublu vas. “That’s probably the most important phrase I will teach you.” 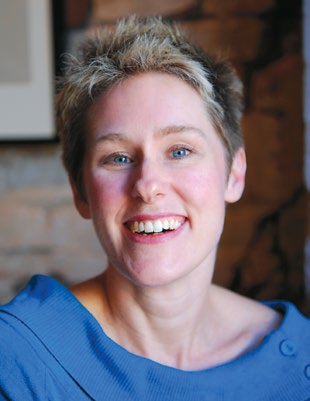 Wake Forest taught me education only happens by dint of surprise. I take no pleasure in admitting this. In fact, it incites me to grandiose grumbling when that precept proves, once again, true. After all, what rational person would yoke themselves to a process whose outcomes didn’t map at least approximately to their expectations?

Wake Forest turned out to be deeply surprising. I came to Wake upon receiving a Carswell scholarship. During scholarship interviews I was asked  — after a preamble denouncing censorship — to choose a book “worthy” of banning. I panicked and banned “Lolita” by Vladimir Nabokov, a book I’d never read, on the grounds that its very literary quality made pedophilia more seductive. Nice try, Sherlock! Guiltily I bought “Lolita” and concluded that I’d sooner open a fresh hole in my head than ban it. Whatever “Lolita” is about — the rueful, shambling comedy of aging; an old-world European’s bewilderment at America; how love infinitely recedes from its object, its hopeless nimbus — it’s only glancingly related to pedophilia. It’d be a shame to withdraw this book from the world.

History professor James Barefield taught a marvelous, surprising class. Instead of a poker-faced recital of wars and treaties, he fed us period literature — say, a courtier’s diary of pre-revolutionary excesses of King Louis XIV. Jim’s approach to history was dishy, clever, unvarnished: a smashing way to enliven the subject. It imprinted in my memory as surely as Nabokov’s pronouncement to his students about a yellow blue vase.

About that vase: the strange anecdote above comes from my book “ROY G. BIV: An Exceedingly Surprising Book About Color.” Even though the book appears years after graduation now I realize: the same zest for creative leaps Wake taught me also prompted me to write this unconventional book about color. To begin with the obvious, its earliest readers are Wake grads: my friend Joy Goodwin (’95) and my husband Seth Brodsky (’97). But the sensibility runs deeper than that. In “ROY G. BIV” I take readers on a tour of color’s meanings (following the order of the colors of the rainbow, hence the mnemonic title). I hope to tantalize readers with questions like: why are barns red? Why isn’t brown in the rainbow? And what’s the average color of the universe? Asking outlandish-seeming questions about a topic, roving between disciplines, letting your curiosity run cheerfully free: this bravery of intellect was almost quotidian among my Wake friends and professors, much rarer in subsequent life.

So what might Wake Forest’s colors, “old gold and black,” signify? An 1893 account in The Student, Wake’s literary magazine, suggests the colors stem from an early football mascot, a tiger. While Ed Wilson’s (’43) excellent film “The Essence of Wake Forest” does not discuss the school colors, Ed does distill Wake’s charm into two qualities: friendliness and honor. In the spirit of creative leaps, then, I will take Ed’s cue and invent my own interpretation of “old gold and black” as symbolizing two poles: fecundity and laughter.

Black stands for fecundity. The Uruk people of Iraq see black as signifying both ripe fruit and well-watered, arable land — a sensible response by desert-dwellers. Meanwhile, in northwestern Africa, young women don a black dress after seven days of marriage. As French ethnographer Anne Varichon explains, “The color of fertile soil, this garment bears witness to her transformation and her dreams.” Wake offers intellectual fecundity in the same vein: opened up by a simple surprise like water, transformative, dreamlike and unexpected in its effects.

As for “old gold,” “ROY G. BIV’s” yellow chapter explores saffron, an intensely golden dye derived from a purple, impossibly fragile flower. Saffron requires meticulous handling during harvest: the stigma threads must be picked by hand, placed into straw (not nylon or plastic) baskets, then painstakingly dried. (Much like education, in fact: so impervious to mechanization or hurrying-up.) Saffron was so prized that rumors sprang up as to its powers: for instance, Restoration-era medicine in Britain held that too much saffron could cause a murderous fit of giggles. My best educational moments at Wake were similarly tinted with laughter, irreverence, a giddy feeling of cosmicomedy. If Wake is rooted in black’s fecundity, then laughter is its golden blossoms — freshly cut, one imagines, in Nabokov’s yellow blue vase.

Jude Stewart (’96) writes about design and culture for Slate, The Believer, Fast Company and Print among others. Her first book, “ROY G. BIV: An Exceedingly Surprising Book About Color” is out now from Bloomsbury.