Everyone has a story to tell, whether she is a lifelong U.S. citizen or a recent immigrant. We are a nation of immigrants, and everyone shares a history of movement. Thinking about how people came here 100, 200 years ago makes you think about immigrants’ stories today. Is what immigrants are doing now, coming to the United States for better job opportunities or family reunification, similar to what your family did years ago? It’s not just about an immigrant coming from Italy or Mexico to the United States. It’s also about the eighth-generation American who has never left home but can trace back her own family history and the story that brought her family to the United States. You can’t say ‘I’m just from Winston-Salem, I don’t have a story to tell.’ Everyone’s story is worth sharing. The New York 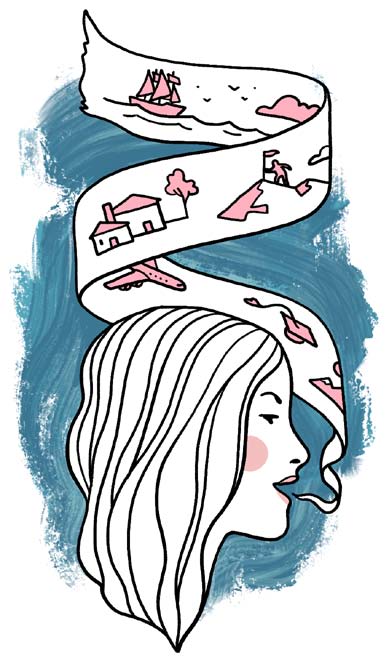 Times reported recently that telling family stories makes all members happier and more confident. It reinforces family values and creates shared memories (the hokier the better). Take the time to ask: Where are you from? Where is home? Why and when did you move? Everyone loves to share stories about family, roots and traditions.

Von Burg launched the “Where Are You From?” project (whereareyoufromproject.org) in 2011. She and her students ask immigrants and U.S. citizens to tell their life story to better understand mobility and immigration. She is a native of Italy.

Despite cultural beliefs that parenthood improves the health and happiness of adults, studies in the United States indicate that parents report significantly lower levels of emotional well-being than nonparents. I’m not saying you should avoid having children; there are 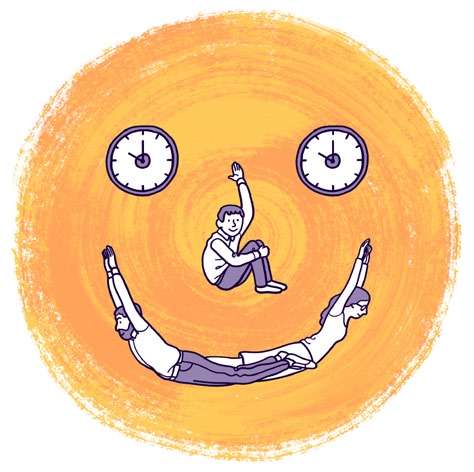 many rewards associated with having kids. But parents are exposed to a number of stressors — such as time and energy demands, difficulties combining paid work and family responsibilities, concerns about child and health care and financial stress — which undermine their emotional well-being. In an NSF funded project, we find that the ‘parental status happiness gap’ is greater in the United States than in 21 other countries in our sample (including Canada, England, France, Italy and Sweden). Many economically advanced societies have generous family policies — paid parental leave, flexible work hours, publicly funded child care and universal education and health care — which reduce the stress associated with parenthood. We also find that flextime is more important for parental happiness than any other parental policy; having time off allows mothers and fathers to more easily balance work and family responsibilities. The United States should develop family-friendly policies to reduce the costs and increase the emotional benefits of having kids.

Simon studies the impact of parenthood on adults’ mental health. Her research shows that American parents are not happier than their childless peers and that the gap in happiness between parents and nonparents is greater in the United States than in other economically advanced countries. She has two children.

Math is all around you, in so many things that you already love; you just don’t realize that it’s math. Math is not just adding and multiplying; that’s arithmetic. Math is searching for patterns and explaining why things are true. Something as simple as soap bubbles contain the very answer as to why math is beautiful. Soap bubbles solve a math problem; they’re round, elastic and have air trapped inside them. Like a stretched rubber band, they want to shrink and be small, but they can’t because of the air trapped inside them, so they find the least possible surface area to enclose that air, which is a sphere. Math is everywhere in nature. Fibonacci’s numbers are revealed in the 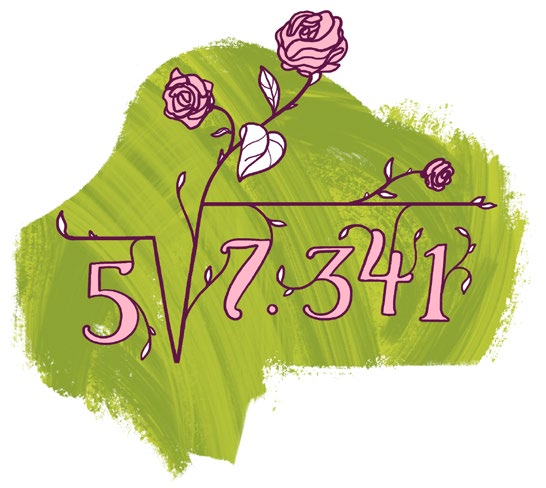 shape of a pinecone, the seeds of a sunflower, the petals of a rose and the shell of a nautilus. If you play chess or checkers or, more likely these days, fantasy football, you’re using math because you’re looking for patterns, predicting what your opponent is going to do. You don’t realize it when you’re untangling an extension cord, but you’re using knot theory. Oncologists are beginning to use knot theory to figure out how to untangle the ‘bad’ DNA strands from the good ones. Math is already beautiful; you just have to recognize it all around you.

Howards, an expert in knot theory, won the University’s Reid-Doyle Prize for Excellence in Teaching in 2004 and the Distinguished Teaching Award of the Southeastern Section of the Mathematical Association of America in 2009.

Be dangerous. To be rhetorically savvy in a boisterous information society, you have to be just slightly odd to get someone’s attention. You 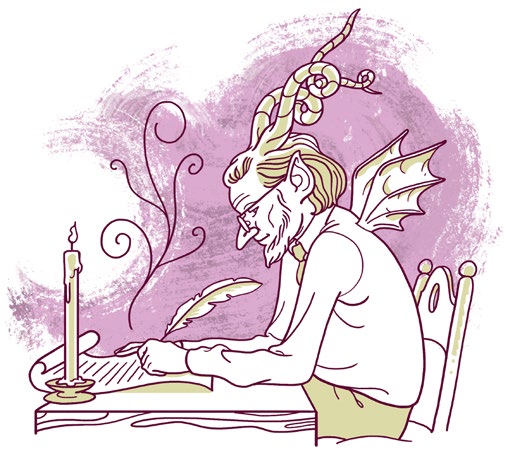 should know the rules, like what a sentence fragment is, but a good writer knows when she can break them. Like this. Read authors who play with language. Then go play with language. I’ve researched a variety of different ways to write strange composition, but you might simply start with four that the great Roman rhetorician Quintilian explored: addition, omission, transposition and substitution. Try adding something in — like an interjection! — that wouldn’t naturally be there. . Replace a word with another word, swap something around, and you’re on your way to more interesting prose — either that or a train wreck. These simple, formal moves are useful tactics in a culture that values novelty. Addition works in composition the same way it does with a hat on a duck or a bearded lady. James Joyce, Mark Twain and our own Maya Angelou each knew how to turn a phrase into a magical thing. You can too with a bit of finagling. Recognize a pattern, then break it thoughtfully. I wrote the longest dissertation ever, ever, ever, ever, ever, ever, ever. How will you stand out?

Salamanders are a ‘bellwether’ organism, the most common vertebrate in any given area of woods and one that is especially susceptible to man-made disturbances (logging and development) and natural disturbances (drought, floods, climate change, acid rain and introduced pests from Europe). What happens to organisms when their natural habitats are disturbed and how quickly do they recover? Salamanders play an important role in the ecosystem and are a good indicator of what’s happening in a forest and stream. As forests become fragmented and change, salamanders can disappear quickly. Salamanders are a very important component of the food 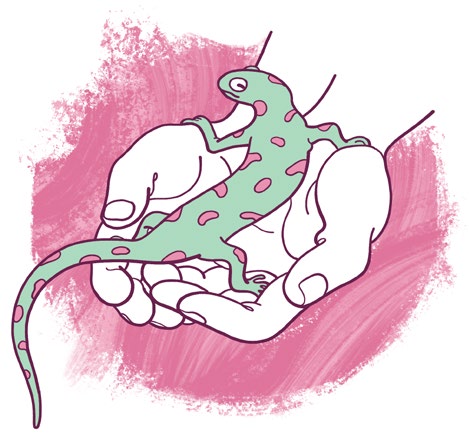 chain, playing key roles in determining which organisms live in streams. We can protect our streams by keeping a natural buffer zone around streams and avoid using chemicals and fertilizers that would contaminate the watershed. A riparian buffer zone is incredibly important to prevent erosion, absorb silt and chemicals from lawns and farms, and promote tree growth to provide shade to keep streams cool. Without it, salamanders and many other species face drastic declines and can disappear altogether, leaving a barren muddy drainage ditch rather than a gurgling brook full of life.

Browne has researched the evolution and ecology of more than 25 species including salamanders and, most recently, flightless beetles, around the world. 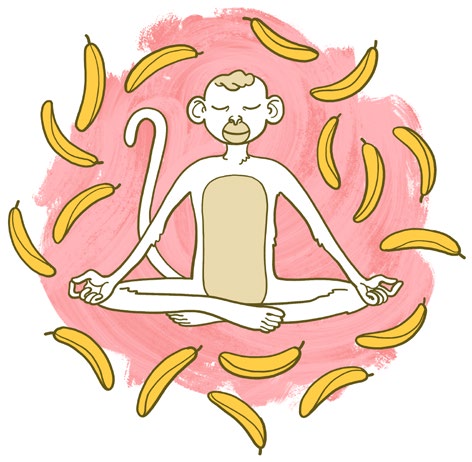 Self-restraint requires three things. First, you need a goal. What exactly are you resisting and toward what end? Inspire yourself. Have a compelling reason not to indulge. The more you care, the more likely you are to resist. Second, you need to monitor what you’re doing. To stop unwanted behaviors, you need to know when they occur. Weigh yourself every morning. Tally daily purchases. Simply keeping track of your behavior can greatly improve self-control. Third, you need willpower. Self-control is taxing and unpleasant. It involves a vigorous inner struggle for benefits that are usually not seen until much later. Hence, people can muster only so much restraint in any given day. Successful people appreciate this limitation on willpower and act accordingly. They rely on habit and routine, so that mental energy can be conserved for only the most important situations. They take care of their bodies so that their physical and mental energy are high. And knowing how weak the will can be, they try to avoid exposing themselves to temptation in the first place. Thus, to resist temptation, you need to be motivated, vigilant and a good manager of your willpower.

Masicampo’s research on the psychology behind resisting temptation, making difficult decisions and reaching goals can be applied to everything from dieting to establishing a fitness routine to developing better study habits. 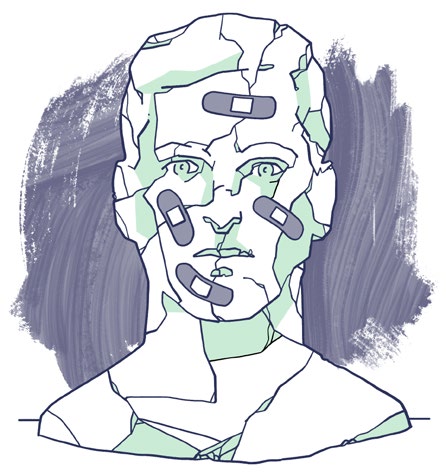 It starts with the apology. We tend to be a fairly forgiving culture if someone sincerely apologizes. The problem with the modern apology is that people perform the ritual and say the right words just to get out of the hot spot. To falsely claim to be sorry violates the core principle of the ritual. The second modern problem is using the ‘if’ apology: if what I did offended you, I’m sorry. That approach makes the bad behavior the other person’s problem because of how they responded, not because of what you did. Lance Armstrong, after years of denying drug use, finally admits it, sort of, even as he’s offering disparaging motives for people who outed him. If you don’t step up and perform the ritual, we can’t let you out of the (reputation) jail. Roger Clemens has denied using steroids and has been hounded; Andy Pettitte fessed up and was given a pass. And you have to promise to never do it again and you have to keep to that. Eliot Spitzer came clean after his scandal: ‘I did it and I’m sorry,’ and walked away in shame; five years later, he’s been rehabilitated, even if not elected. Anthony Weiner continued his bad behavior. You’re supposed to learn something and not repeat your mistake. Otherwise, people begin to see a pattern and see you, your character, as the mistake. The apology allows us to hopefully begin again.

Llewellyn is a rhetoric scholar who studies political communication, organizational rhetoric and rhetorical criticism. His critiques of speeches and the public apologies of politicians, athletes and other public figures are frequently featured in the news media.

Social media platforms like Facebook and YouTube seem like powerful tools for change. They help activists spread awareness, create networks of solidarity and mobilize people quickly and efficiently. Thousands of people can ‘like’ a campaign within 24 hours. That’s really appealing, but it’s often quite shallow and it can detract attention from efforts that could be more useful, effective and sustainable. This form of superficial and lazy activism is called ‘slacktivism.’ It makes people feel good about themselves as they show off to their friends, even when their actions don’t really do anything for the cause. The KONY 2012 video is a great example. A snazzy social media presence, a slick video or a high-profile celebrity can encourage massive support, but they 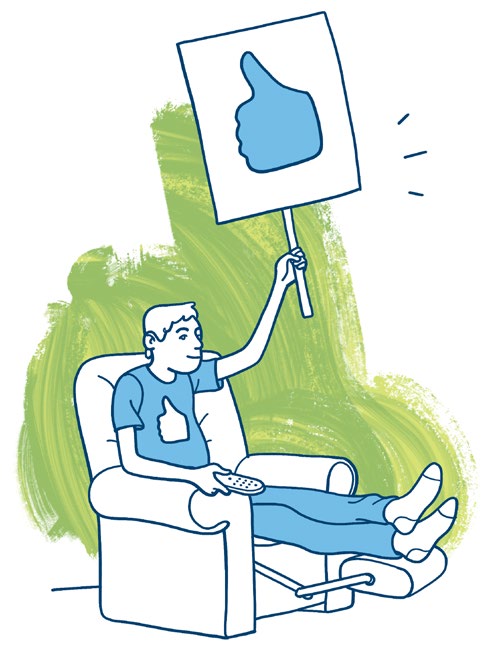 can also divert attention from the most important questions, like ‘What is the root of this issue?’ and ‘Is this really the best way to solve the problem?’ We need to ensure that giving is less about us and the image we can project to our friends, and more about those people in the world who really need support. Does a hungry child really care if you ‘like’ a Facebook page?

Friederic, a cultural anthropologist, specializes in human rights, global health, gender, violence and inequality. She teaches a first-year seminar, “Save the World in One Click: Human Rights and Humanitarianism in The Facebook Era.” She is the co-founder of a nonprofit organization, The Minga Foundation, which supports healthcare in Ecuador, clean water in Uganda and education in Malawi.