The Jamaican bobsled team hasn’t attracted this much attention since its improbable debut as the ultimate underdogs at the 1988 Winter Olympics inspired the movie “Cool Runnings.”

Twenty-six years later, a Jamaican team that bills itself as “the hottest thing on ice,” is heading to the Sochi Olympics, which begins Feb. 7, with a little help from two Wake Forest alumni and fans around the world.

Lincoln Wheeler (’10), a self-described Winter Olympics fan, and James Beshara (’08), co-founder and CEO of the crowdfunding site Crowdtilt, started a fundraising campaign in mid-January to support the team. Under the banner “Help the Jamaican Bobsled team get to Sochi!,” the campaign raised nearly $130,000 in just a few days. Will the 2014 Jamaican team inspire fans today as the 1988 team did, perhaps sparking a “Cool Runnings” sequel?

“Unlike many online fundraising campaigns, this one wasn’t started by someone related to the cause — just a fan who thought that social fundraising could help out a team that many fell in love with thanks to ‘Cool Runnings,’” reported USA Today. 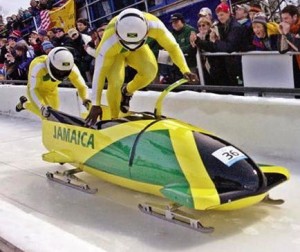 That fan would be Wheeler, a Washington, D.C.-based consultant, who was only a few months old when Jamaica competed for the first time in the bobsled competition in the 1988 Calgary Olympics. The team’s hard-luck story, lack of money and the sheer novelty of a team from a tropical island competing in the Winter Olympics warmed fans’ hearts.

“Cool Runnings” has been Wheeler’s favorite sports movie as long as he can remember. “It’s the best feel-good movie of all time, extremely popular with my generation, and my parents’ generation,” said Wheeler, who estimates he’s seen the movie 20 times. “It’s such a heartwarming story that pulls at all the emotional strings. It’s a bunch of underdogs putting on a hell of a show.”

Childhood memories came racing back when Wheeler read on the sports website Deadspin on Jan. 18 that the Jamaican two-man team had qualified for the Sochi Olympics. News outlets including The New York Times, Sports Illustrated, USA Today and CNBC heralded the Jamaicans’ return to the ice after missing the 2006 and 2010 games. Deadspin went so far as to call it the “Olympics’ best story.” But there was a catch: money.

The Jamaican Olympic Committee is covering the team’s travel costs, but bobsled pilot Winston Watts — who came out of retirement after finishing 28th at the 2002 Salt Lake City games — is covering many of the other costs himself and even set up a PayPal account soliciting donations. Watts told the Associated Press that the team still needed about $80,000 to cover everything from equipment to training costs at its facility in Evanston, Wyo.

The story appealed to Wheeler’s love of sports and his sense of fairness. He immediately contacted his Sigma Chi fraternity brother Beshara, and they launched a crowd-funding initiative on Crowdtilt. “Every qualifying country should have the opportunity to compete, and cost should not be a prohibiting factor for the athletes and the fans they represent,” Wheeler said. “As fans we often feel isolated from our athletes, but in this instance we were able to influence a significant outcome through many small contributions.” 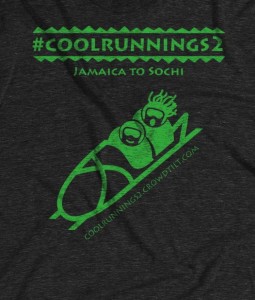 Donors who gave $50 or more received this special t-shirt.

The campaign exploded on social media and attracted nationwide attention. ESPN and CBS Sports picked up the story and quoted Wheeler.

Devon Harris, a member of the original “Cool Runnings” team, jumped on board to give the campaign more credibility. “Let me take a minute to say a big thank you to all the friends and well wishers of the Jamaica bobsleigh team,” Harris wrote. “We are grateful for your overwhelming show of support.”

The campaign surpassed its $80,000 goal in only three days with more than $129,000 in contributions, ranging from $1 to $2,000 (including $30,000 from a separate campaign through the Dogecoin digital currency community). It was the fastest that amount of money had ever been raised on Crowdtilt, said Crowdtilt Community Manager Mary Yap. Nearly 3,000 people, from all 50 states and 52 countries, made contributions. (Any funds not spent by this year’s team will be used to support the team in the future.)

“I love seeing a few Deacs rally the entire Internet around something like this in just two or three days,” said Beshara, who founded the San Francisco-based Crowdtilt in 2012. He visited Wake Forest in December to teach a class on entrepreneurship and talk with faculty and students about launching startup companies.

Wheeler, a native of San Francisco who majored in political science at Wake Forest, is a consultant with Deloitte Consulting. Much of his time is spent working with the World Bank and the U.S. Agency for International Development in places such as South Sudan, Uganda and Ethiopia.

He’s never been to Russia or Jamaica. Although he joked about going to Jamaica to watch the bobsled competition, he’ll more likely be at home cheering on two guys he’s never met as they race down the track at the Sanki Sliding Centre. But he’ll have to wait awhile: bobsled is the last competition to begin at Sochi, starting Feb. 16. “The Jamaican bobsled team will be the only non-U.S. team I will be rooting for,” he told ESPN.