To graduate from high school Lauren Gaston (’09) was required to take a theatre class. She had the option of performing a monologue or designing costumes for the play of her choice.

She loved to draw and didn’t enjoy talking in front of groups, so the choice was simple — and life-changing. Costume renderings for “The Wizard of Oz” and her journey as a rising star in the world of costume design had begun. 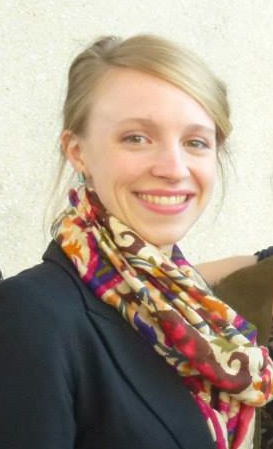 “One thing that drew me to Wake Forest was the interpersonal relationships with professors I observed from visits and interviews,” said Gaston, whose hometown is Houston, Texas. She was a Presidential Scholar in costume design and keeps in touch with faculty mentors including John Friedenberg, Mary Wayne-Thomas, Cindy Gendrich and Lisa Weller, director of the Wake Forest Theatre costume shop. “I recently saw three professors at a theatre conference; we all went out to dinner and caught up — they are still forces that influence me.” 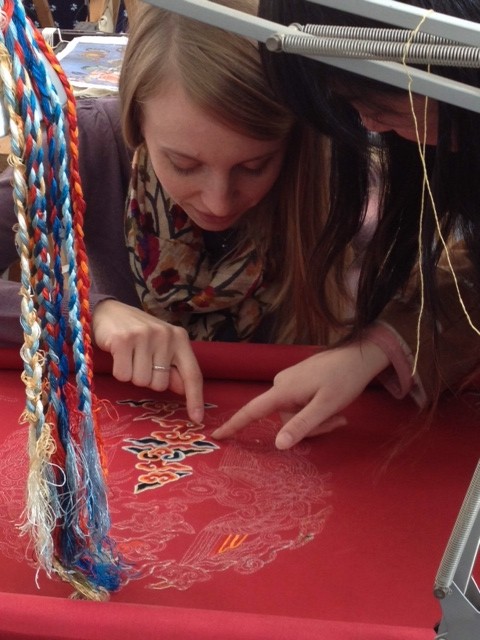 Two productions that stand out from her student days are “All My Sons,” for which she was selected to design costumes in her senior year — an opportunity not typical for students, and “Wings,” in which she performed. “The Wake Forest Theatre requires students to wear many hats: act, direct, design and work in the shop, to name a few. Understanding all elements of the production process gave me options but also clarity in deciding what to do with my degree.”

In the nearly five years since she graduated from Wake Forest, Gaston has traveled extensively. She worked for La Musica Lirica, a traveling opera company in Italy, after receiving the top prize in a competition sponsored by the Southeastern Theatre Conference. She worked in New York City for the Metropolitan Opera for two seasons, then last summer on a production of “The Merry Widow” in Brazil. Currently she’s in Kansas City, Mo., completing a master of fine arts degree in costume design and technology at the University of Missouri-Kansas City and designing for Kansas City Repertory Theatre. Recipient of the 2013 USITT Student International Travel Grant, Gaston traveled to Hong Kong to assistant-design a Cantonese opera called “The Monkey King and the Skeleton Demons.” She was charged with designs for the skeleton demons.

Gaston, who is currently designing costumes for the Kansas City Rep’s production of “Romeo and Juliet,” was always passively interested in fashion design but was more interested in costume design. “Fashion is trend forecasting,” she said, “costume design involves digging into a moment in time much like an anthropologist would. Great design requires taking a strong point of view on that moment in time. How do the physical garments reflect the characters and the world of the play in an honest and compelling way?”

Costume design is a deliberate, time-consuming process. Much of her time is spent reading, researching and solving problems, and also drawing and dreaming. For “Romeo and Juliet,” director Eric Rosen wanted the men to carry swords, so that eliminated a modern-day look, she said. They began looking at the painting of Francisco Goya, whose art reflected the virility and sexuality Rosen aimed to create for the production. 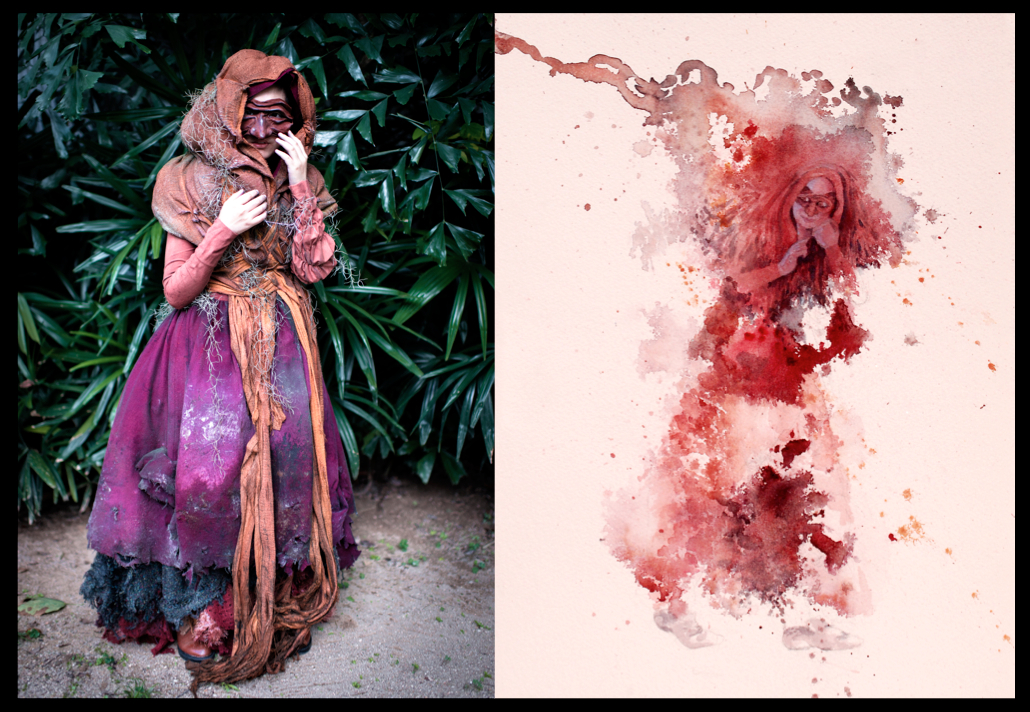 With the initial creative spark ignited, Gaston and co-designer Lindsay W. Davis began exploring color palette and sketching preliminary designs using body-conscious, movement-friendly silhouettes. After approval and several sessions with the director, designs went to the KC Rep shop, where the designers’ vision became reality as they worked with a team of talented drapers, cutters and stitchers.

A costume designer must always be prepared for the unexpected, whether it’s a change in the budget, the director’s vision or a character’s waist size. As a student at Wake, Gaston created a purple dress for one of the characters. It wasn’t until the first dress rehearsal that she saw the purple dress turn fluorescent red under the stage lights. She redesigned that costume in record time. 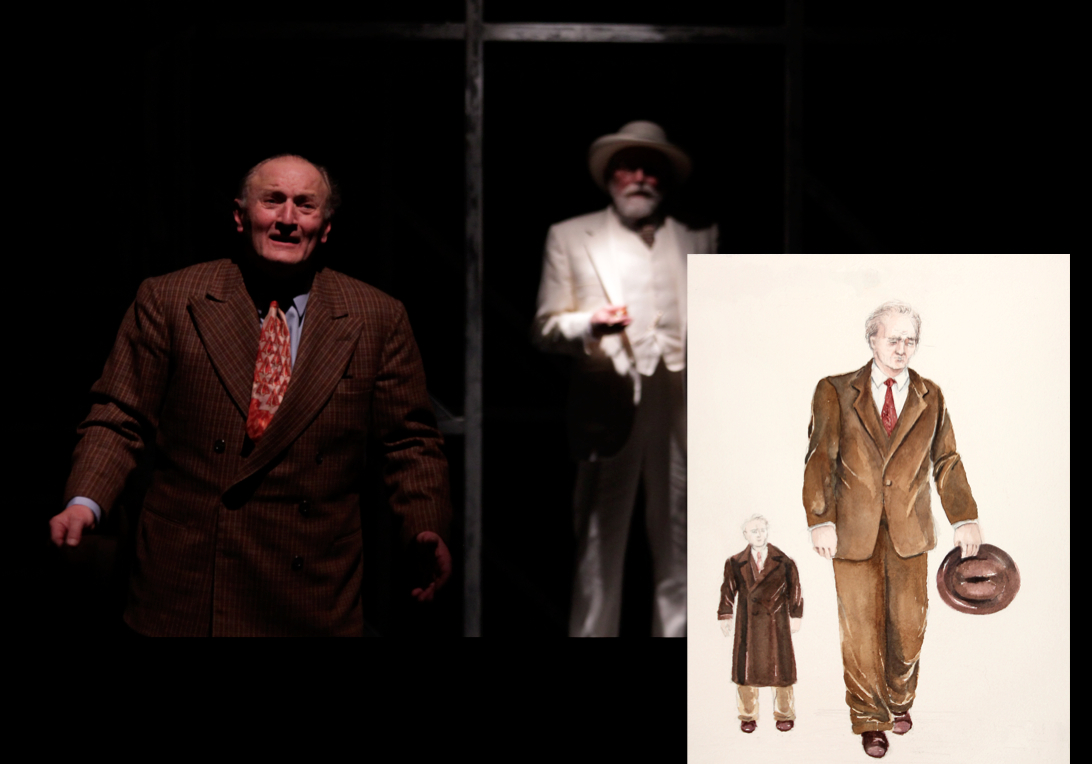 Willy Loman in ‘Death of a Salesman,’ conceptual design

After her master’s degree Gaston plans to move back to New York City, hoping to find work as a costume designer in theatre/opera with opportunities for international travel. She would like to be involved in new works where she can be part of the initial creative process.

In the Wake theatre department, “Students exercise their artistic knowledge and experience working with a department of incredibly influential creative forces. The environment challenges students but also gives them the liberty to explore on a personal and creative level,” said Gaston. “A fine line but so important. I had both the guidance and freedom to develop marketable artistic skills but also find my creative voice.”