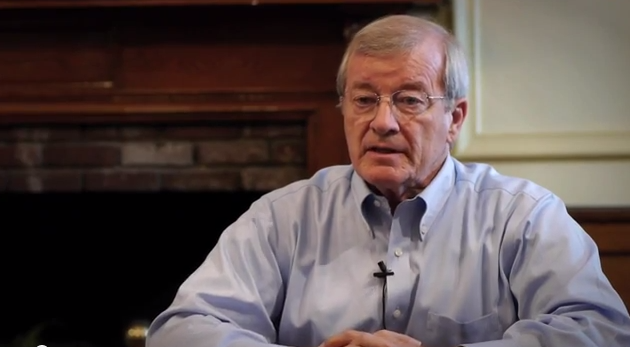 When Durham, N.C., Mayor William Bell recently vowed to wage war on poverty, he praised the good work already being done in the city by the Rev. Tracy Melvin “Mel” Williams (’65).

Williams, a retired minister, is the co-founder of End Poverty Durham, an interfaith and community advocacy coalition committed to ending what he calls the “scourge of poverty.”

Bell devoted most of his State of the City address in early February to launching a new emphasis on reducing poverty in Durham. He cited End Poverty Durham’s “laser-like focus on how we as a community can work together to reduce poverty.”

It’s a daunting challenge in Durham, North Carolina’s fifth-largest city with about 230,000 residents. Statewide, the poverty rate is about 17 percent; Durham has a 21 percent poverty rate, the sixth-highest rate in the state, according to statistics cited by Bell.

Even worse, Williams said, is the 27 percent child poverty rate, which is as high as 63 percent in one East Durham neighborhood.

“It’s shameful, dreadful, terrible and, in my business, I would say sinful that we allow this to happen,” said Williams, retired senior pastor of Watts Street Baptist Church in Durham. “We have everything we need to eliminate poverty in Durham; we just have to find the will to do it.”

Williams, 70, cofounded End Poverty Durham in 2004 and has served as its coordinator since retiring from Watts Street Baptist in 2012. He devotes much of his time to encouraging churches and community organizations to join forces to fight poverty.

End Poverty Durham sponsors the Durham Economic Resource Center, which helps address the basic needs of those living in poverty, fosters partnerships with other agencies to address the root causes of poverty and offers a job training program. In the last five years, about 275 people have received job training; 75 percent of those have jobs or are pursuing additional education, Williams said. End Poverty Durham, along with Durham’s Partnership for Children, also sponsors an early childhood initiative to reach children living in poverty.

Williams is optimistic that an ambitious new program called REAL Durham (Relationships Equipping Allies and Leaders) will have a major impact on lifting families out of poverty. Based on the National Circles Campaign, the program will match a family in poverty (leaders) with a team of volunteers (allies), who will meet weekly for 18 months. “Leaders” will be expected to set goals to lead themselves out of poverty, while “allies” will provide long-term support and help finding better jobs or access to child care or health care.

“It’s a way of intentionally developing relationships across the lines of privilege and poverty … to help people move to self-sufficiency,” Williams said, and a way to change perceptions. “Poverty is not a character flaw. It’s not ‘us’ and ‘them.’ We’re all in this together. It’s ‘our’ poverty.”

Williams hopes more churches will take a more active role in reducing poverty beyond providing short-term charity. “All faith traditions have a mandate to care for the poor,” he notes. He’d like to see more church members put “faith into action” by committing to long-term, personal support to help break the cycle of poverty. 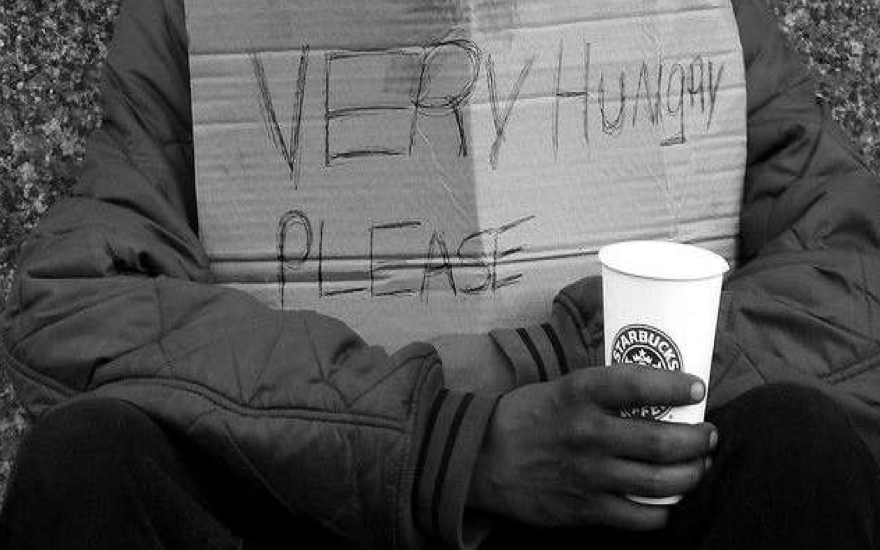 Williams’ passion for fighting poverty is rooted in his faith and in his own background, “growing up on the edge of poverty.”

“There are 25 people behind me who made it possible for me to be here. I’m not a self-made person. People who are poor often do not have that kind of support system.”

A native of Aberdeen, N.C., and the oldest of four boys, he came to Wake Forest on a Hankins scholarship. His parents — his father was a truck driver, his mother a homemaker — never could have afforded to send him to Wake Forest on their own, he said.

He was already planning a career in the ministry but Martin Luther King Jr. inspired his path. Williams was a 19-year-old sophomore when King spoke in Wait Chapel on Oct. 11, 1962. He can quote from memory King’s words that still inspire him a half century later: “The church … has been a taillight rather than a headlight in the area of race relations.” 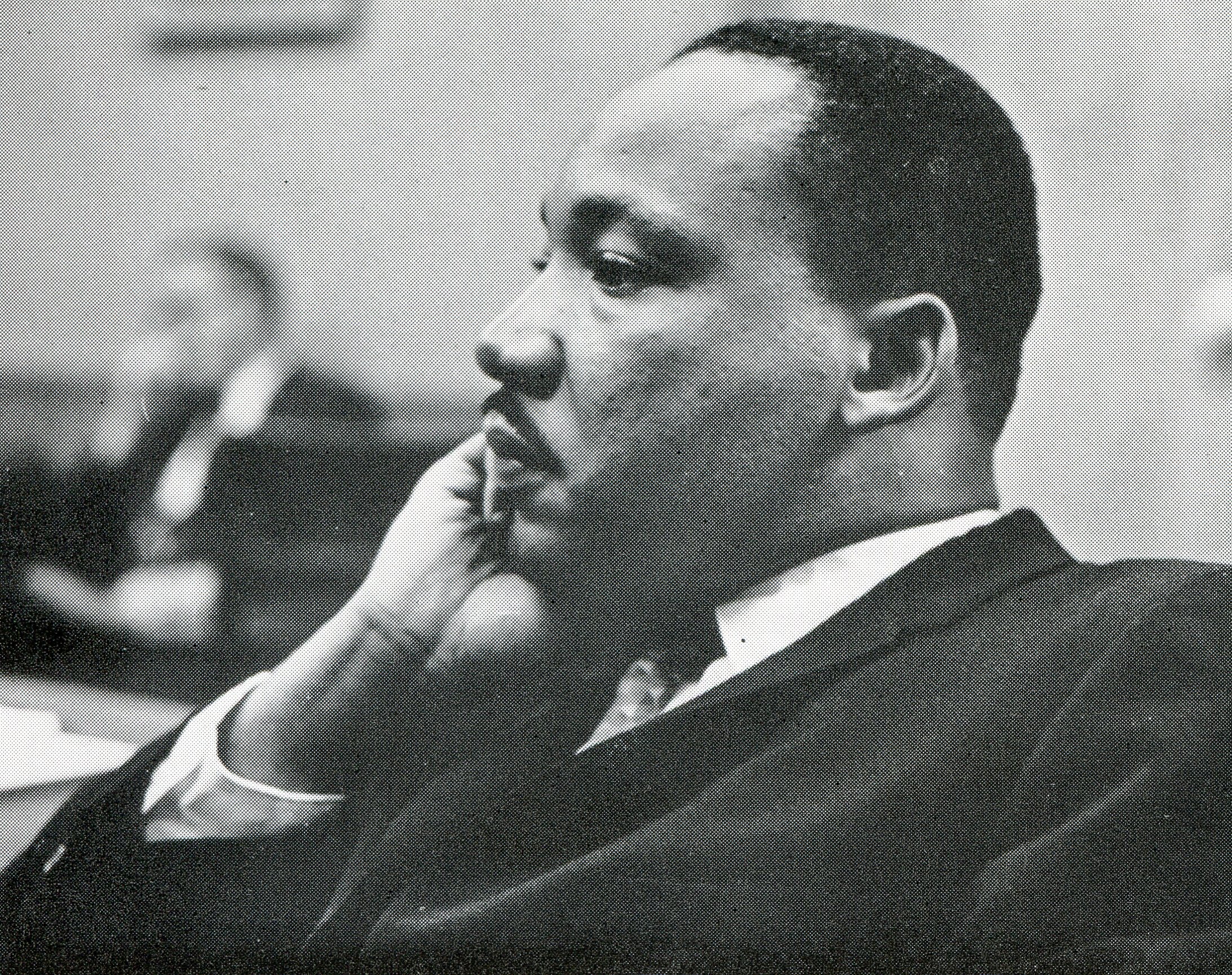 Mel Williams still remembers Martin Luther King Jr.’s words at Wake Forest: “The church … has been a taillight rather than a headlight in the area of race relations.”

“I decided then that in my ministry I would make a determined effort to help the church be a headlight, a leader in racial reconciliation,” Williams said. “Since poverty and race are closely connected, I’m still involved in that mission.”

After graduating from Wake Forest, he didn’t have the money to attend divinity school until a member of his church paid his way to Yale Divinity School. He served churches in Decatur, Ga., and in Raleigh before being named pastor at Watts Street Baptist in 1988.

Since then, he’s been involved in a number of faith and community efforts to address poverty, racism and gun violence. He refers to Martin Luther King Jr.’s Wait Chapel speech again: “His word ‘maladjusted’ has also stuck with me. We must remain ‘maladjusted’ to racism and poverty and injustice.”

Ten years into his efforts with End Poverty Durham, Williams isn’t naïve enough to think that he will soon finish that mission. But with the mayor’s support and new initiatives such as REAL Durham, he’s optimistic that the poverty rate can be cut in half in the next 10 or 15 years.

“We’ve been bushwhacking at the base of this mountain of poverty,” he said. “With the mayor’s focus, maybe that will help us move the mountain. Twenty-seven percent (child poverty rate) is unacceptable. If we can’t do something about that in a city as progressive as Durham, where is it going to happen?”