In 1981 a group of freshmen women found themselves acclimating to Wake Forest; several were far from home and each was looking to find her niche at a new school among new friends.

Though they met at various times during the college experience, eventually their paths converged in the Fideles society (now Chi Omega sorority), and by the time they graduated in 1985, theirs was a bond forged through shared experiences like classes, parties, tailgating, late-night food runs and study time.

Little did they know back then that over the next nearly-30 years their soul sisterhood would grow stronger — not as a result of location or social media, but thanks to an unbroken circle of round-robin letters and photos. 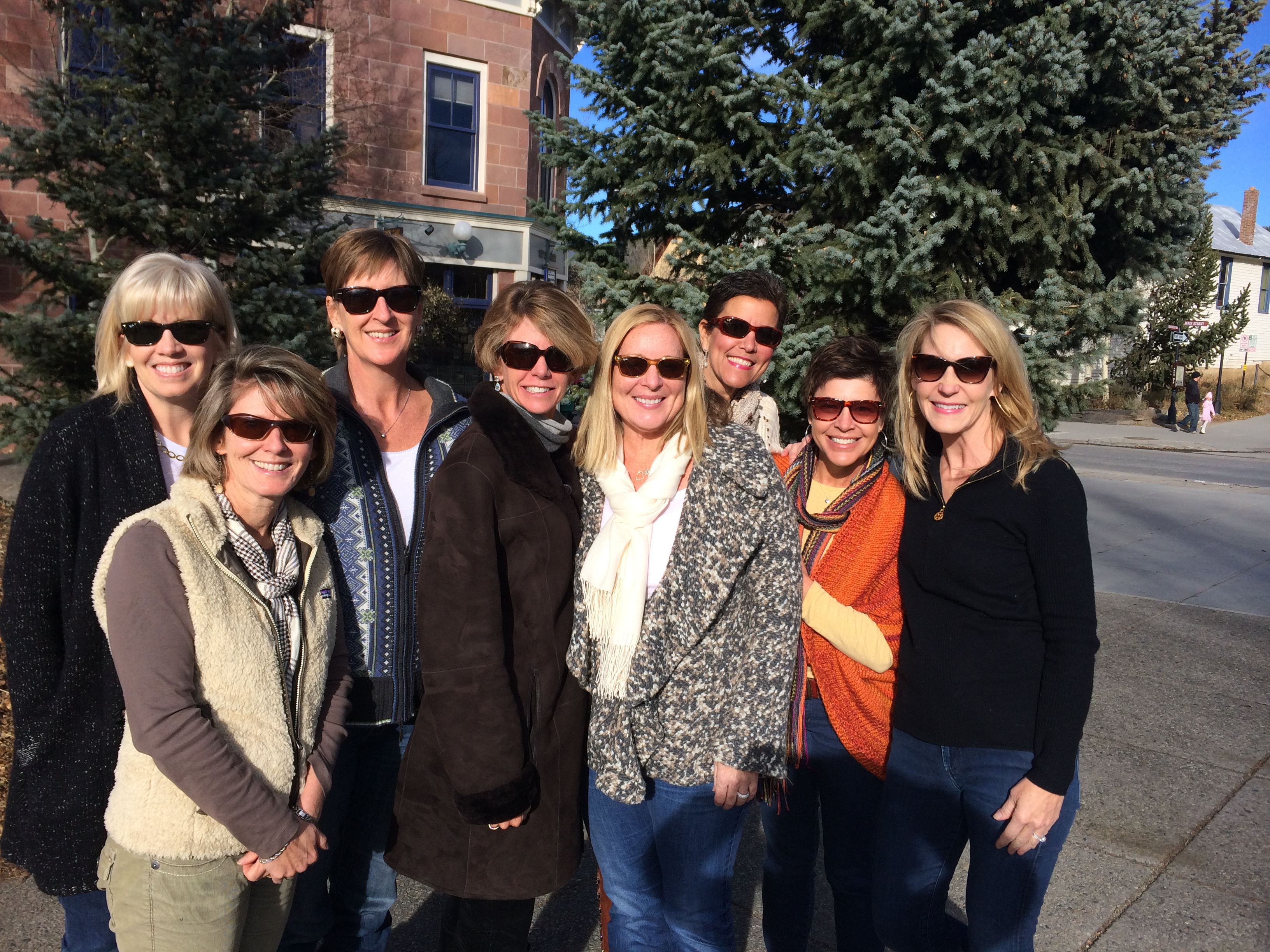 The beloved round-robin letters tradition was the brainchild of Susan Williams Brodeur and began about 25 years ago with an envelope, containing one handwritten letter and some photos, sent from her home in Jacksonville to nine of her Fidele sisters: Becky Forrester Lundberg of Indianapolis, Ind.; Katie Carter Zimmer of San Diego, Calif.; Valerie Van Slyke Schlosser of Houston, Texas; Kendra Beard Graham and Tish Laymon Alessandro of Winter Park, Fla.; Louise Blake York of Raleigh, N.C.; Kathy Bourne Borton of Winston-Salem, N.C.; and Dianne Mayberry of State College, Pa.

As the envelope made its way across the country and back, each friend read the enclosed letters, looked at the photos, then wrote and included her own. When the letters circled back around, the recipient removes her last letter and pictures, replacing them with new ones — and the circle remains unbroken. Brodeur saves her letters and photos in a file as a “snapshot” of her life.

“The round-robin letters started in the days before Facebook and before texting was so commonplace, so it really put the glue in our friendships before technological advances made it so easy to reach out to friends,” says Brodeur, “Real letters, handwritten or typed, are a much ‘deeper’ way to connect than through Facebook.” 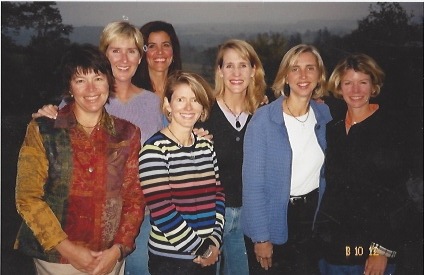 Each time she receives the now-thick envelope filled with family photos and typed or handwritten letters. York cherishes the “visit” with each friend. “We don’t gloss over the realities of life, rather we are authentic in our relationships,” she says. Over the years we have laughed a LOT together, encouraged each other, cried together and supported each other. There have been marriages, births, adoptions, loss of parents, illness, graduations and much fun.

“Many people now may think we’re crazy because everyone keeps in touch via the Internet, but there’s something very exciting about going to the mailbox and pulling out the big RR envelope,” says Dianne Mayberry, who came to Wake Forest from Pittsburgh, Pa. “I usually start opening it and look at the pictures before I even get back to my house.” She wonders how many other Wake grads have a group of friends that have remained as close as hers.

Kathy Bourne Borton came to Wake Forest from Kingsport, Tenn., and says many of the round-robin letter writers lived together at various times in college and they all lived in New Dorm (now Luter Hall) their senior year. “Back when the letters started the pictures were such an integral part of the process, to share our growing families, especially prior to social media,” says Borton, whose daughter, Chandler, is the first of the group’s collective children to become a Wake freshman. “Over the years they have kept our group closely connected and strengthened our friendships through the ups and downs of life.” 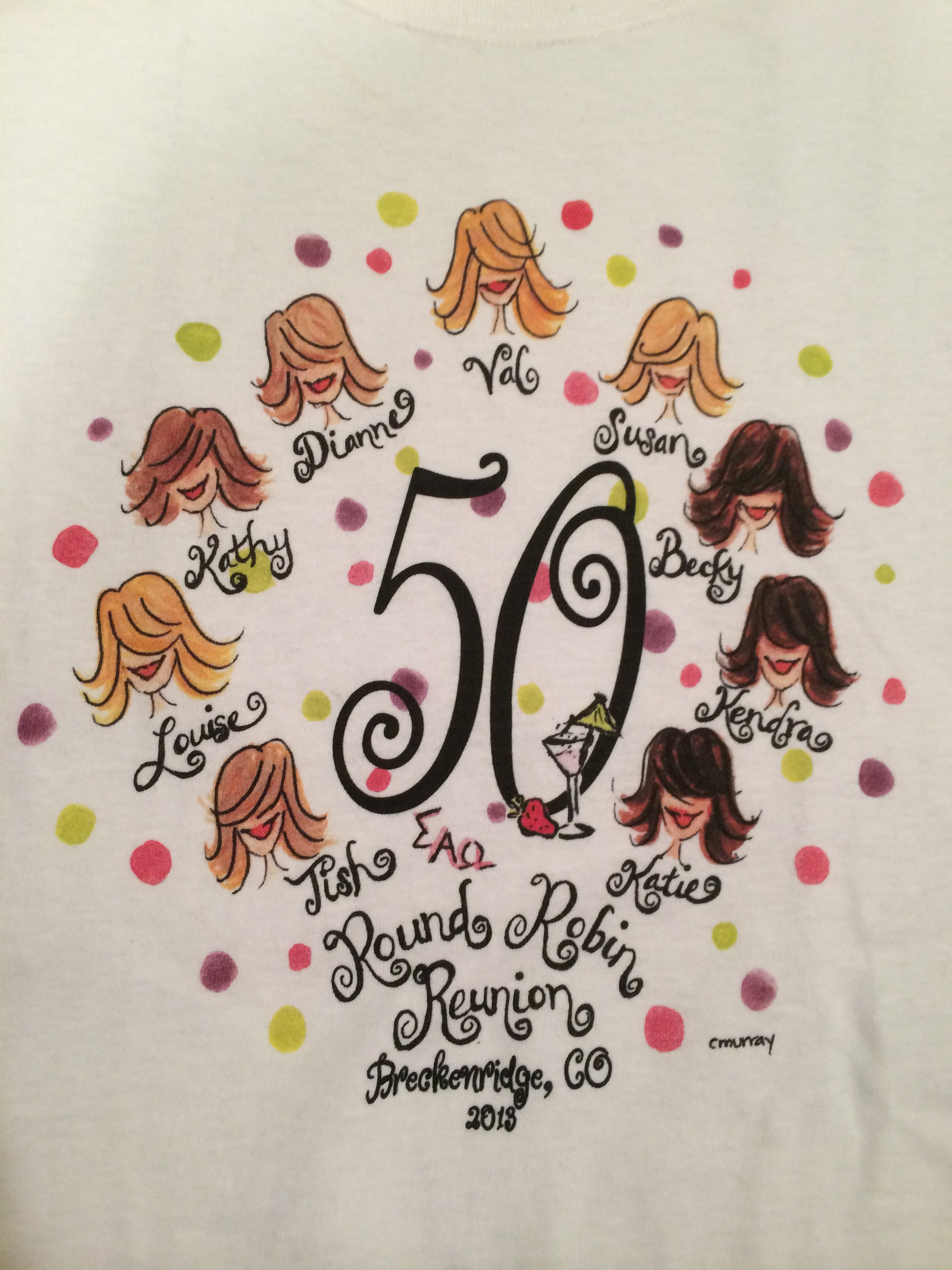 The group had T-shirts created to commemorate their 50th birthdays and 24 years of round-robin letters.

The round-robin letters have been more than cheap therapy says Becky Forrester Lundberg, who came to Wake Forest from Tullahoma, Tenn. As the women aged away from discussing college life to more serious topics, she says, they found intelligent and supportive resources among themselves. “Somebody always had a good perspective on the issue and shared that; we weren’t alone, and we were also getting advice from those who really knew us, knew our baggage, knew our history,” Lundberg says.

Valerie Van Slyke Schlosser notes the letters helped her family “get to know” her round-robin friends. Her daughter attends a west coast school so Schlosser is glad she’s seen how college friends can influence one’s life. Recalling a line from the ‘The Big Chill’ when Nick (William Hurt) says, “A long time ago we knew each other for a short period of time; you don’t know anything about me,” Schlosser says, “In general I think that can be true about a lot of relationships that began in college. But our round-robin letter tradition kept that from happening.” The group would agree, she believes, their closeness is as much a result of the almost-30 years since graduation as it is from the years they lived together on Fidele Hall.

Back in the day, the letter could travel around the country every three or four months. These days, it often takes 18 months to make the return trip, but Kendra Beard Graham still gets the same wonderful feeling when it arrives. “Often times, I will set it aside and save it, savoring the fact that I have it. I never want to rush through the letters; it’s quality time with my dear friends and their families, catching up on all the latest news even though it might be a bit dated by the time I am reading it.” Echoing several Fideles sisters, Graham says she will be forever grateful for a fine education but cannot put into words the importance of her round-robin friendships.

There have been occasional face-to-face reunions in Winter Park, Virginia, Winston-Salem and Breckinridge, Colo., but it’s the round-robin letters that have kept them together. “The irony is that I could call, email or text any of these women; I can post pictures on Facebook, Twitter or Instagram,” says York. “However there is something both personal and nostalgic about the letters. Like our friendships, they have stood the test of time.”