Furr (’80, JD ’82) and his business partner, David Hynes, have partnered with DC Entertainment and Warner Bros. Consumer Products to create the Superman Hall of Heroes, an online gift-giving portal business to recognize local heroes. Furr and Hynes signed a 10-year exclusive license agreement last year with the two entertainment giants to promote the Superman brand through the Hall of Heroes, NASCAR and other ventures. 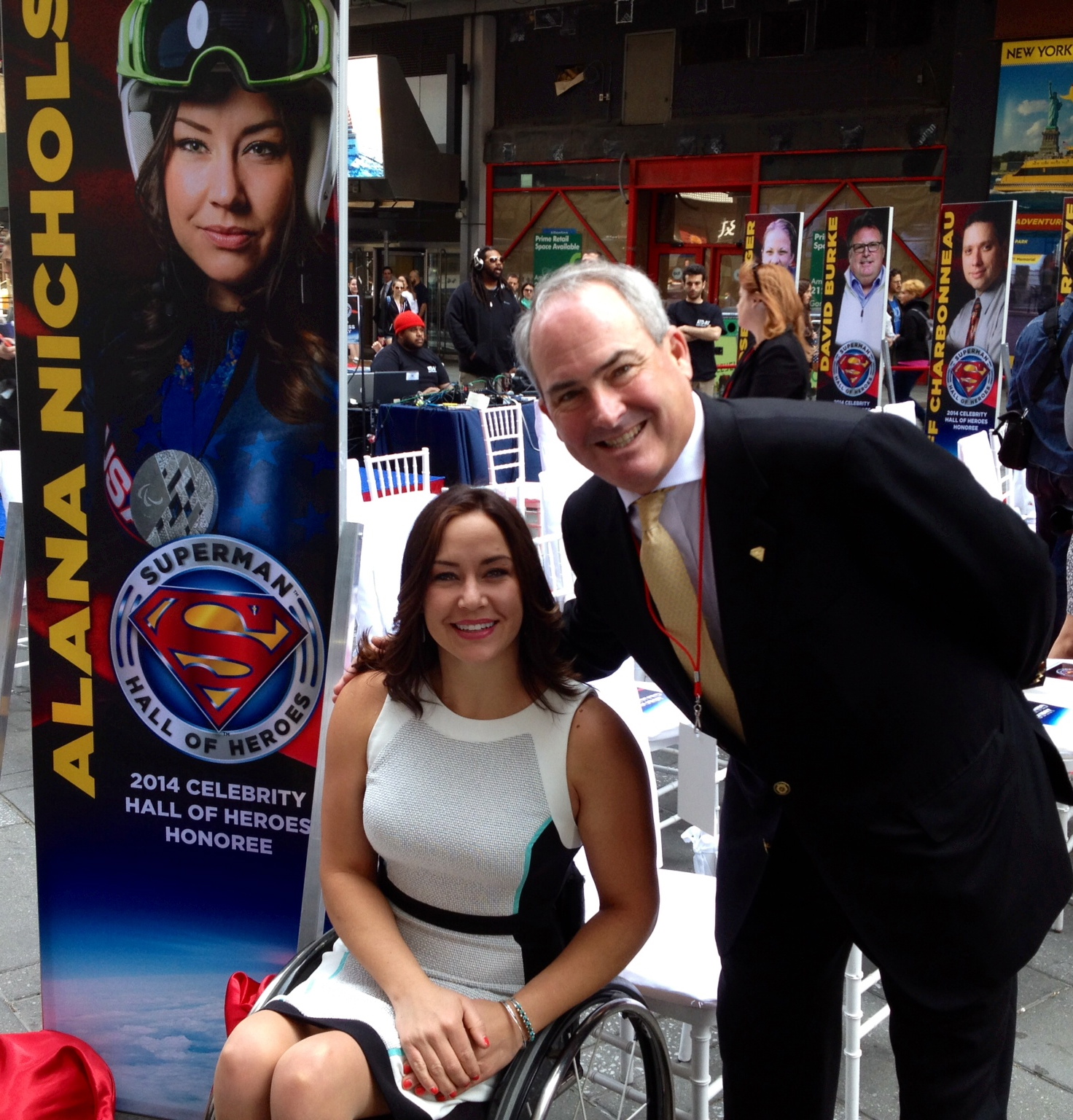 Furr is an attorney in Gastonia, North Carolina, but he has spent much of his career putting together marketing campaigns, promotional-branding deals and product-licensing agreements for Warner Bros. Consumer Products, NASCAR and other sports and entertainment groups.

At the official kickoff of the Superman Hall of Heroes in Times Square on May 13, an inaugural class of 10 celebrity heroes was inducted, including the late actor Christopher Reeve, star of the 1978 “Superman” movie; basketball legend Shaquille O’Neal; former U.S. Army soldier and Medal of Honor recipient Sal Giunta; national Teacher of the Year Jeffrey Charbonneau; and Paralympic gold medalist Alana Nichols.

A new class of celebrity heroes will be inducted each year, but the real purpose is to provide an opportunity to recognize “hometown heroes,” Furr said. 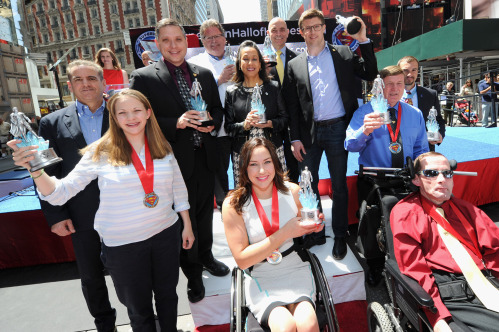 Ten celebrity heroes were inducted into the Superman Hall of Fame.

“This shows the power of combining the Superman brand with Wake Forest’s message of Pro Humanitate to recognize those people who make a difference in our lives who might not otherwise be recognized. My number one dream is to create a legacy of the heroic and everyday deeds of normal, ordinary people and what they do every day to make a difference in the world.”

Individuals can submit a story and photo to SupermanHallofHeroes.com to honor someone — a parent, teacher, coach, mentor — who has made a difference in their lives. Several levels of recognition are available, ranging from $4.99 for an award certificate up to $49.99 for an array of Superman Hall of Fame-themed merchandise.

A portion of the proceeds will be donated to the Christopher & Dana Reeve Foundation and other charitable causes. Part of the proceeds will also support The Red Cape Crew, a new community outreach program launched with the Hall of Heroes, which Furr said will support causes across the country.

A partner in Gray, Layton, Kersh, Solomon, Furr & Smith P.A., Furr lives with his wife, Pam, in Charlotte. He has helped promote NASCAR for more than 20 years and was outside counsel to the late racing legend Dale Earnhardt. He created the Superman Hall of Heroes through his business partnership with Hynes, president of Victory Management Group, a sports-management company in Charlotte.

Expect to see a lot more of Superman in the coming days, Furr said. NASCAR, Warner Bros. Consumer Products and DC Entertainment recently announced that Dale Earnhardt Jr.’s No. 88 Chevrolet will have a Superman-themed paint scheme featuring the Army National Guard and the Superman Hall of Fame at this weekend’s Coca-Cola 600 race in Charlotte and at next month’s Quicken Loans 400 in Michigan. Furr said that Earnhardt will induct the Army National Guard into the Superman Hall of Heroes during a pre-race ceremony at Charlotte Motor Speedway this Sunday.

If it all sounds like an out-of-the-box pursuit for a lawyer, Furr offers a quick explanation. “Wake Forest teaches you to dream, to think big and to really believe in yourself,” he said.