Truth is, I came to Wake Forest reluctantly.

I wasn’t one of the starry-eyed freshmen wanting to become a Deacon. Because of the need to be near my mother during a difficult time in her life, I hurriedly applied to Wake in April of my senior year in high school, less than a month after my father’s sudden death here in Winston-Salem.

Wake Forest took me in. Even if I didn’t want it to.

It was a different Wake Forest then. A small Baptist school, Wake was notable for compulsory chapel every Tuesday and Thursday; mandatory Old and New Testament courses; near racial segregation; and dormitory bed-checks.

Far more male students — many North Carolina Baptists — were admitted than female students. There were only two female dorms, which the male students labeled “The Cow Palaces,” an unsubtle dig at the “brainy” coeds they deemed too smart and not pretty enough.

My first years here were undistinguished academically and nearly-surreal socially. I was one of a handful of “hippies” on a conservative campus in the late ’60s and early ’70s. (One vivid memory was the night a group of us, candles in hand, processed up to President James Ralph Scales’ home (now Starling Hall) to protest the Vietnam War, some of us demanding a campus chapter of SDS (Students for a Democratic Society). President Scales answered the door in his pajamas, listened to us for a few minutes, then told us to go back to our dorms and go to bed, as he was going to do. Some revolutionaries — we blew out our candles and trudged back to the dorms.)

Yet, try as I might to not fit in, Wake Forest wouldn’t let me go.

I eventually found a home in the English department and as a minor player in the Theatre department. And I took Romantic Poets with Ed Wilson (’43). Hearing Ed read and teach Keats’s “Eve of St. Agnes” and “Ode to Melancholy” changed my life, and to this day, I cannot read those poems without hearing his sonorous Southern voice caressing the vowels. Wake offered poetry to me like fruit ripe on a platter held by such professors as Wilson and Elizabeth Phillips, who introduced me to Eliot, and Stevens, Dickinson and Whitman.

I graduated a different person, more confident, more engaged. So different that I applied for the master’s program in English, and again, Wake Forest took me in. 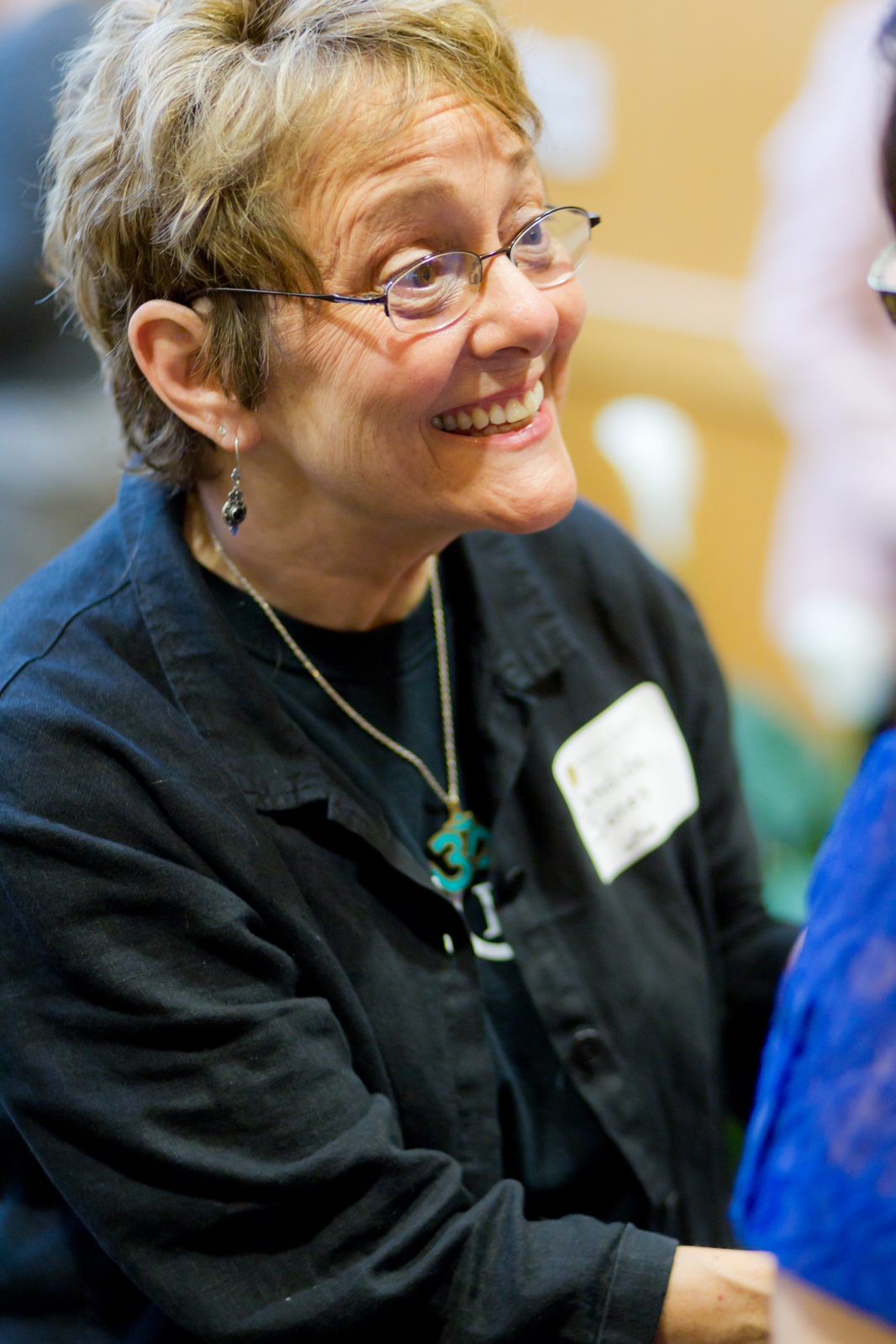 The small size that had felt claustrophobic in undergrad felt embracing in graduate school. I was surrounded and supported by an engaged faculty who knew me, understood my history and cheered my trajectory. Phillips guided my thesis on Whitman’s ‘Children of Adam’ poems. (My thesis second reader, John Carter, couldn’t abide the verbose, free-wheeling Whitman, and wrote on my final draft, “Whitman’s messy romantic ragout is unappealing, but you serve it up well.”)

One of the most important professors was the most challenging: Dillon Johnston, whose Joyce class was as daunting as it was exhilarating.

Now fast-forward many years, and many life experiences later. In 1989, I had — at age 39 — my only child; a son so treasured because his arrival was both unlikely and long yearned-for. I had stopped working (for years, I was a food journalist and a restaurateur) to take care of him, and had only just begun to consider going back to work part-time. In 1990, Dillon contacted me and asked if I’d be interested in working part-time for Wake Forest University Press, the Irish poetry press he and Ed Wilson had founded in 1976.

I knew nothing about publishing. I could barely use a computer. But I’d successfully managed businesses, the work was part-time and here was a chance to work with poetry! And Dillon! And Ed! How could I say no?

Despite my unfamiliarity with publishing, Wake Forest — once again — took me in.

That was 24 years ago, though trite as it sounds, in many ways it seems like the blink of an eye. For over two decades, I have worked for the premier publisher of Irish poetry in North America. I’ve watched both the press and the campus grow, seen the student body become more diverse, and had the joy of working with dozens of poetry-loving student interns. Many of them remind me of myself: looking for a place to feel at home, loving the vibe of our poetic demimonde in the basement of Tribble.

Dillon eventually joined his wife teaching at Washington University in St. Louis, though he remains an advising editor and friend. Professor Jeff Holdridge took his place in the English department and at the press. Best and most magical of all, Ed Wilson is still a strong supporter of the press, lover of poetry and palpable presence on campus.

A bit to my own surprise, I find that it’s time to retire. I’ve quite a bucket list, and want to get started. As of June 30, Wake Forest will let me go. But I’m not sure I can ever let Wake Forest go.

Proud to be a Deacon.

Candide Jones (’72, MA ’78) is assistant director of the Wake Forest University Press and was the catalyst for creating Forsyth Humane Society’s “A New Leash on Life” program, which pairs homeless dogs with inmates who train them so they become adoptable.