While they’re going through the line at The Hilltop Market in North Dining Hall it’s easy for hungry students to focus on the salad bar or soup du jour. But if they gaze upward they’re treated to a different kind of food — food for the soul. Custom wood cubbies bordering the ceiling are filled with stunning handcrafted pottery pieces designed by local artist and alumna Jane Patton Williams (MAEd ’76).

Williams’ connections to Wake Forest include a master’s degree in clinical counseling through the education department, as well as collaboration with John Williams, then chair of the psychology department, on a master’s thesis. The latter experience, she says, jumpstarted a career that included several years heading up a Duke Endowment project at the School of Medicine and an appointment as adjunct professor in the Department of Psychology. 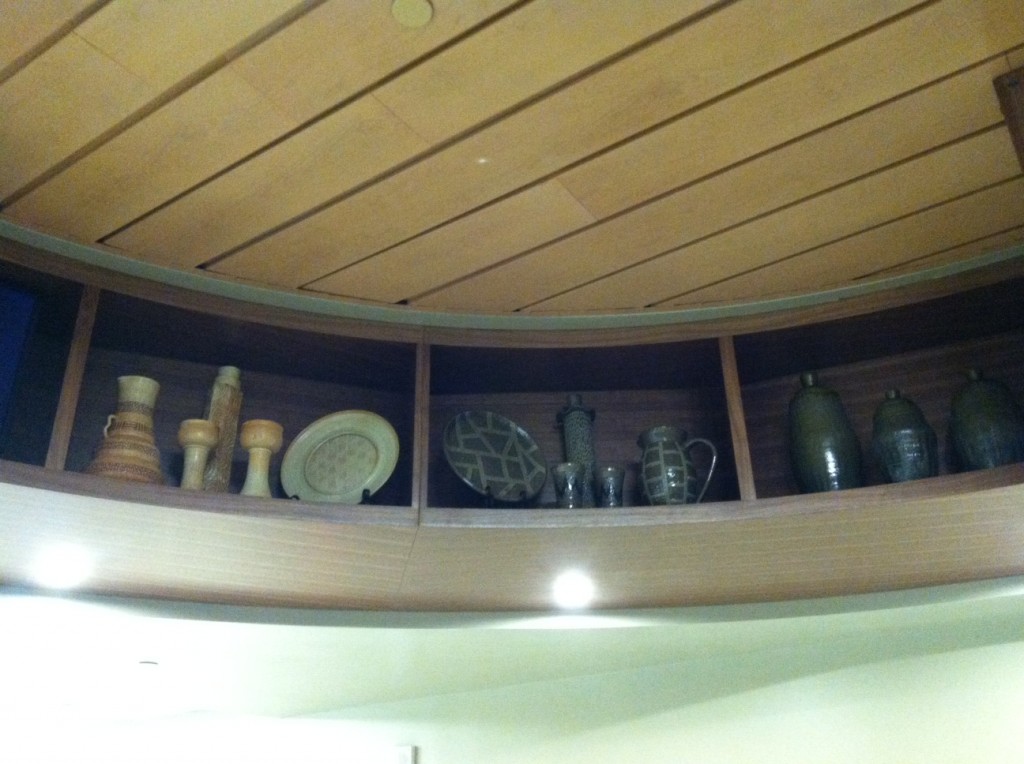 Now that she’s retired, her collection of oversized platters, bowls, chalices and oil bottles, with elegant textures and earthtone glazes, makes another connection.

“Wake Forest is very, very special to me in my career and also emotionally,” she says. “So much was given to me, and I have a chance to give something back that is permanent and means something to other people.” (See related Deacon Blog post on “The Wake Forest Way.”)

Williams moved to Winston-Salem in 2003 with her husband, Roger, also a retired psychologist. They live downtown, and one day she walked over to Sawtooth School for Visual Art to see what was going on. She became “really hooked” on pottery and has been creating her own for the last nine years. 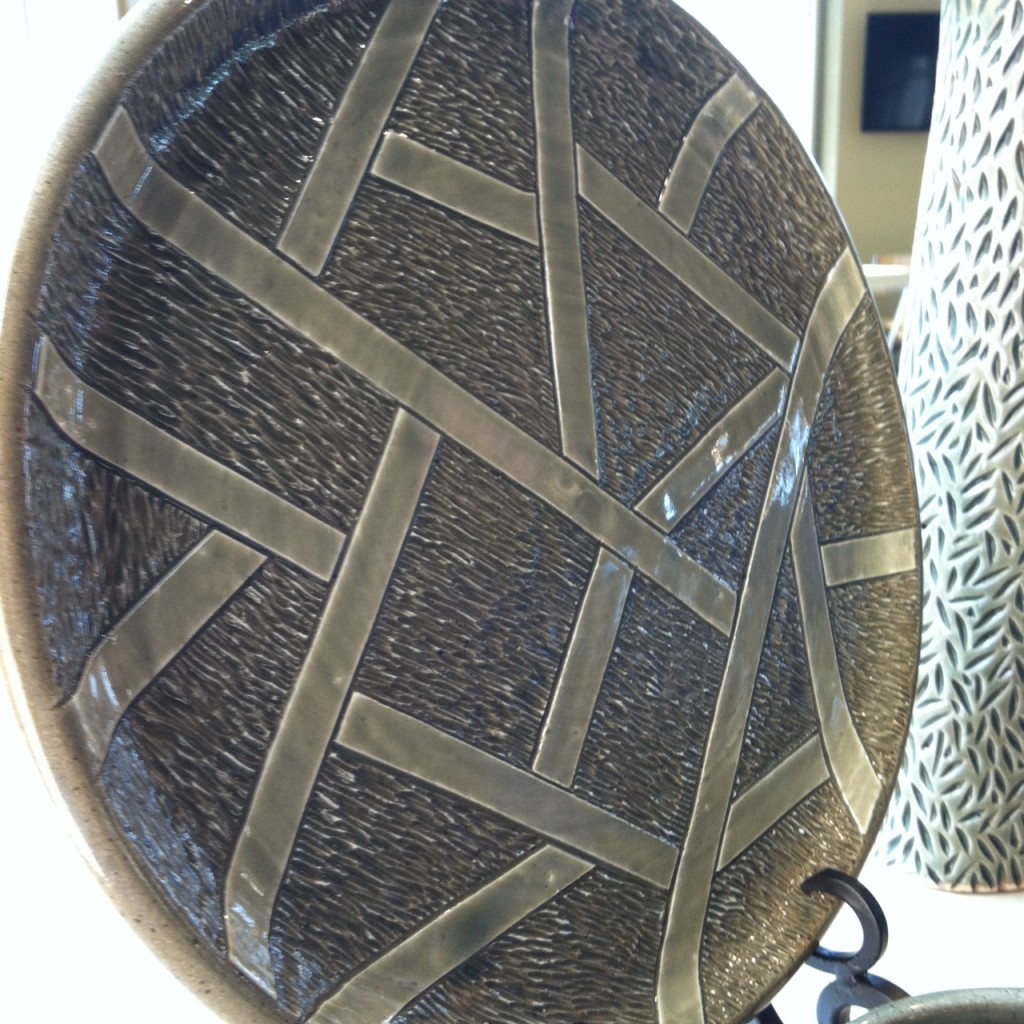 In 2012 she and a colleague created a collection of houses presented to Jonathan Reckford, CEO of Habitat for Humanity, when he gave Wake Forest’s Baccalaureate address. The collection remains on permanent display at HFH headquarters in Atlanta.

Paul Borick (P ’89), architect and senior project manager for Facilities and Campus Services, noticed Williams’ pottery at the annual Wake Forest Artisans’ Fair. There were several talented potters, carvers and stained glass artists at the event, he says, but something about her work just stood out.

“Her pieces seemed to be just the right genre for the new dining facility in shape, color and texture,” says Borick. “They are also timeless, which will hopefully make them a permanent part of the new facility for many years to come.”