Sue Rheaume Leadem (’86) hopes her daughter finds the same “magical experience” that she found at Wake Forest when she arrived as a freshman in 1982.

Leadem and her husband, Rich (’86), reminisced about their own college experiences while helping their daughter, Madeline, settle into her new home on Aug. 21.

About 1,200 new students from 43 states and 28 countries moved onto campus on a hot, humid day. Wake Forest staff, local alumni and members of the football, women’s soccer and volleyball teams lugged suitcases, racks of clothes, large-screen televisions and futons into the six residence halls on South Campus. The marching band welcomed the Class of 2018 with the fight song, while the Demon Deacon posed for photos with students and parents.

“They’ve always shared their love for the school so that was one of the reasons that I came here, because they had such fond memories and had such great experiences,” said Madeline Leadem, who is from Charleston, South Carolina. Her cousin, Evan Leadem (’11), is a third-year law student at Wake Forest.

“They’ve always shared their love for the school so that was one of the reasons that I came here, because they had such fond memories and had such great experiences."

Sue Leadem counts the late professor Maya Angelou as one of her mentors and the friends she made in the SOPH society as among her closest friends today.

“My college years were such a great time of personal discovery, and I can’t imagine anything better than being surrounded by Wake Forest faculty, students and administrators,” she said. “What I wish for Madeline is her own magical experience.”

Perhaps no one in the freshman class has more family ties to Wake Forest than Sidney Murray of Purcellville, Virginia. Her parents, Elwyn (’89, MBA ’94) and Wendy Lewis (’89, MBA ’94) Murray, met at Wake Forest. Her grandparents on both sides also attended Wake Forest. And then there are the 25 or so aunts, uncles and cousins who are alumni, including cousins Rob Case, who’s also a freshman, and Maggie Case Wallis (’09), the children of Laura Murray (’81) and Lou (’78, MBA ’80) Case of Raleigh, North Carolina. 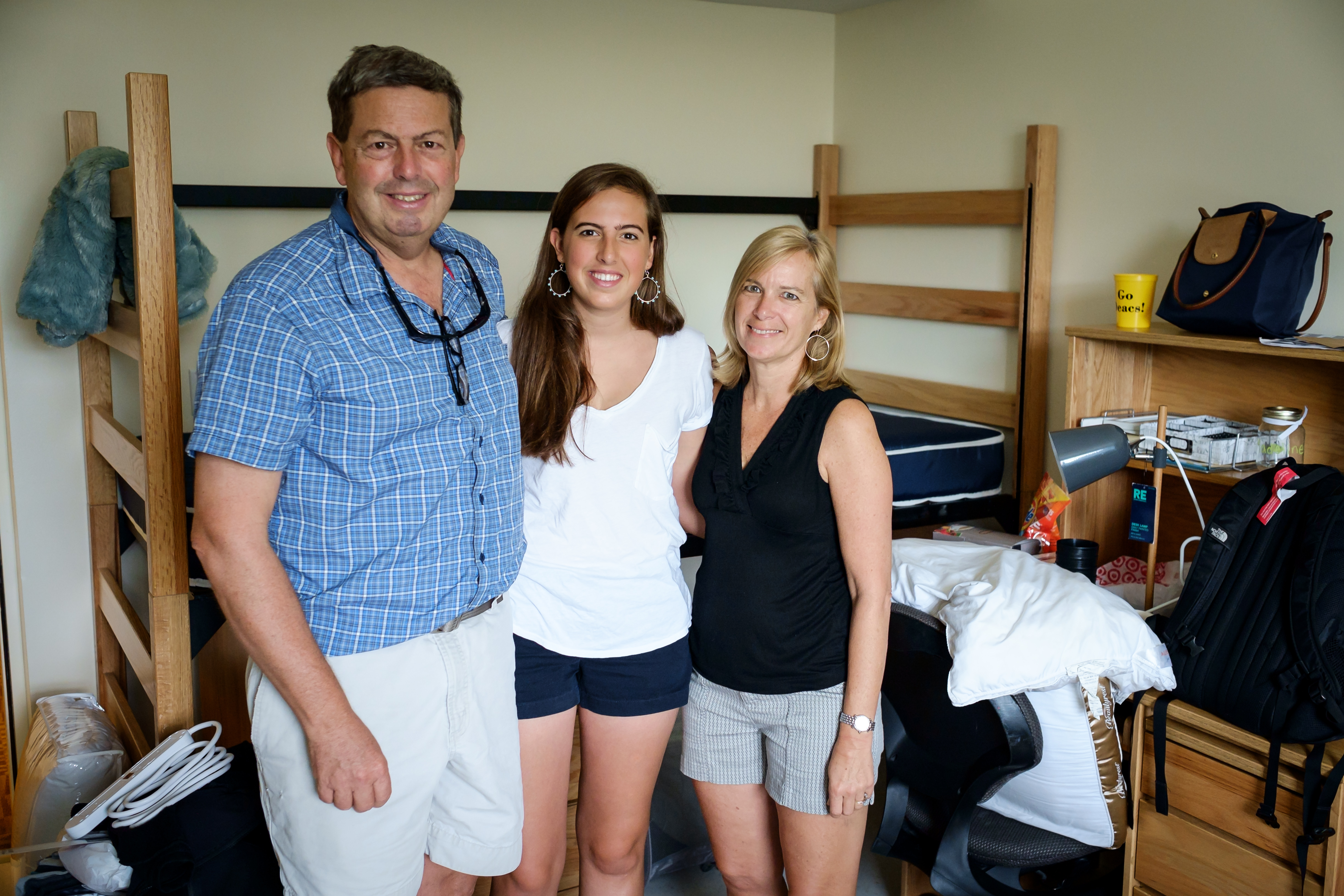 Elwyn Murray remembers moving into his small room in Kitchin Dorm facing the Quad and Chaplain Ed Christman’s (’51, JD ’53) “What’s in a Name” orientation speech. The Murrays met their sophomore year in a biology lab while dissecting a fetal pig. “He made me laugh,” Wendy Murray said. Elwyn Murray says his wife did much better in the class than he did. “I was distracted.”

After Sidney picked Wake Forest, family members were thrilled, her parents said. “We know the school and we know her, and knew it would be a phenomenal fit, but it had to be her choice” Elwyn Murray said. “We’re sad she’s leaving home, but she’s going to a home that we know and trust.”

"We know the school and we know her, and knew it would be a phenomenal fit, but it had to be her choice."

Barwick and Mitchell moved onto campus earlier in the week to attend Deacon Camp, a pre-orientation program to introduce new students to Wake Forest’s history and traditions. The program included a trip to the Old Campus and a visit with Provost Emeritus Ed Wilson (’43).

“I grew up going to football and basketball games and coming to camps on campus during the summer,” Mitchell said. “When I visited other colleges, nothing else had the same feel for me. I just felt like I belonged here. But my dad and grandfather never pressured me, but they did influence me because they made me fall in love with it. Once I made my decision they were very excited and started reliving their college experience.” 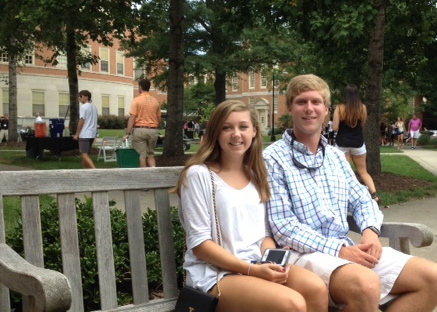 Crystal Leonhardt Sellers (’89) was reliving her college experience as she and her husband, Steve, helped their son, Will, settle into his room in Johnson Residence Hall, the same residence hall where Crystal lived her freshman year.

“As we pulled up, it brought back lots of memories,” Crystal Sellers said. “I told him that he’s going to love Johnson. When I was here, we had the tunnel (between Johnson and Bostwick).”

Crystal Sellers remembered that Johnson was an all-female dorm when she was a freshman, and it wasn’t air-conditioned. She recalled bringing a VCR with her to tape her favorite soap opera, “General Hospital.”

“There’s so much love around this place,” she said. “Will has felt that and known that growing up in the Wake Forest family, but now he gets to experience what mom’s told him about.” 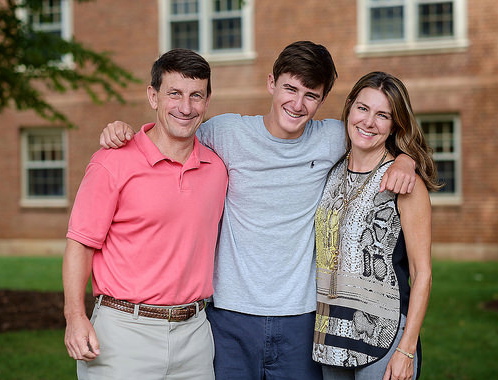 Will Sellers and his parents, Crystal ('89) and Steve Sellers of Charlotte.