Many people may not know that in the United States, with all its green pastures and dairy farms, certain breeds of cows are in danger of extinction. Eric Hallman (’77) was once one of those people. And he was shocked to learn that more and more commercial breeders are producing Holsteins, because their milk contains less fat, and discarding heritage breeds such as Jerseys and Guernseys.

“I didn’t know about all this, and I asked myself ‘Why don’t more people know about this?’ ” says Hallman, a Wake Forest psychology major who was inspired by one of his professors, Debbie Best (’70, MA ’72), to be a scientist. He left a job at a biotech startup to become executive director of The Livestock Conservancy, a national nonprofit dedicated to conserving the genetic diversity of livestock breeds and protecting the future of agriculture.

“A key point in feeding the world is that we won’t feed the world with the heritage breeds; we will need commercial breeds to meet the demand,” says Hallman. “But we forgot about the Irish potato famine. If you rely solely on one breed and throw the others away you’re setting yourself up for disaster.” Holsteins are so interrelated that they are the genetic equivalent of a herd of maybe 40 cows, he adds; if disease or genetic mutation attaches to that breed, it could precipitate a global crisis. 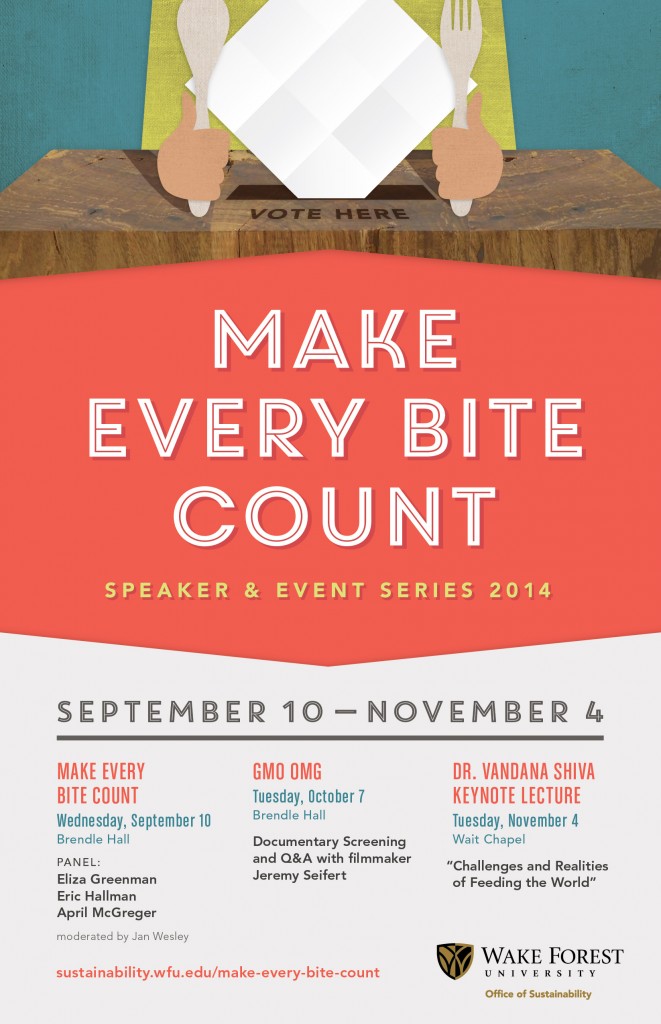 Hallman, who grew up in Charlotte, North Carolina, and lives in Hillsborough, earned his Ph.D from Washington University in St. Louis. He returns to campus Wednesday as a panelist in the “Make Every Bite Count” speaker and events series sponsored by the Office of Sustainability. The discussion begins at 7 p.m. in Brendle Recital Hall.

A scientist, educator, executive and civic leader, he got into his role at The Livestock Conservancy by “pure luck” and calls it one of the best jobs anybody could have. “I don’t have an agriculture background, but if you ask anybody they’re not too far removed from an ag experience — their grandfather’s farm perhaps — and you start to see their eyes mist up … .” The Livestock Conservancy has a small staff and relies on organization members to act as breed stewards. Their jobs are to work with farmers to discover forgotten heritage breeds and to develop programs to bring back disappearing breeds such as the original Texas Longhorn.

As the world moves toward a more monoculture agricultural system, he says, it is losing, at an alarming rate, breeds that will have traits we need in the future. “It would be as if we decided there were three dog breeds we all liked and all the other breeds decided to disappear because no one wanted them anymore. We would lose significant traits that are hard to reproduce, and that’s what’s happening in the livestock world.” You can breed out mothering instincts, parasite resistance and the ability for animals to forage for themselves, he says, traits that are especially critical to herds on small sustainable farms.

From the conservancy’s perspective it’s part of a broader movement about being aware of where your food is coming from. “You may buy a package of chicken and have no connection to where it came from,” says Hallman. “Making every bite count is an awareness and recognition of our food supply, and what people and animals went through to get it to you.”